Let's Make a Cake!
we'll need some milk for the cake...some cream for the frosting... 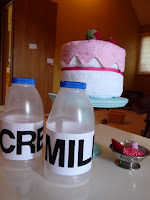 I'm such a dork sometimes...I get compelled to save all kinds of packages and containers because they could potentially be used to make something cool.  Before our move, I was sorting through everything and found quite a bit a "trash" that I had saved around our apartment...and forgotten about...just adding clutter and I tossed it rather than packing it...albeit it wasn't easy....so when my husband was about to throw these two honey containers in the recycle, I stopped him and said "I could use those for something!" and he put them back on the counter...but I promised myself I wasn't going to let the junk sit around this time so without any further ado...I quickly used them for something...TADA...gotta love those projects that provide instant gratification!
Milk & Cream
for the play kitchen! 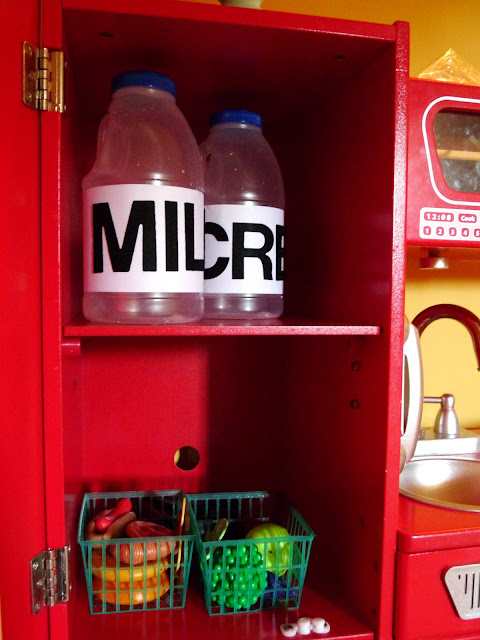 Those green baskets were also rescued from the recycle bin, our local grocery store sells strawberries in them. 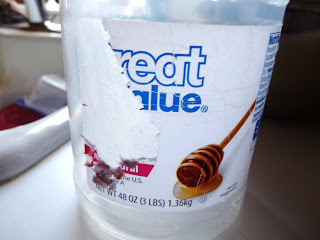 soak the container in some soapy water so the label is easy to remove... 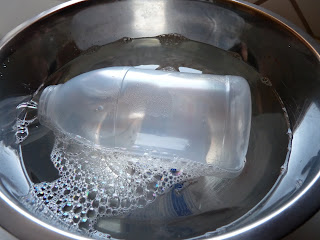 Get your stuff...
modgepodge and brush
white paper
scissors
stick on craft letters (or use a marker to write the letters, or cut them out with construction paper or use your cricut or silhouette if you are a spoiled crafter! :P) 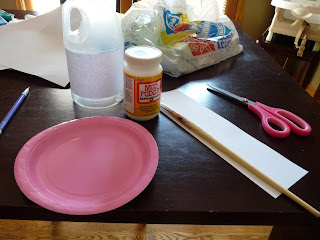 I trimmed a long strip of paper to fit the container to make a new label.
Brush modgepodge on container
Apply paper and press
stick on your craft letters...I had these stick on craft felt letters lying around, i bought them to make my halloween banner, but they were too small and I ended up cutting my own.
That's it! :)
I love when my daughter gets excited over stuff like this...a kid sized milk jug...I mean it was free and recycled and she gets new stuff to play with without being spoiled! lol!  WIN! 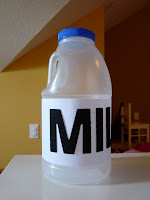 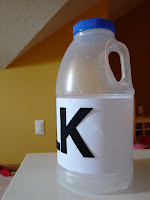 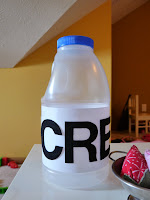 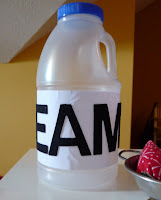 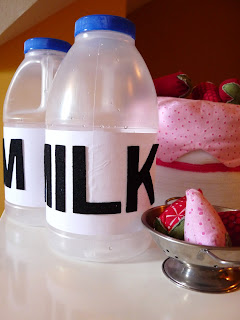