Make Your Own Bubble Machine 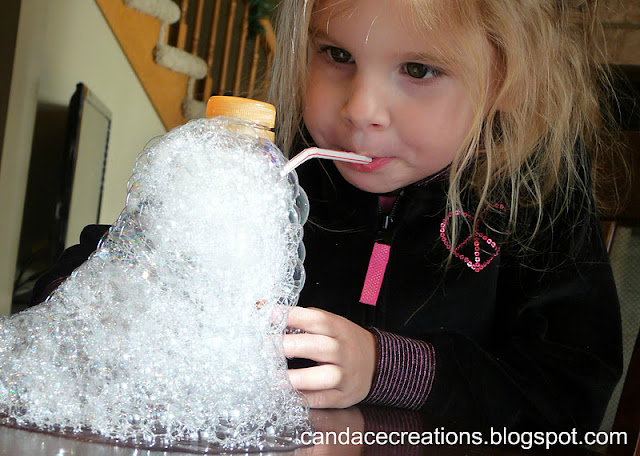 On another winter day last week that was sunny and beautiful looking but had some nasty freezing wind we were looking for some fun.  I found this old better homes and garden activity book that my MIL gave me that my mom also had for us growing up.  I remember when I was a kid with my brother, pouring through the books getting ideas for crafts, activities and experiments, my brother’s entire birthday party was doing almost everything from the outer space book.  Nowadays we just go on pinterest and find a million awesome ideas for anything and everything!!!  But it was fun to pull out the old book and read the page and tell my daughter we were going to make a bubble machine.  They loved this, even my 20 month old figured this out quickly and didn’t even accidentally suck on the straw which I thought might happen…yuk!

Watch it in Action

To Make a Bubble Machine

Using a knife, cut a small X on one side and then make another X on the opposite side.

Add some dish soap, about 1-2 tablespoons and fill with water halfway.

Insert a straw into one of the holes and have your child blow and make as much bubbles as they can! 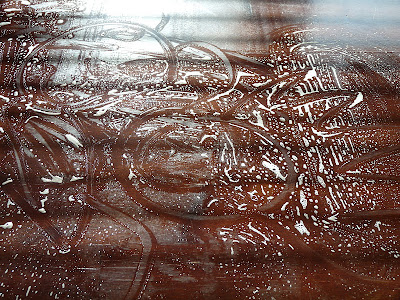 (I needed to clean the table anyways!)

Later that day they got to go to   They needed to get out….I thought it would be fun….wow….we rarely go to places like that and yes it is fun for the kids…it’s also kind of like being in hell! Lol!  However, despite the pushing, shoving, crazy maniac kids and the getting knocked down by bigger kids and accidental bumps to the nose...it was worth it in the end just for the precious moment of Big Sister coaching right before we left.  Bronson kept watching Jordan climb up and go down the big slide but he was too timid...I mean he's 1 and 3/4, I would be too!  But she kept encouraging him so he went for it, but it was hard for him to climb all the way to the top so she stood gaurd behind him, not letting other kids scramble by or jump around and coaching him all the way up, just hearing the way she was encouraging him and talking to him and keeping her hand on him to help him make it to the top, even at times when he got reluctant and wanted to come back down was worth the trip!  I was impressed by her big sistering.  Of course once they got to the top there were two slides to choose from and whichever one he went for was not the one she wanted so she would grab him by the arm or back of his shirt and drag him over to the other slide! lol 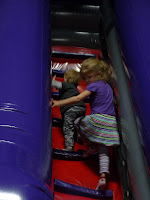 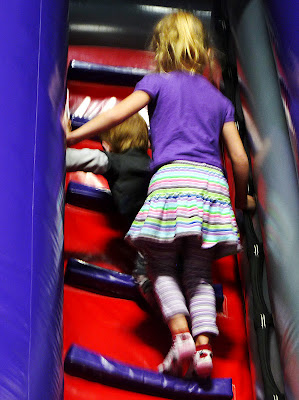 Posted by Candace @ Candace Creations at 9:26 AM

This looks like a blast!! I will have to try this with my little ones. I love your site and I am now Following you!! It would be great if you could take a second to drop by and Follow back!! You can find me at:

Have a fantastic day!