Well, today was the day, Baby B is officially 18 months old and becoming less and less a "baby" and  finally got his first haircut.  It was getting really long in the back and I found this cute little boy hairstyle that I love but B's hair was too thin, he didn't have quite enough, so maybe this will be his hairstyle down the road

I've been cutting my husbands hair for the past year, which was scary the first time, but hubby is too cheap to go get haircuts on a regular basis so would always end up with a mop head before finally going in for his quarterly haircut (and he has thick fast growing hair).  He convinced me by saying he had no problem getting a short buzz cut if I messed it up really bad, but luckily I didn't screw it up.  I did about the same as mastercuts or any of the other value hair places he would go to that would never be totally even or have one slightly weird spot.  lol...now I've got it down and there are no weird spots...lol....although it takes like an hour to do it because I'm slow, cautious and perfectionist about it.  Anyways....

Today was time for little B to get his first haircut.  For his thin, fine, reddish blonde hair I picked up a pair of thinners (scissors with the teeth for blending).

Before....
a little on the mullety side 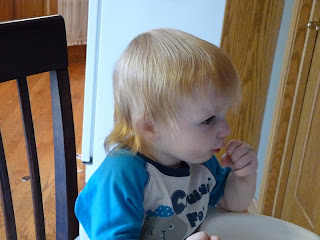 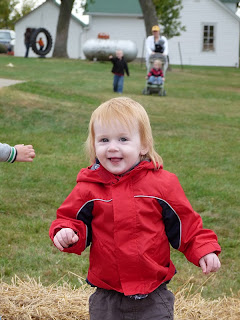 During...
a lollipop and Baby Einstein came in pretty handy 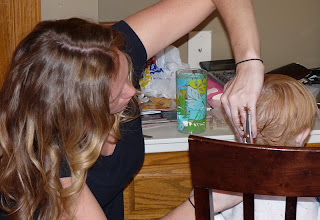 I used the regular hair cutting scissors to trim things to the right length and shape, then used the thinners to blend everything and eliminate that blunt edge look that you get when taking scissors to fine light colored hair.

After...
fyi-he's very into coloring with  markers so he often ends up with marker on his face...and chocolate! 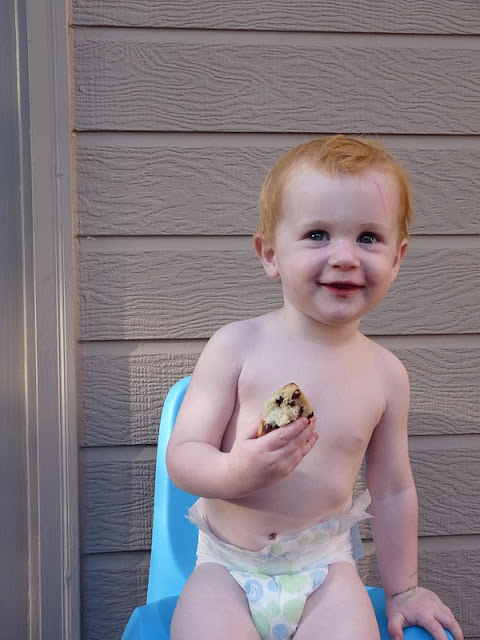 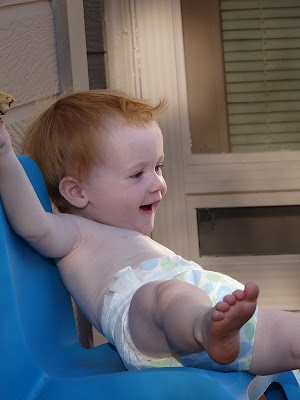 I forgot about all his his cute eyebrow expressions because they were hidden by his hair! 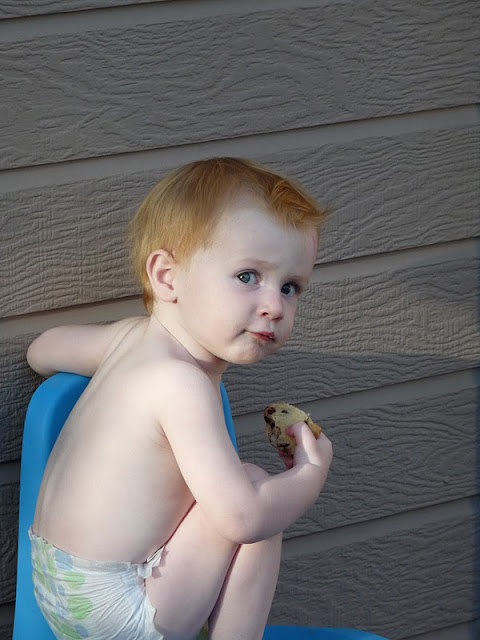 I took like 60 pictures of him and trust me, it took a lot of restraint not to post my favorite 20...isn't it weird how we do that sometimes? I just start snapping and have no idea how many picture I'm actually taking!!!  Hence the reason we have 2 external hardrives with all our pictures backed up... 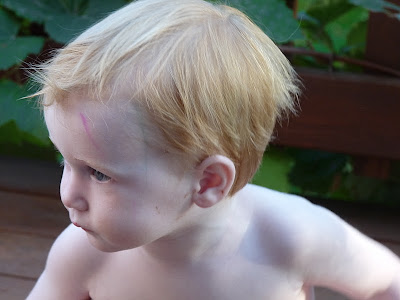 I'm relieved it didn't turn out goofy looking, he jerked right when I made my first snip on his bangs and it went a little shorter than i intended and I started to feel panicky, but I think it turned out pretty decent for my first baby haircut :P  No emergency visits to the professionals planned for tomorrow ;)

The nice thing about his letting his hair get so long was I got a nice lock of hair to save....wait...that's not weird is it?  I swear I won't be saving the kids' teeth when they start falling out...although my husband says "yeah you say that now..." lol....well I CAN say I didn't save any umbilical cords and definitely did not save or eat my placenta!  what you think that was random?  I saw it on Bringing Home Baby four years ago!

If you are interesting in cutting your little boy's hair, and don't want to buzz it off, i found a video tutorial that shows similar techniques I use.

love the haircut...he looks like such a big boy!!!

His haircut looks great! I dont know if I can get myself to cut my sons' hair yet (he is 16months) but I love your advice and pictures. And I love seeing him wear the Target brand diapers! The only way to go! I swear by them!

Hi Melody! Thanks for your comment! It's hard to do that first haircut....hence why my guys hair was so long when I did his! Target diapers all the way baby! They work perfectly and it's not even funny how much more expensive the other brands are.

They are otherwise called stylist shears Thinning Scissors shears or hair shear.
Thinning Scissors
is a client situated and creative organization anticipating give incredible quality items to the clients while sparing their cash.

Thanks for sharing this beautiful piece of information.shears scissors are popular with hair pros due to their quality and durability. In order to assist all of their clients, a salon needs to have a variety of professional hairdressing scissors, on hand for their easy to use.For more information please visit
straight razors
thinning shears
hair scissors
hairdressing scissors
scissor shears

I value your knowledge about it, it's to a great degree instructive and more portrayed purposes of intrigue. I propose Hair Dressing Scissors
for more information.

Thanks for sharing this beautiful piece of information.scissor shears are popular with hair pros due to their quality and durability. In order to assist all of their clients, a salon needs to have a variety of professionalhairdressing scissors, on hand for their easy to use.

Thanks for sharing this beautiful piece of information.scissor shears are popular with hair pros due to their quality and durability. In order to assist all of their clients, a salon needs to have a variety of professiona hairdressing scissors, on hand for their easy to use.
thinning shears

Is it accurate to say that you are one of those exceptionally trial individuals who dependably need to experiment with something new with their hair? All things considered, you ought to guarantee that you have the best of Hair salon Manchester City Centre with the goal that you can appreciate the advantages of having new and drifting hairdos.

Your blog is really awesome. It was wonderful to read your blog....Keep it up.
best hair shears

I need this in my life! I seriously need to de clutter my place! Thank you for these tips!