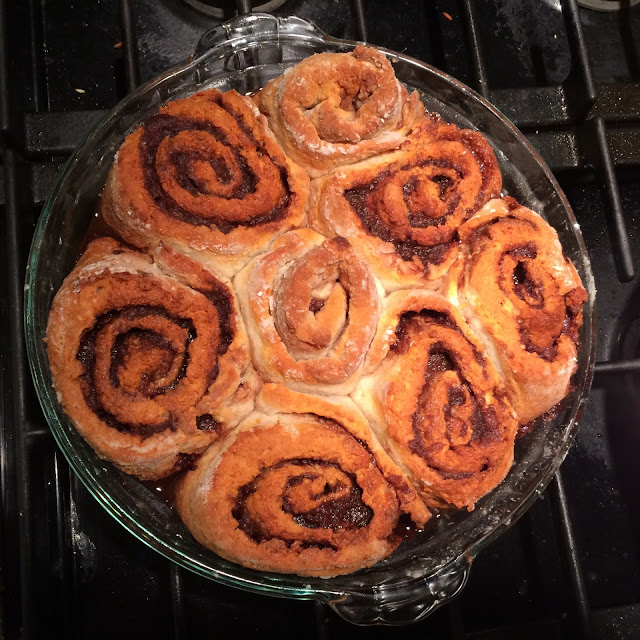 This is a recipe I tried from Recreating Happiness...a website I came across for the first time while searching for a gluten free cinnamon roll recipe.  Those felt doll cinnamon rolls got us craving the real thing...and I realized my kids had NEVER had a cinnamon roll before since they have been gluten and dairy free forever.

This recipe is THE BOMB!  I can't believe how good it is!  I've made cinnamon rolls in my pre-gluten free life on several attempts with lots of "Cinnabon" Copy Cat recipes and they were never anything like Cinnabon, they were usually kind of tough and just not as good as these turned out!  So not only were these cinnamon rolls a success for being gluten free and dairy free, but they were my first true success with cinnamon rolls PERIOD!  Sticky dough and all! So good that I made them a second time in the same week to take to an event and share with others!

Here is the link to the recipe but I will give you my dairy free adaptions because she uses butter just in case there are others out there who want to try making these dairy free but aren't sure if it will work or be good.  I used Coconut Oil in place of the butter in the dough and in the cinnmon filling.  For the Cream Cheese Frosting....(I'm SO EXCITED HOW GOOD THIS TURNED OUT!!!!) I used the GoVeggie Cream Cheese Alternative and shortening in place of butter and the second time I did a mixture of shortening and coconut oil.  Oh and I used Almond Milk in place of milk, but that's an easy switcheroo....So yeah, it worked just fine and they turned out soooo good even with no butter or cream cheese!

The first time I made these I rolled the dough on parchment paper dusted with tapioca flour and I still had a little sticking a tearing but it was easy enough to fix but I can see how it could quickly turn into a big mess if you get too fussy with it.  Just ROLL WITH IT....Literally! The second time I used plastic wrap like she does in her video tip and it worked about the same...I still had it sticking to the plastic a bit but found that as I lifted and roll the dough off the plastic, if I kept dusting it with tapioca flour as the dough was peeling away from the plastic wrap, it came off better with less sticking and stretching.  So yeah, I think we found a new special recipe with this one that will be made many times!!!

The crust is flaky and crisp on the outside but so soft when you bite into it! 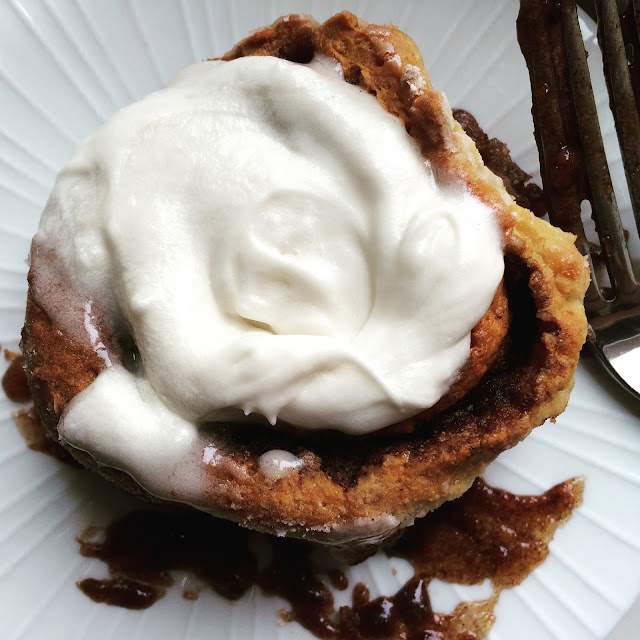 Posted by Candace @ Candace Creations at 5:30 AM

Whenever possible, look for reviews and get referrals from medical doctors.play bazaar satta king