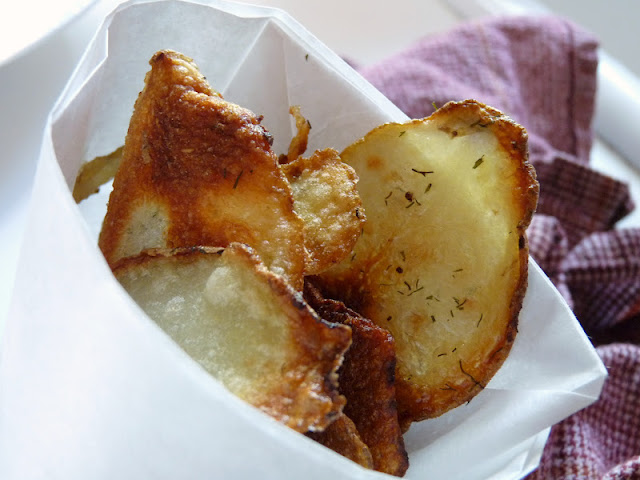 I'm a potato freak...I can't believe it's taken me this long to make homemade potato chips as it's something I've always wanted to do.  I actually attempted to do it way back in grade 8 or 9 when I lived in Regina, SK but  I hadn't discovered parchment paper and it ended up with me scraping inedible potato crisps from the baking sheet all night...actually, maybe that failed attempt is why it has taken me so long to try again...it was incredibly disappointing (hey it was a lot of work slicing up those potatoes for a lazy teenager!).  Anyways...if you don't believe me on the being a potato freak statement earlier, when I was younger, I used to tell me family that when I grew up and got married I was going to live on a potato farm in Idaho with a cow for milk (used to be a milkaholic as well) and then I would have everything I need (except chocolate). (way to dream big Candace...lol)

Well, it's been on my mind to make some potato chips for forever since it's my favorite snack (I LOVE anything kettle brand esp. the cracked black pepper, and LAYS Dill Pickle.)  Growing up in Canada, my favorite flavors were Old Dutch's Dill Pickle Chips and All Dressed.  When I was in college and LAYS finally came out with Dill Pickle, I pretty much forced everyone to try them because I was SO happy to have that flavor in my life again and wanted to make everyone else like them so they would buy them too to prevent them from being discontinued.

So....I made Oven Baked Dill Pickle Chips.  I know the homemade potato chips have been done all over the place...but being a potato freak, my blog wouldn't be complete without a blog post about it. (reference is Pinterest search oven baked potato chips, there are tons and pretty much all the same). 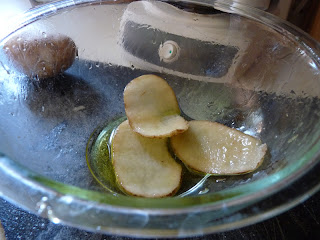 toss in bowl with olive oil to coat 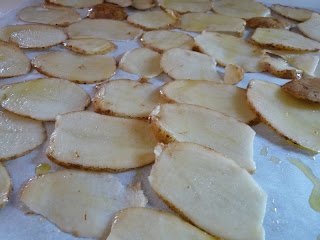 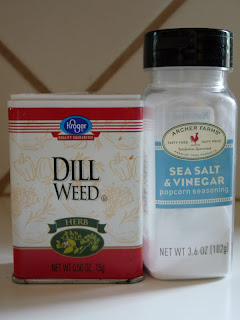 Place in oven for 15 minutes, then flip the potato chips over and bake 7-10 more minutes or until crisp. 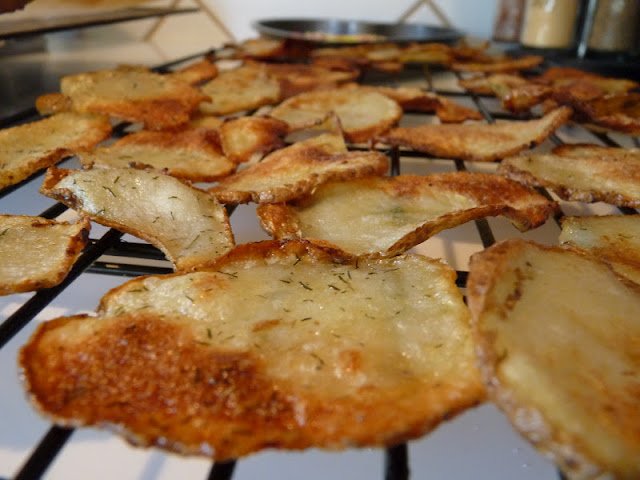 Remove chips to paper towel or cooling rack to cool off

Posted by Candace @ Candace Creations at 8:55 AM

oooh, yum! I never heard of the sea salt with vinegar! So cool, I must get some!