We officially started another homeschool year on Monday.  We spent the last 2.5 weeks in Washington State with family and it was kinda nice since after being gone that long we have to get readjusted to our own routine again to just start it off with our homeschool routine.  This year we are using My Father's World (MFW) Adventure in US History and will also be doing Classical Conversations (CC) again.  It's cool because the cycle of CC we are on is also US history so they will actually compliment each other.  Last year there was pretty much no correlation between MFW and CC.  I've also been in a wind down phase since the end of the school year...last spring I felt like we really got so ramped up with activities, field trips, and all kinds of commitments and while it was all fun and good stuff...it was exhausting and really not who I am to be so busy and on the go everyday that we're rushing through our learning to get on to the other places we need to be....that's just not how I envisioned our homeschool.  Part of the benefit of homeschooling is NOT getting sucked into the crazy busy lifestyle and collapsing at the end of the day.  Being so busy I just started feeling disconnected and honestly it's not fair to my 2nd child who doesn't like being out all the time.  So we reevaluated, said no to some of the things we enjoyed last year and said yes to other things that are more simple, easy and convenient...like more gymnastics for J, it's close to home vs other activities I was driving all over the place for and required more time and energy overall.

When I started this homeschool journey, I began by read The Thomas Jefferson Education which really inspired me, and then getting into Charlotte Mason, Montesorri, Waldorf and some Unschool literature and facebook pages like The Libertarian Homeschooler and Our Muddy Boots.  That's all the stuff that resonated with me.  For Kindergarten we didn't use curriculum and just had some guidelines about what kindergartners need to know and then was creative and pulled things together and had a lot of fun.  I loved it, it totally gave me freedom to cover the things we needed to cover and then some using my own interests and creativity as well as inspired by my daughter's interests.  And since I didn't have a checklist/curriculum I felt like life was just really inspiring and organic and exciting.  But I also would sometimes stress over gauging how I was doing as a teacher...not having a guideline is really freeing and fun and sometimes we covered way more than we would have sticking with a curriculum, other days were lighter, and it was definitely more work overall coming up with everything myself to make learning so fun that when my hubby would ask her "what did you and mommy do for school today?" she would say "We didn't do any school today!" and I would be so proud because those days I had met my goal, I taught her everything I had intended through various activities and moments but it felt so natural and fun to her she didn't even know I was "schooling" her so I would reassure my hubby that yes.....YES I was teaching her...with much effort at that to make her think she hadn't done any "school", but sometimes I would be up late crafting how those wonderful days would go and then still, sometimes struggled with not having anything to "show"...I know...like worksheets in a folder mean so much right?

For first grade, last year, we had moved to a new area and having a new baby and preschooler, hubby was worried how I would be able to keep her up to speed.  So, as a way to make connections in our community with being new and as a safety net for her to be learning SOMETHING in case i was so sleep deprived I couldn't cover everything at home we needed to we signed up for Classical Conversations.  I really liked the whole idea of it even though I'm DEFINITELY not very Classical Education in my style.  I also decided to do My Father's World as it was an open and go out of the box curriculum that had a Charlotte Mason influence.  I did keep thinking though if it was weird to do MFW and CC at the same time, but figured it wasn't going to hurt anyone and they were both good programs.

I LOVED how easy MFW it was to implement.  It was so easy to implement that we started back up a week after baby came along even though I had thought I would take more time.  We had a super smooth year and the phonics workbook and bible reader were great, we really enjoyed that.  The math was fine as well.  I was a little dissapointed on the art side but at the same time I was an art major and used to teach art so that wasn't a big deal we just did our own thing.  Overall we were very happy with it and that's why we are continuing with it for this year.

Classical Conversations was great too.  I love that, at the Foundations levels at least, you can use it as much or as little as you want in your homeschool.  Some people base their curriculum around it, others like us used it as enrichment and sometimes tied it in or expanded on certain things at home but for the most part, just let the kids listen to the songs while they played or did art and that was about it as far as time I put into it outside of class.  Things I liked were my daughter getting to have a group of little friends she saw each week, doing weekly presentations, bringing lunch and eating on the playground with her friends after class, and the fact they covered science experiments, orchestra and art as well so even if we were light some weeks at home on those things, she got it there.

But, the year went by so fast, too fast, especially the 2nd half and it kinda makes me sad when I think about how fast it went by...because in less than a month my baby will turn 1 and it's just reminded me that we need to slow down, not say yes to everything even if we want to or feel bad about not participating in something.  I always wanted to be a mom ever since I was a little girl, I don't want to rush through this time so fast that my precious time of having little kids and a baby are just a blurry memory of stressing to hurry up and get to the next thing.  So, I'm not going all unschool, but I'm taking my My Father's World curriculum and doing it with my own waldorf/Charlotte Mason/Unschooly twist and try my best not to rush through our days, to relax, to let the kids relax.  To remember that when our days are commited to other activities, we aren't home to discover our chicken laying her first egg and the excitement and anticipation of waiting for her to do that and playing in the forest making art with pieces of nature while we wait, we aren't home to notice 2 small adorable baby deer and their mother playing in our yard, We aren't experimenting with J walking around the house with the baby in my baby wrap, or for the kids to remember that their first and forever best friends are eachother while playing Fireman Sam or making Rainbow Loom Bracelets, or just laying in the hammock all together in the shade after lunch on the deck doing finger plays about the 5 little ducks, or helping J type out stories she's inventing etc.  So I'm still happy at this point with our curriculum, we got the basic package so we could just do our own art which I got them each 2 spiral drawing books one will be for art lessons the other is a Nature Journal/Art book. The other fun thing that I'm doing that is more Waldorf inspired is daily chalkboard art.  We have one of those double sided easles so I create a fun chalkboard drawing that relates to that day and turn it around so when they come into the playroom they see the whiteboard and then when I'm ready to show them I turn it around for the big reveal.  So far that's really the only prep I've had to do and for me that is pretty fun.  But anyways, lately I just keep hearing a comment someone sweetly made to me on a field trip last spring as I was telling her about how our packed schedule, "You can't homeschool if you're never home."  It's so true, homeschool shouldn't be just checking off the requirements for that day and then heading out the door ASAP to do other stuff, even if it is good stuff.  But being home enough you can slow down and "smell the roses" where kids can get bored and be forced to use their imagination and cooperate, and not have everyone fee pressured to get certain things done because then later we have to be somewhere and then there's constantly more stuff so if they get behind mom stresses out because when will they have time to finish their work?  I don't want to do that...I think we'll still end up being somewhat busy this year anyways, but I'm definitely going in with a lot more intention on how and where we spend our time, and bowing out gracefully when we need to just be home and happy and have more time for hobbies and quiet time and remember the curriculum is there to help us and make things easier, not stress us out over checking every little thing off on the SUGGESTED weekly schedule, and adapting things to our learning style as needed.

SO anyhoo, I was intending on just posting some pictures of our first 2 days of school but somehow this turned into a huge post!

Muffin Monday! No rush to be anywhere so let him do as much as he wanted, it's slower and messier but those muffins are now extra special ;) 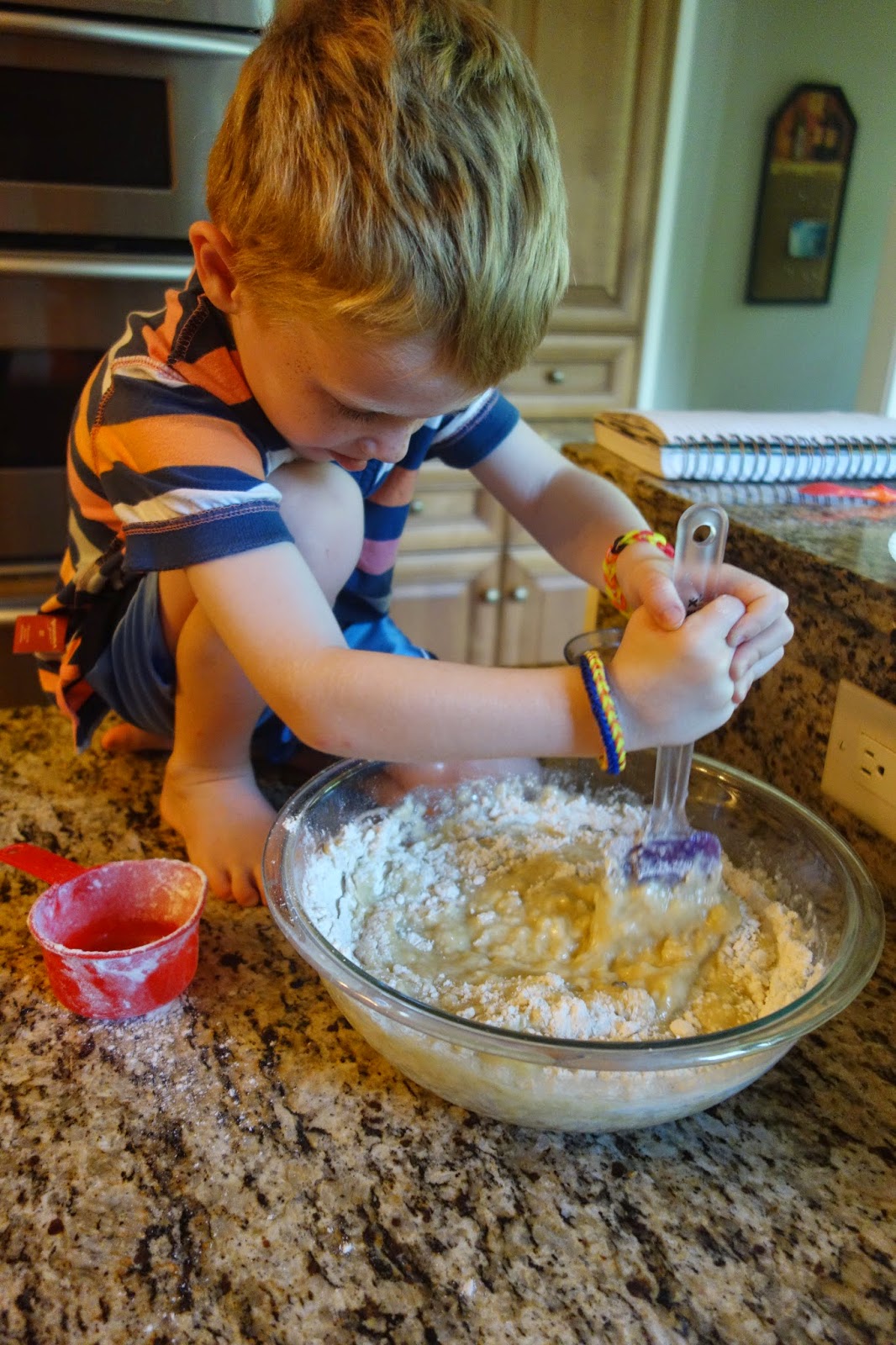 First day of school with our Waldorf chalkboard art...hoping to get more creative with it as the year goes on! Kids are excited about this. 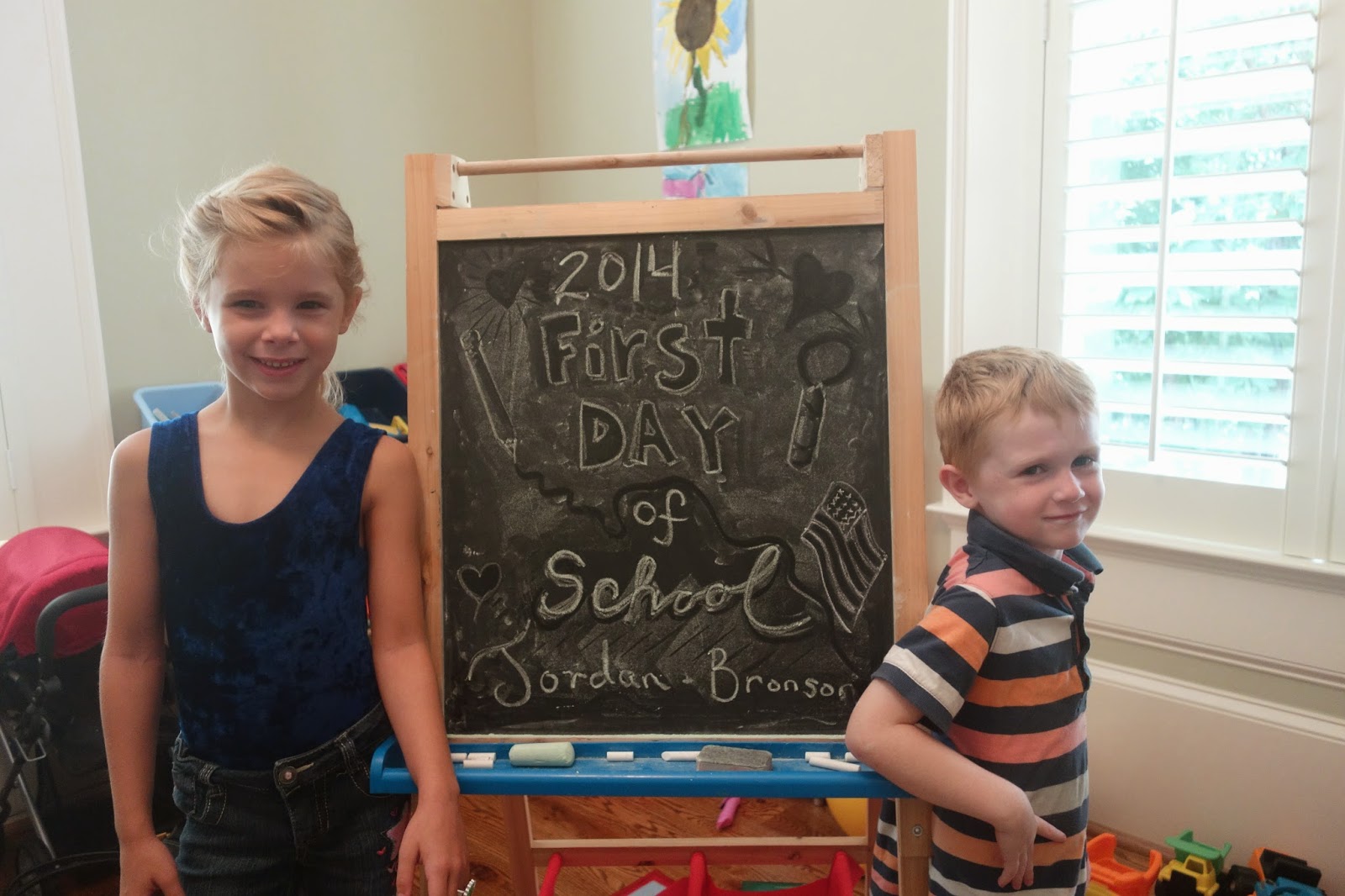 Each wanted to say a prayer after pledge of allegiance.  His prayers always crack me up! 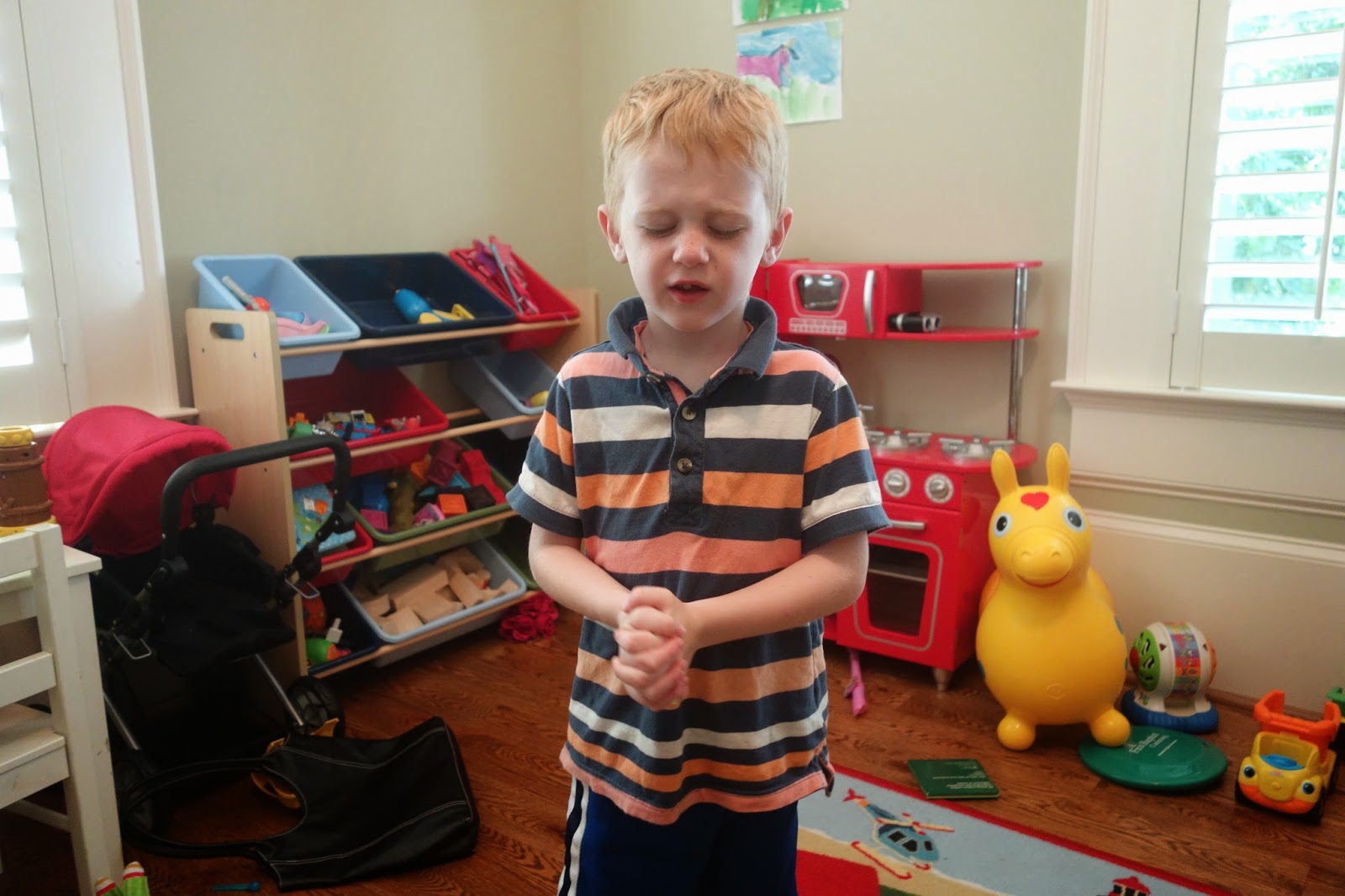 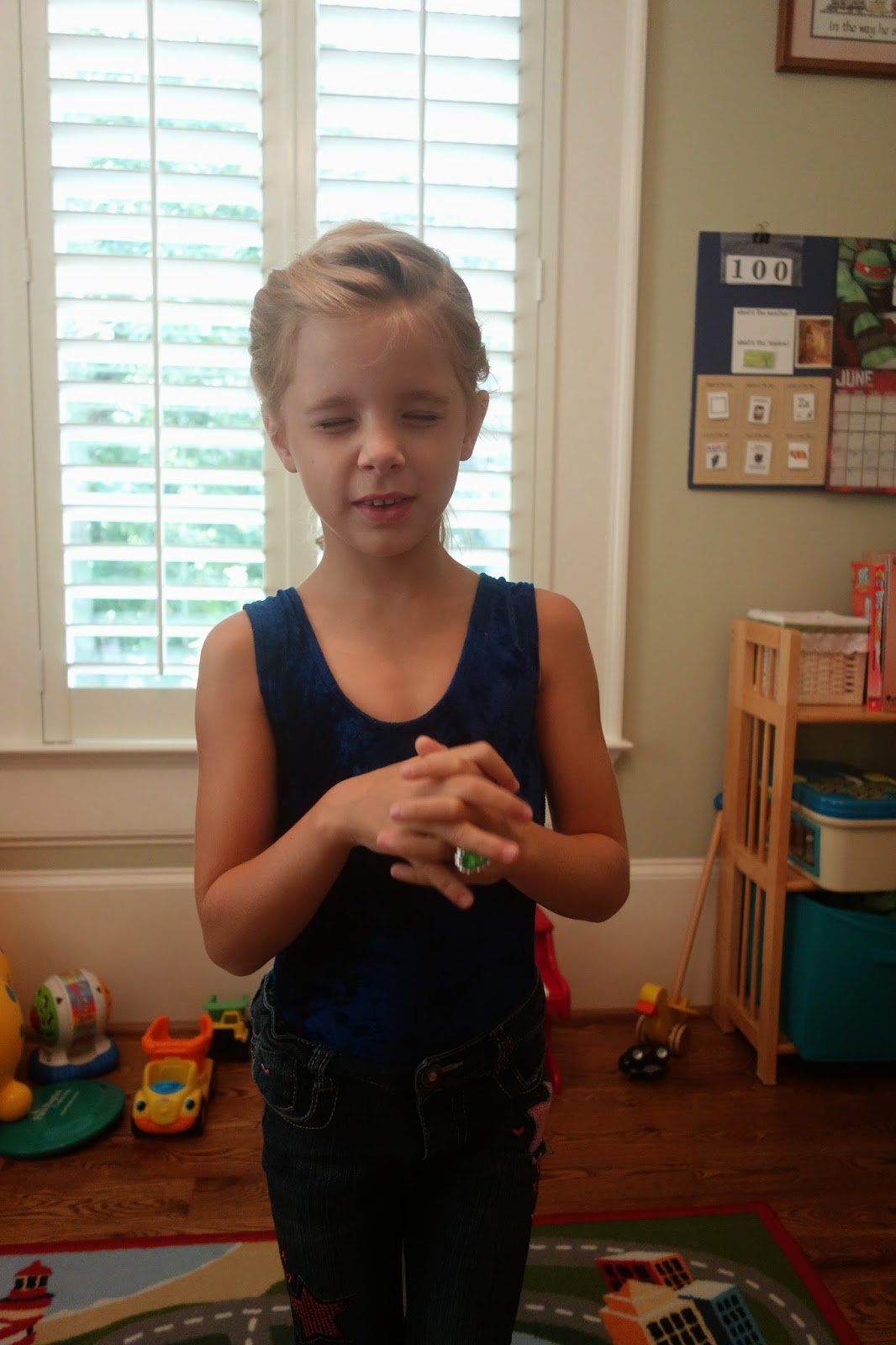 Building his name with the laminated straight and curved lines taken from Writing Without Tears. 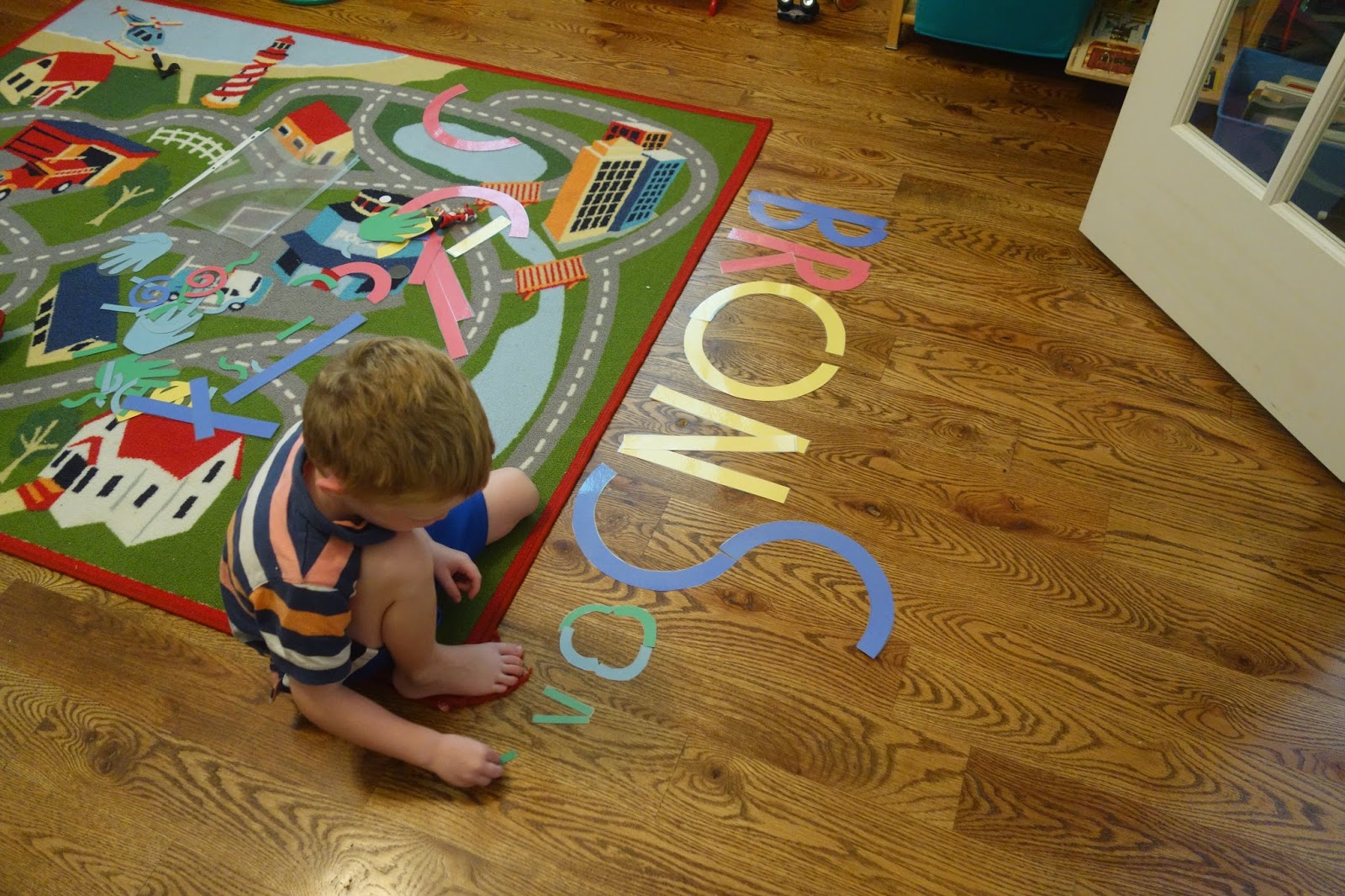 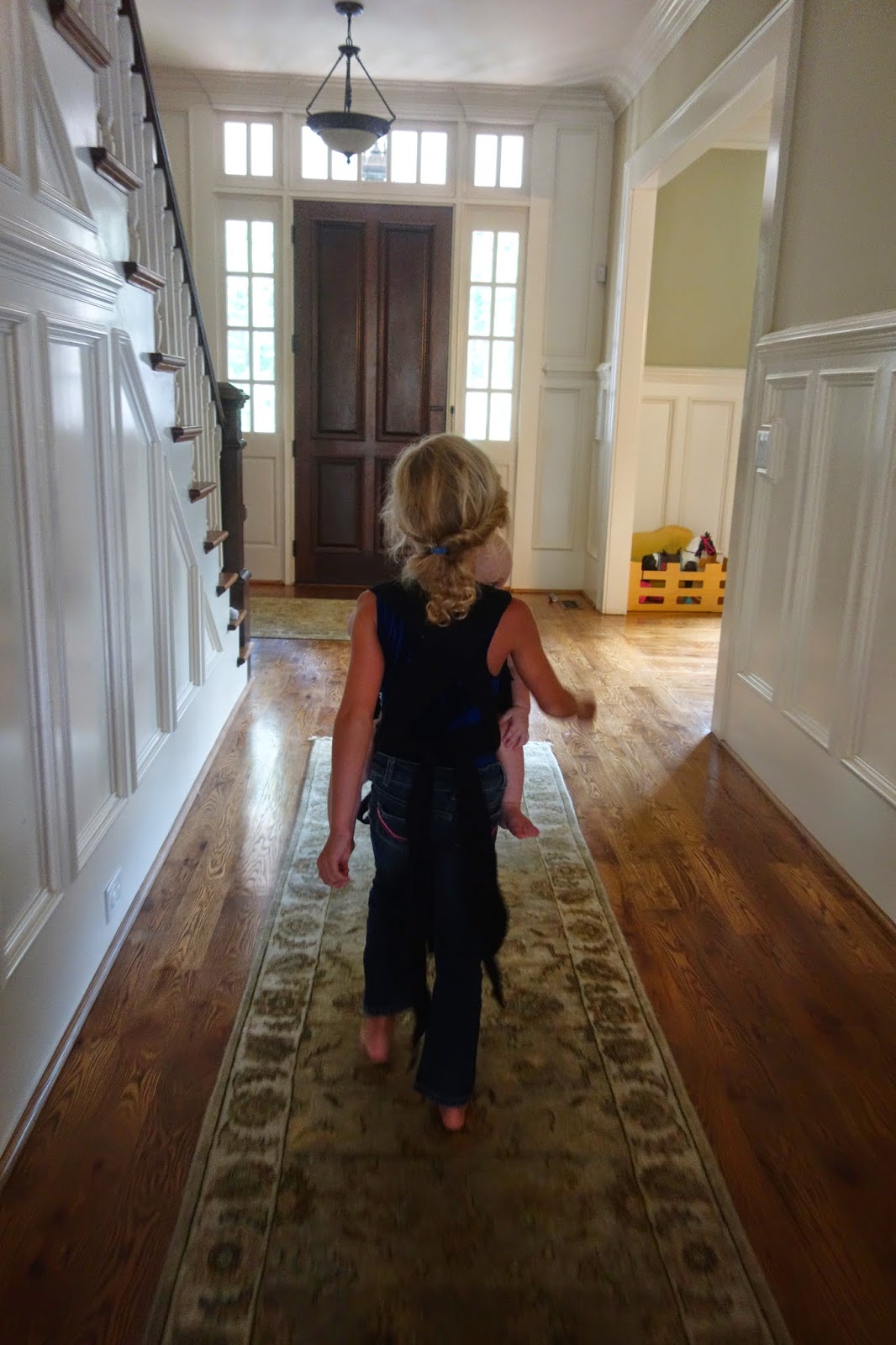 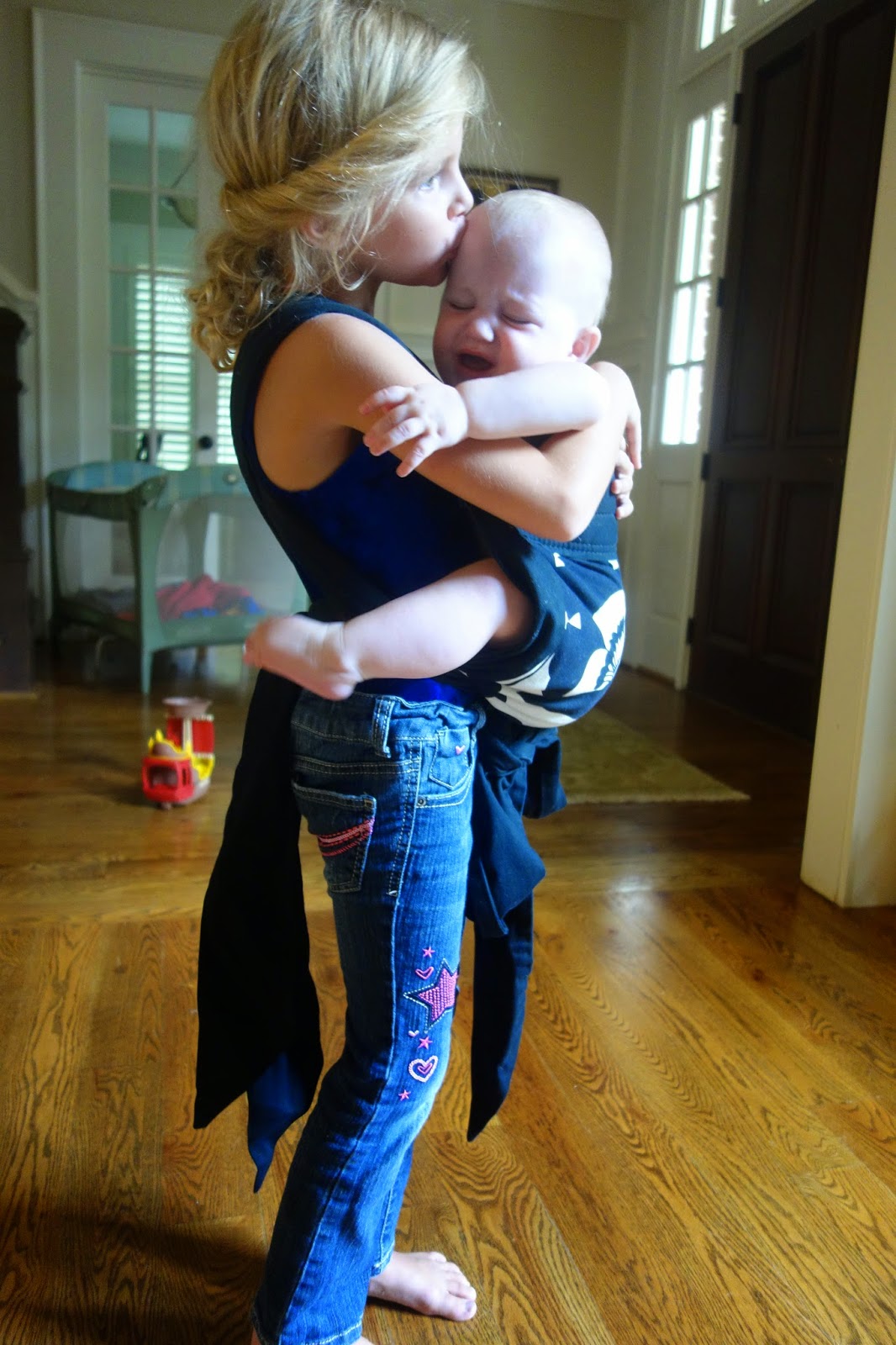 After giving up digging for treasure/dinosaur bones they created a babbling brook. 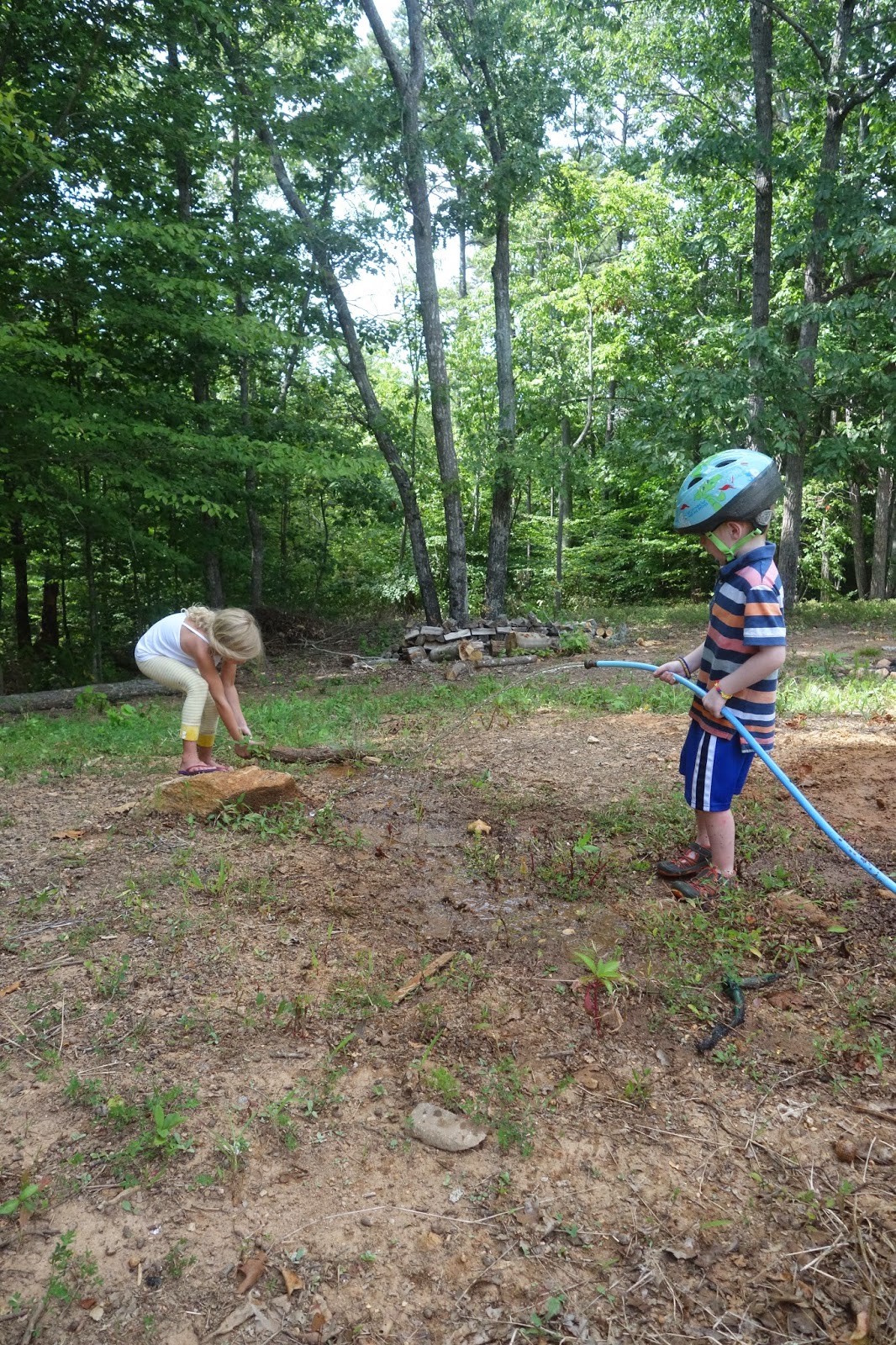 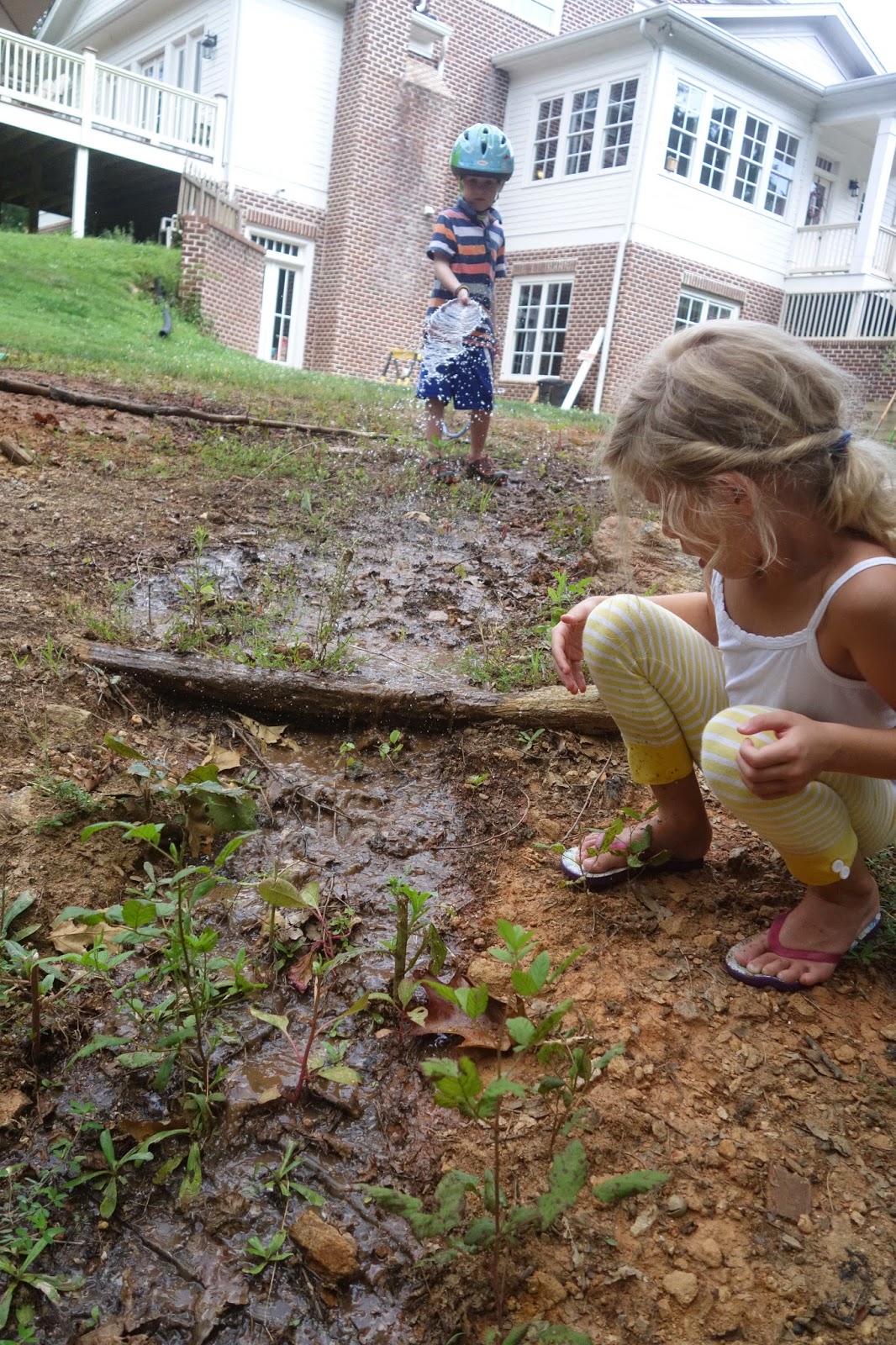 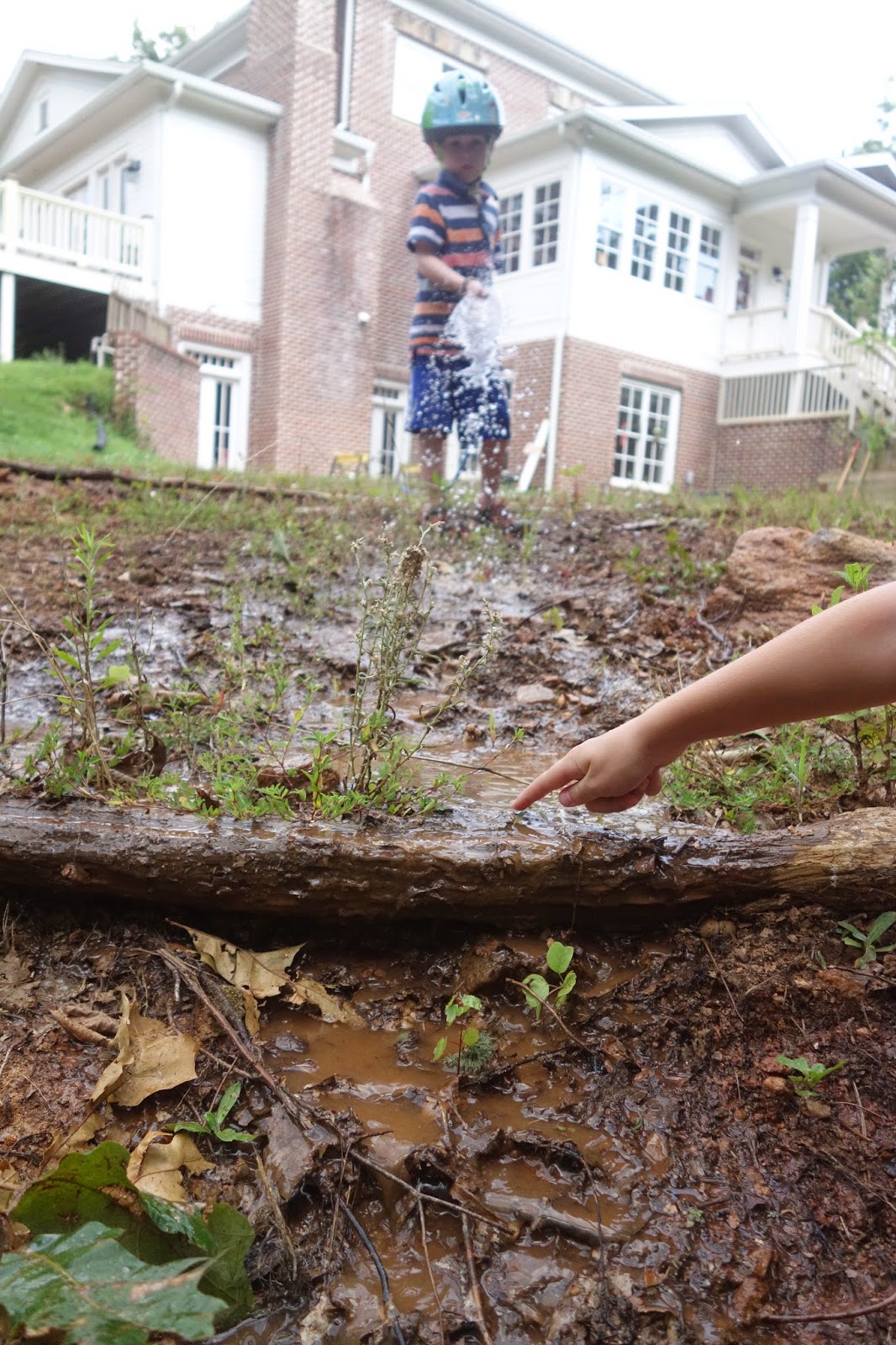 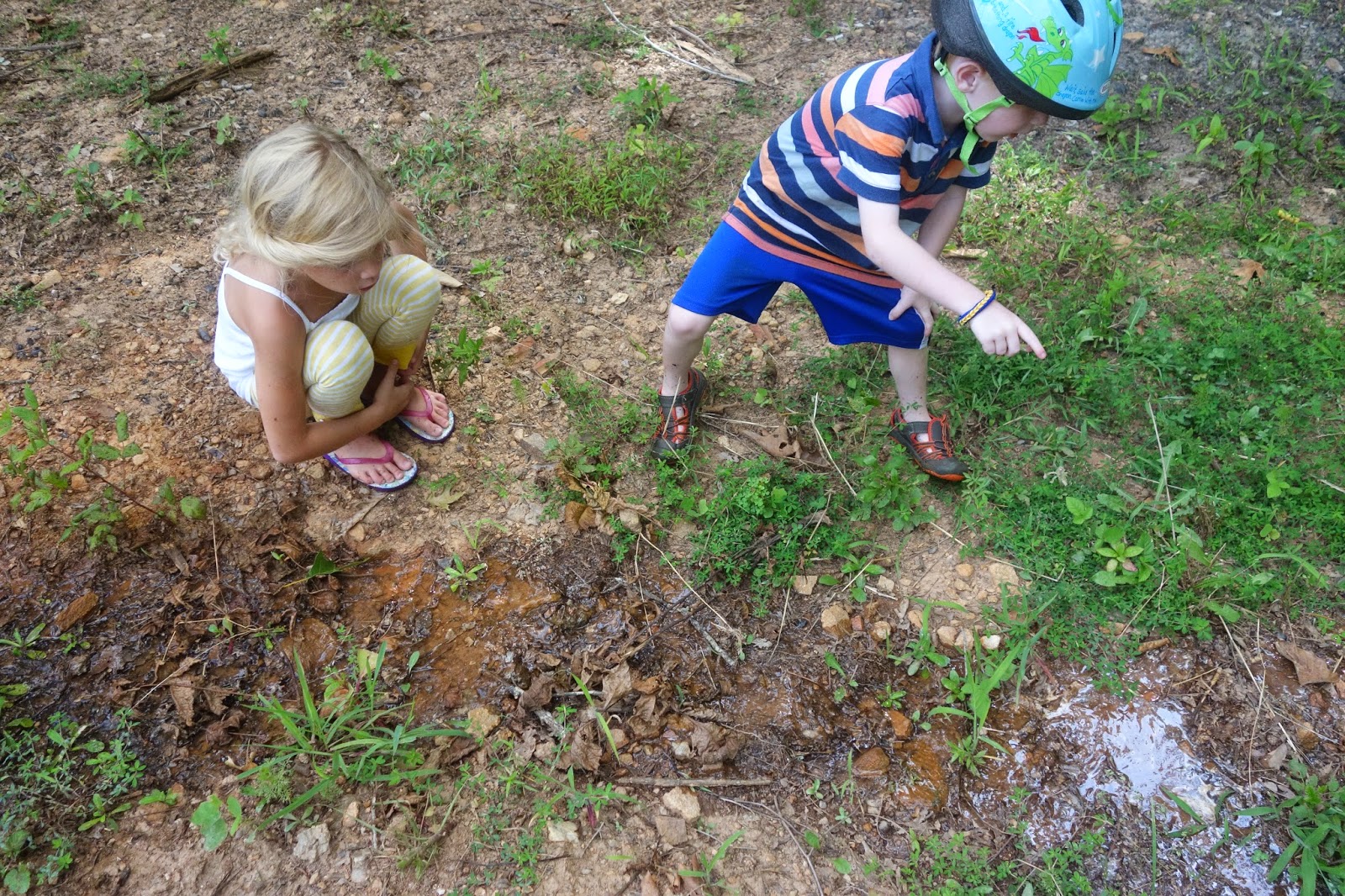 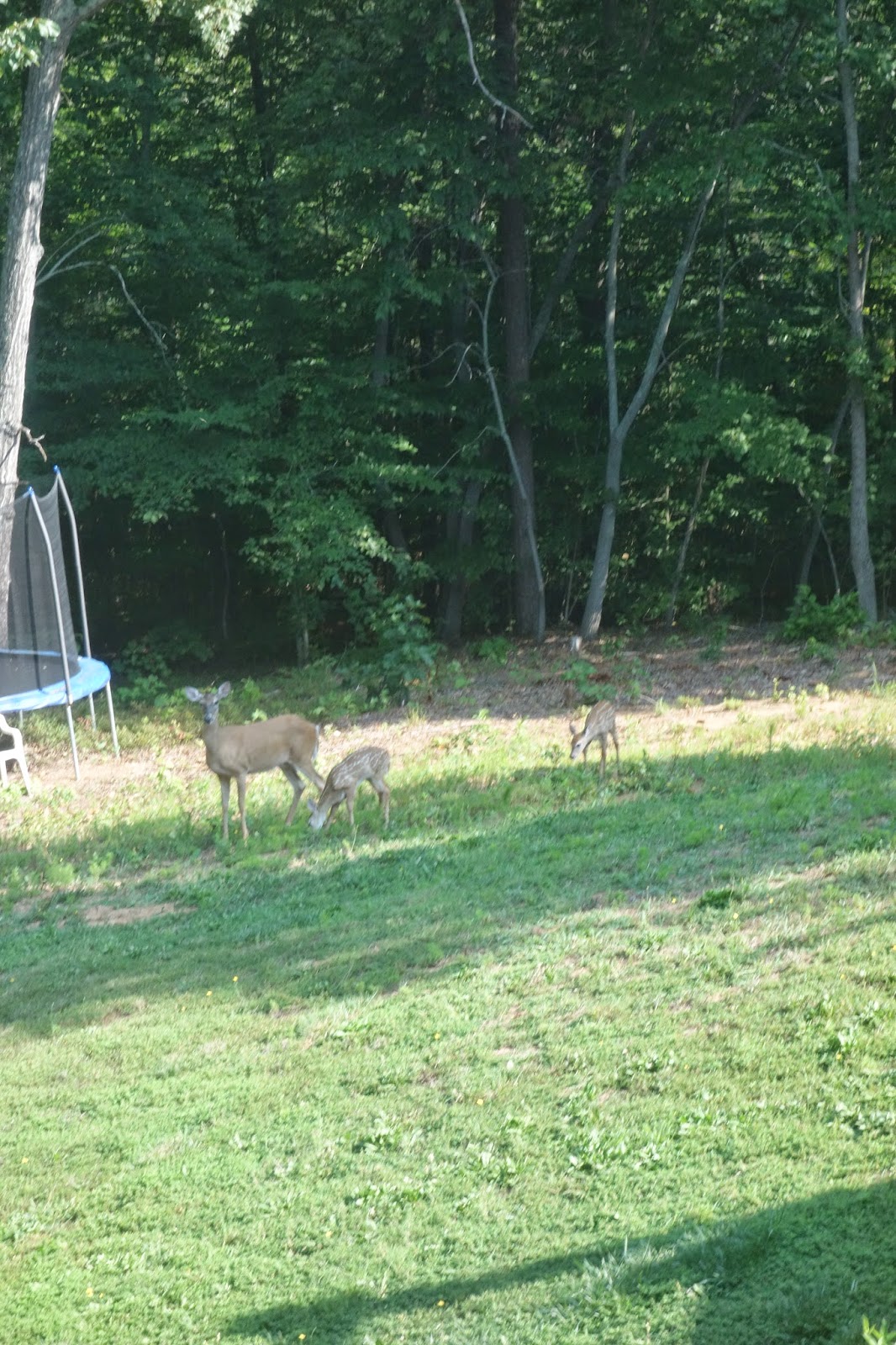 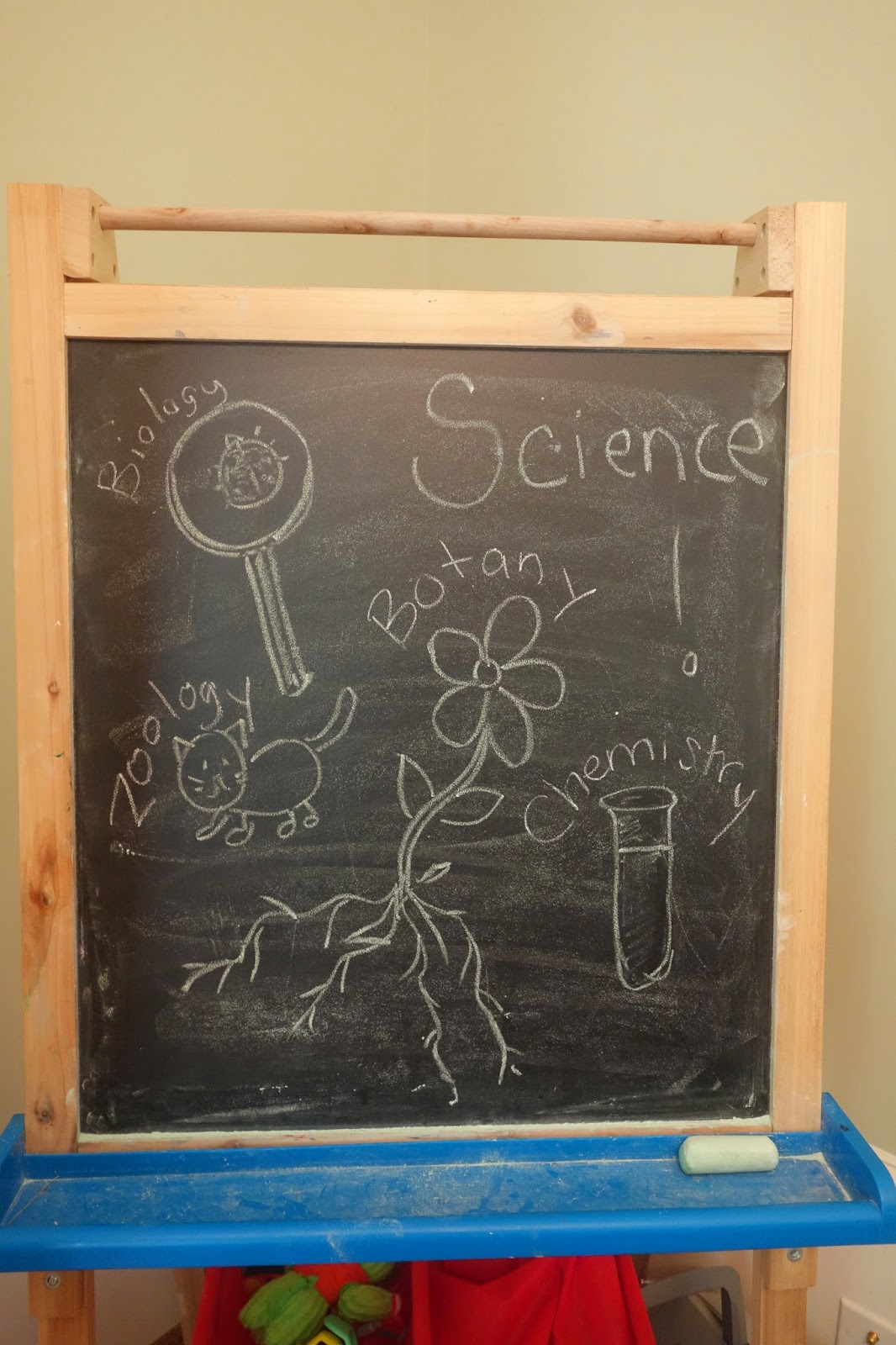 Posted by Candace @ Candace Creations at 11:00 AM

Also do not sell if your stock has doubled or tripled. As long as your reasons for holding that stock are still good, then keep holding it. Reinvest any earnings you do not need in the next five years. play bazaar satta king