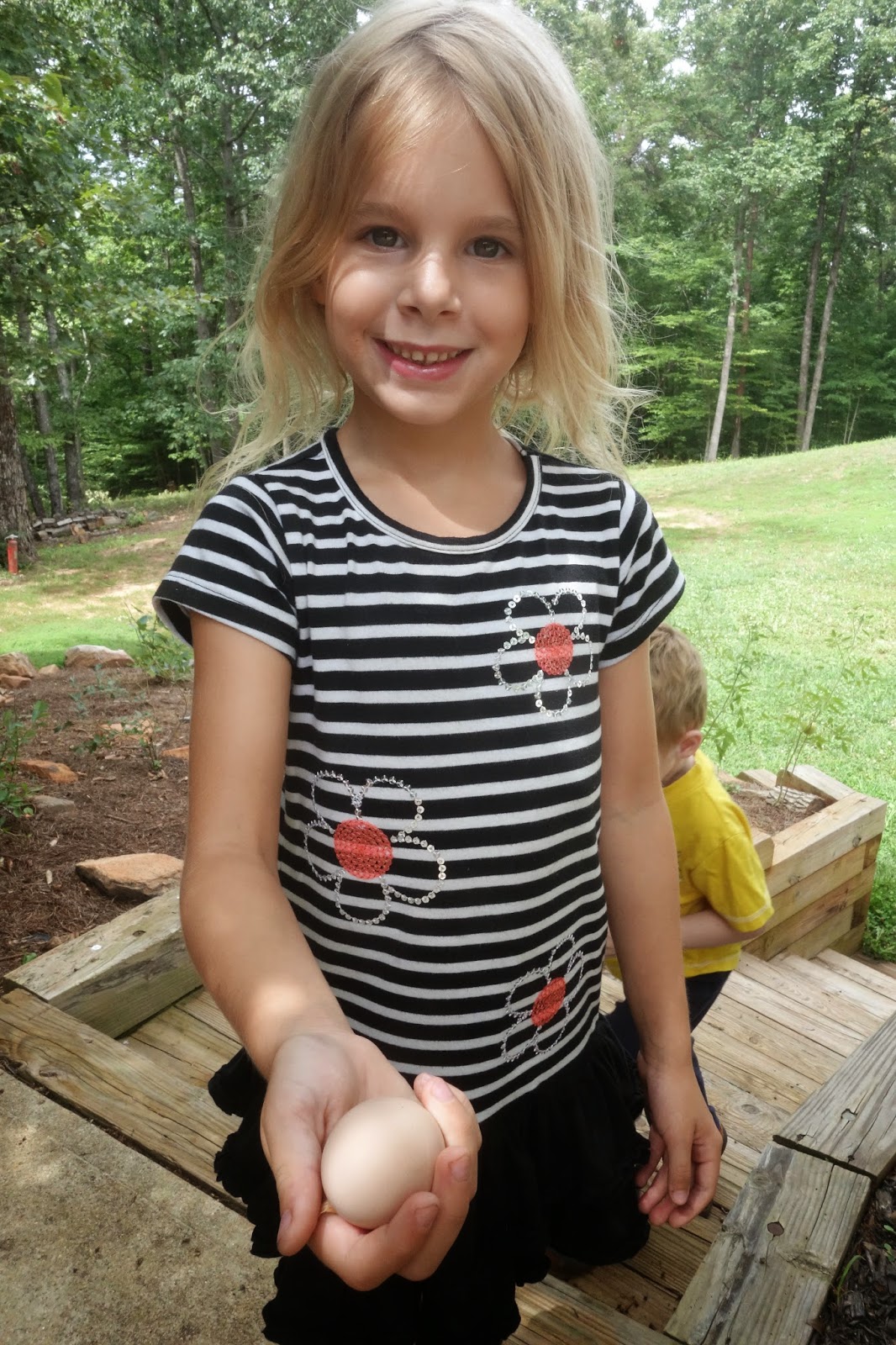 Well those chickens are starting to earn their keep as we got our first egg this past weekend!  Although that's not a fair statement really, they've already been earning their keep with all their bug eating!  They are like vacuums all day long! The bug population on our property is way down compared to last year!  Last year you would walk across the lawn and every step you'd take it seemed like 20 crickets and grasshoppers would pop up, scorpion sightings are down as well.  Anyways, the spider population is a lot less too.  Last year we had big spider webs on every window of our house and every morning when I would walk outside I would always get some thick sticky spider web on me, even though we kept cleaning and yes, killing spiders.  So far there has only been one big spider on a window which was super gross but I got that taken care of with a vacuum.  Anyways, now our biggest chicken, a barred rock has started laying eggs!

B is watching her work on laying her egg 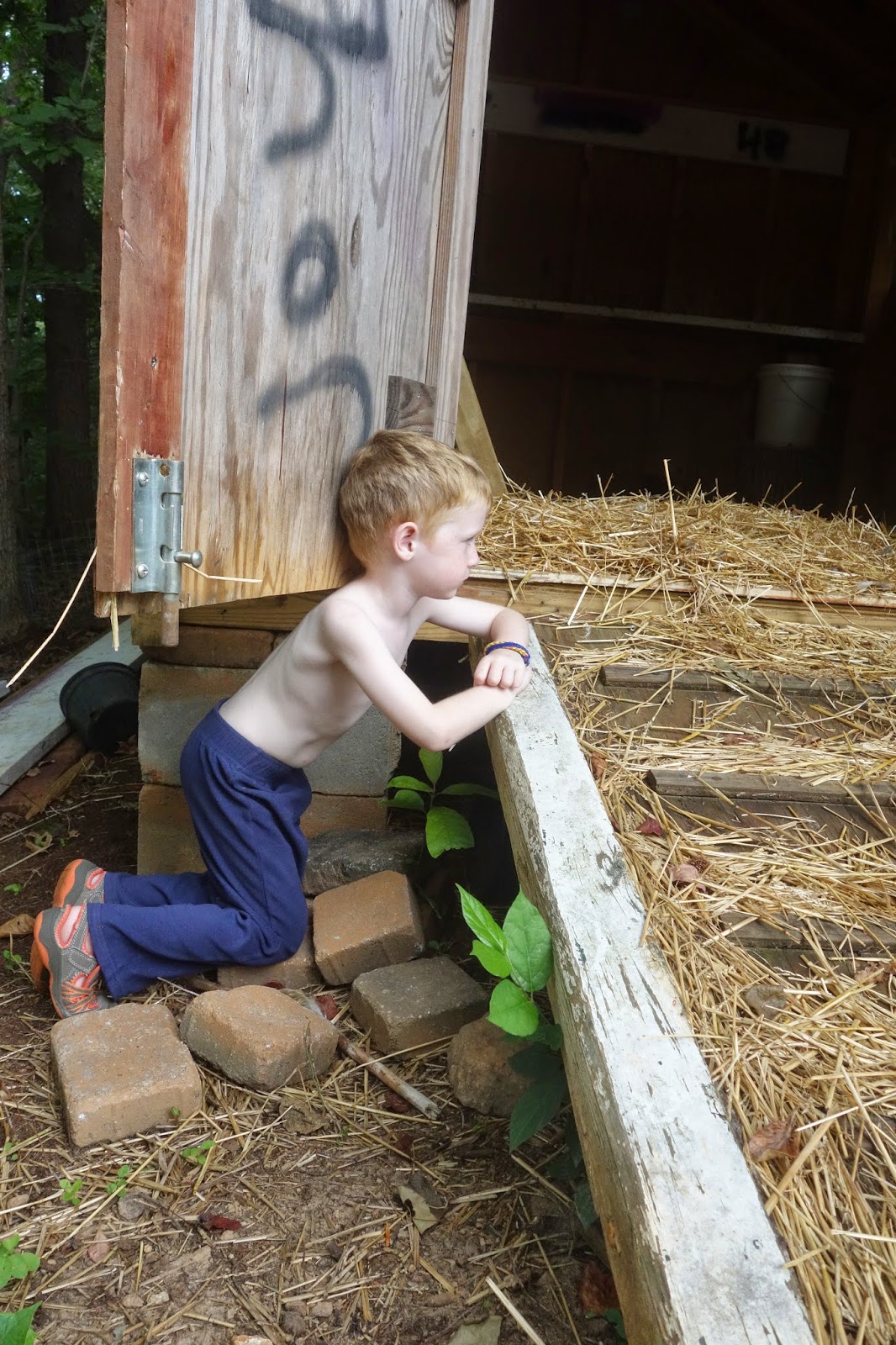 She took a little break to come say hello 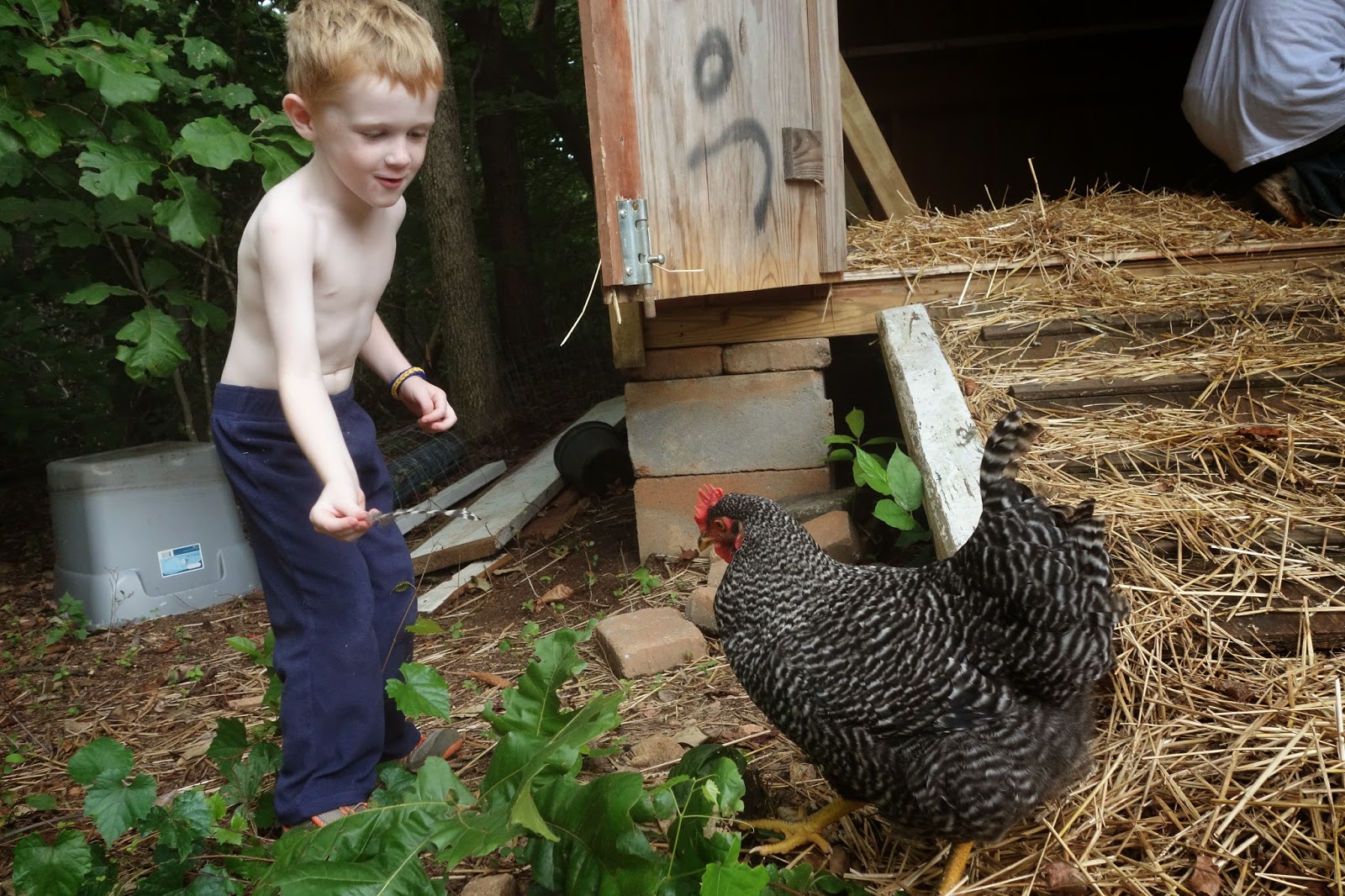 It was on saturday and we were outside and letting the girls free range and heard loud weird chicken sounds coming from the coop, my husband looked at me like what the?  Then I remembered when I took the kids to Farmer Sue's on a field trip and we watched a chicken lay and egg and all the noise she made and told the kids we better go check...sure enough she was in the coop pacing around, squatting and making loud noise then pacing around again....the kids were fascinated!  After a while we decided to give her some privacy so we followed the other chickens down our path in the woods my hubby made and started making some art with nature while we waited.  First the kids made a nature lady and then B and I made a "long neck" dinosaur. 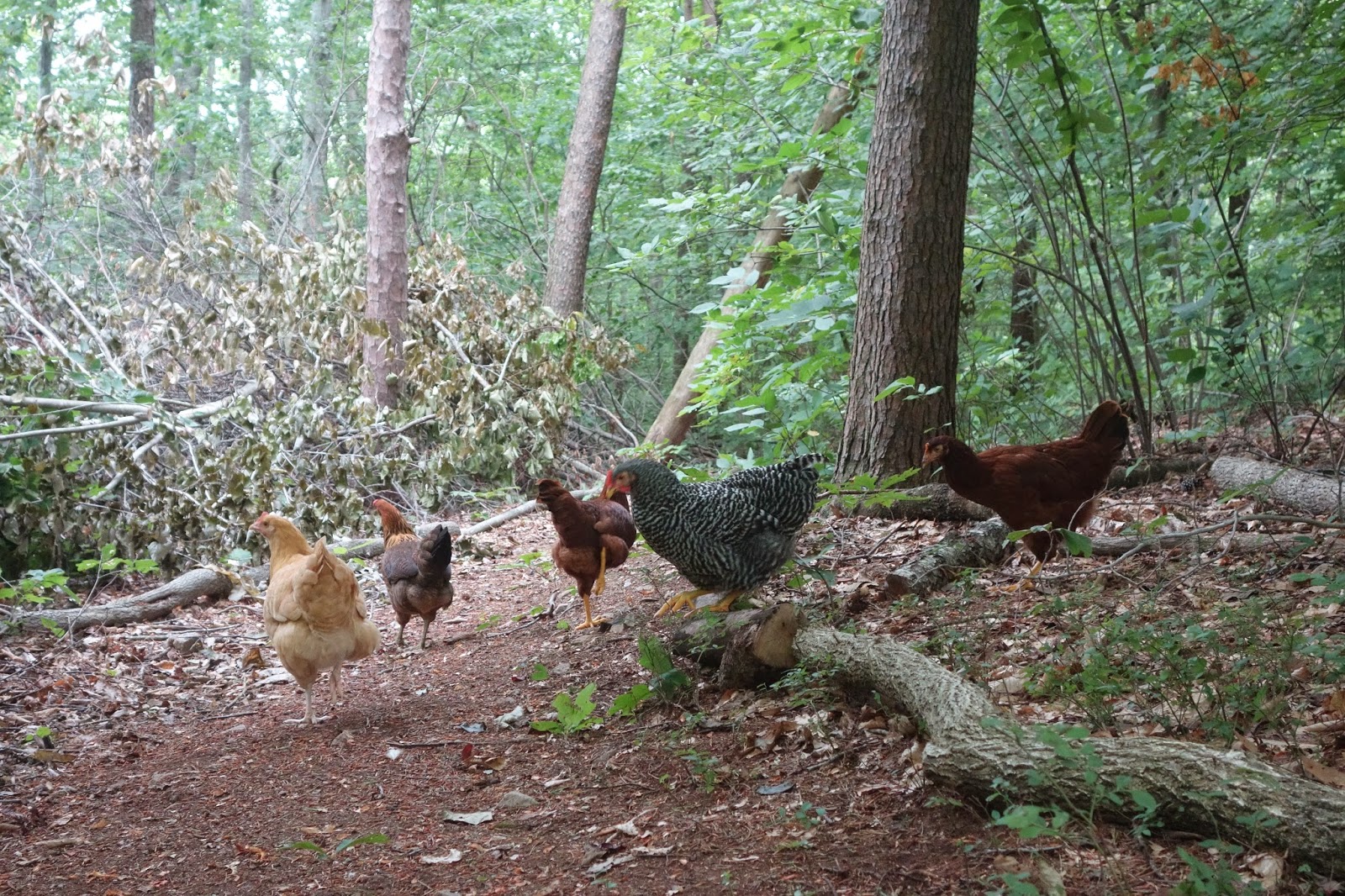 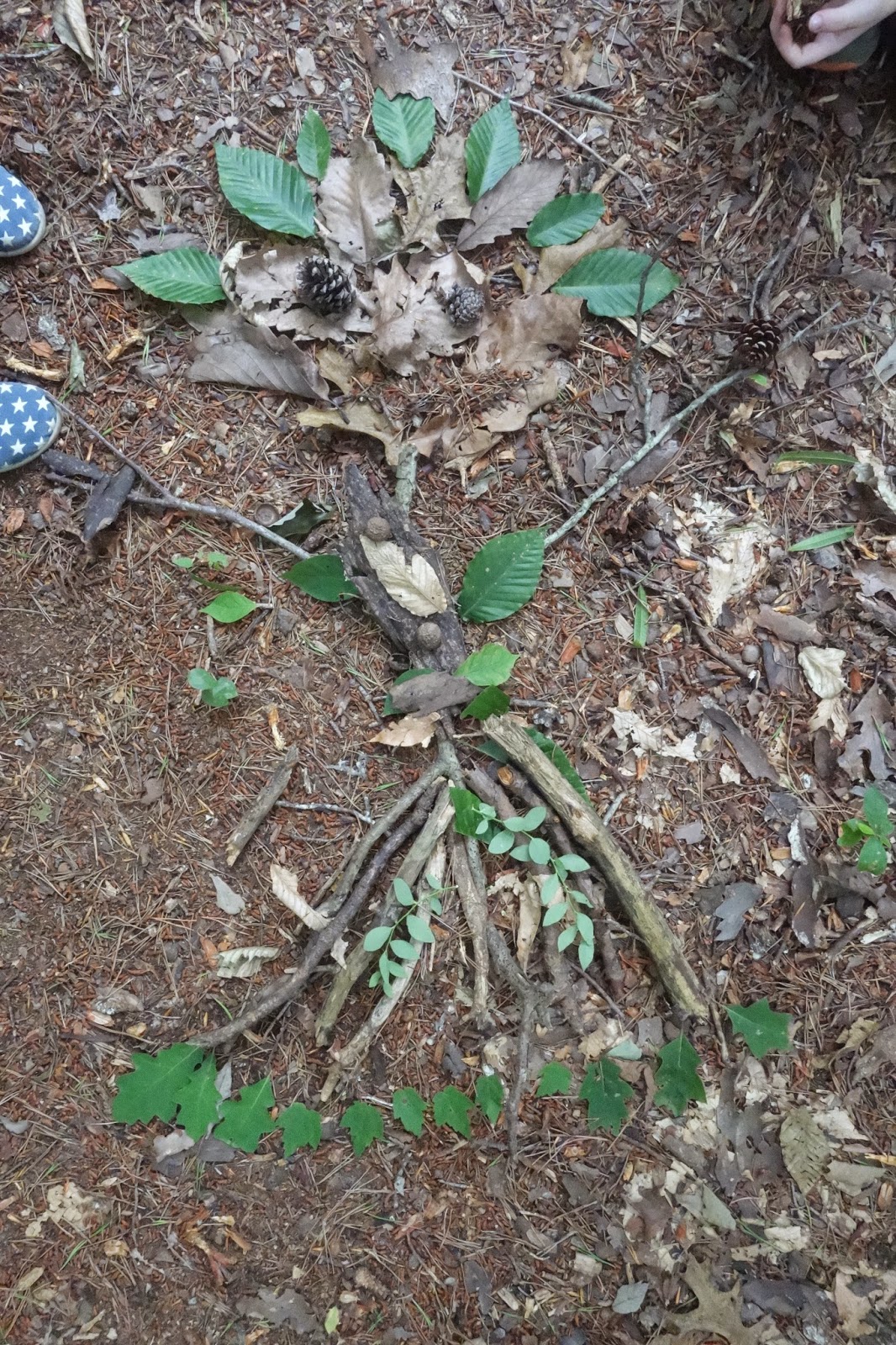 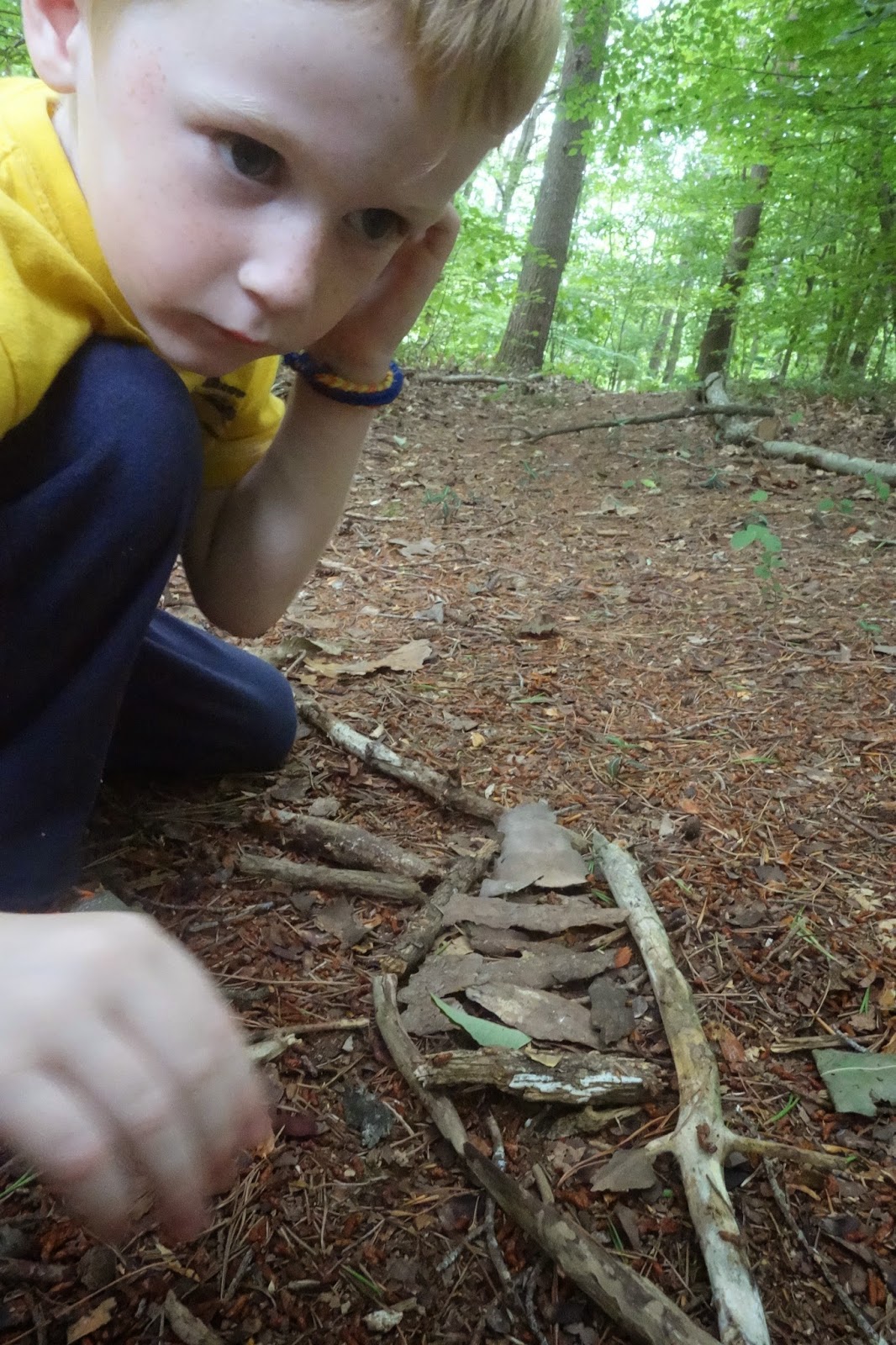 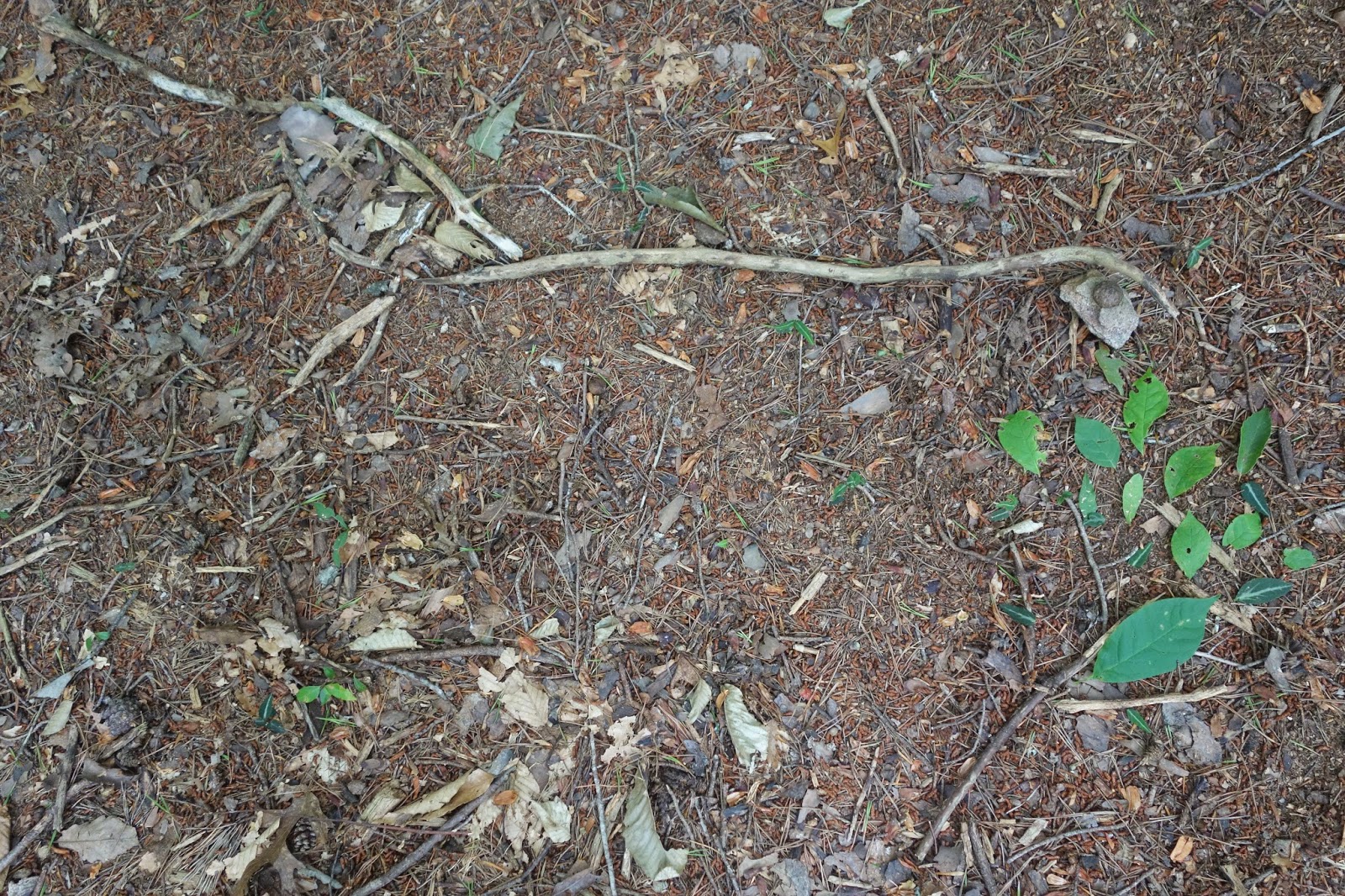 After a while we checked back on the chicken and the other chickens had all come back and were on the ramp to the coop very curious as to what the heck was going on in there with all that racket.  They were standing on the tippy toes with necks stretched out towards the door, creeping closer but very hesitant.  Finally she laid her egg, ate a bunch of feed and then went about the rest of her day as normal.  J was so excited she called her uncle right away who also has chickens close in age to ours and then called her papa and told him the exciting news as well as informing him "...the egg was warm and smelled like a chicken butt!" lol it didn't really stink, just had a bit of a farmy smell but I wouldn't say it smelled like a chicken butt FYI. 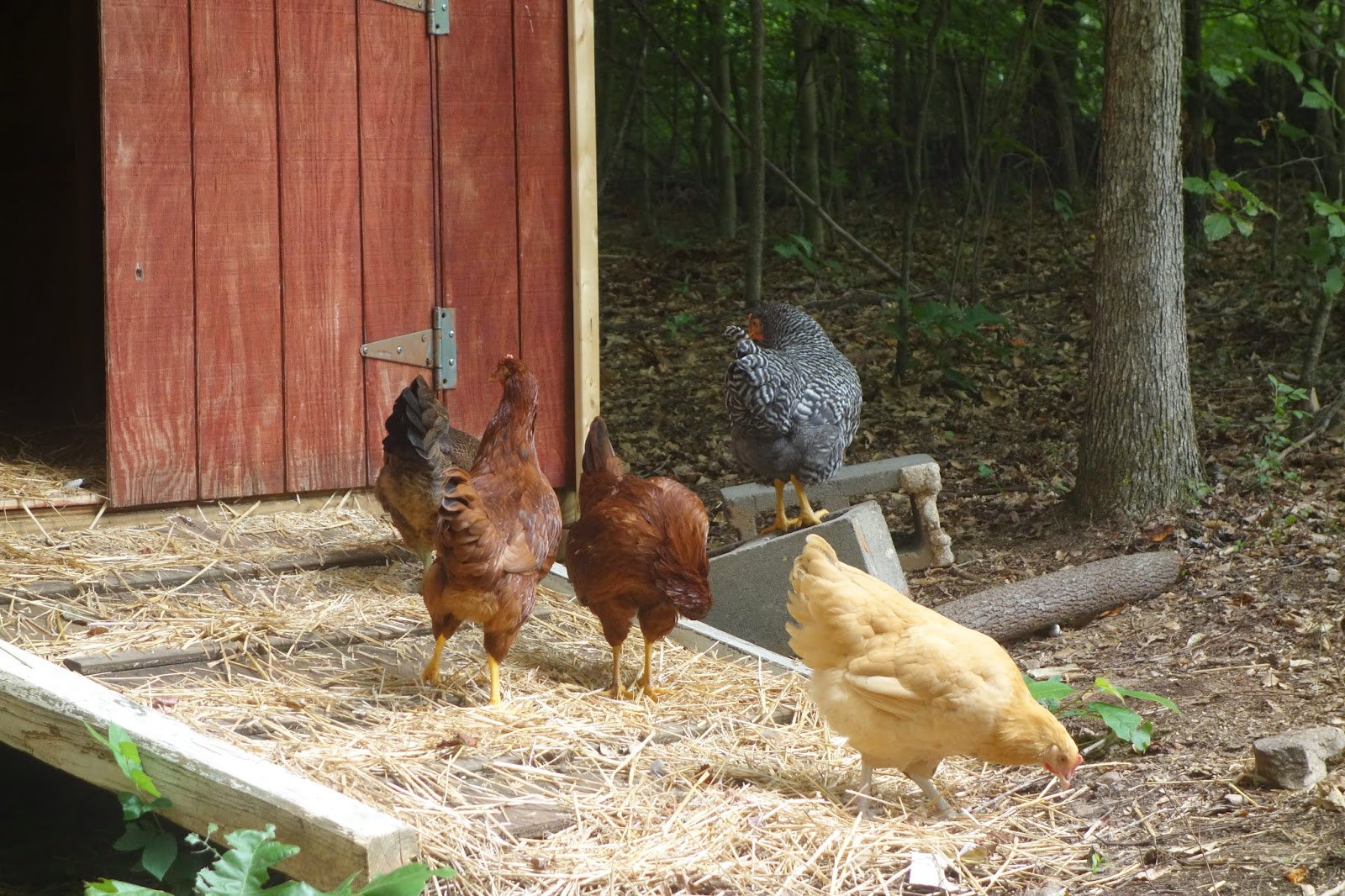 I went to peek in the window on the hen and my hubby casually says "watch out for that spider right by your head" I didn't think much, then saw THIS THING!!! Can you say ARACHNOPHOBIA!  And look at that weird zipper like thing it made!  Anyways, last year we had spiders like this on all our bushes...havent seen any since the hens are out eating all the time.  This is the first one and it's way away from the house. But still....EEEEEEWWWWWW! 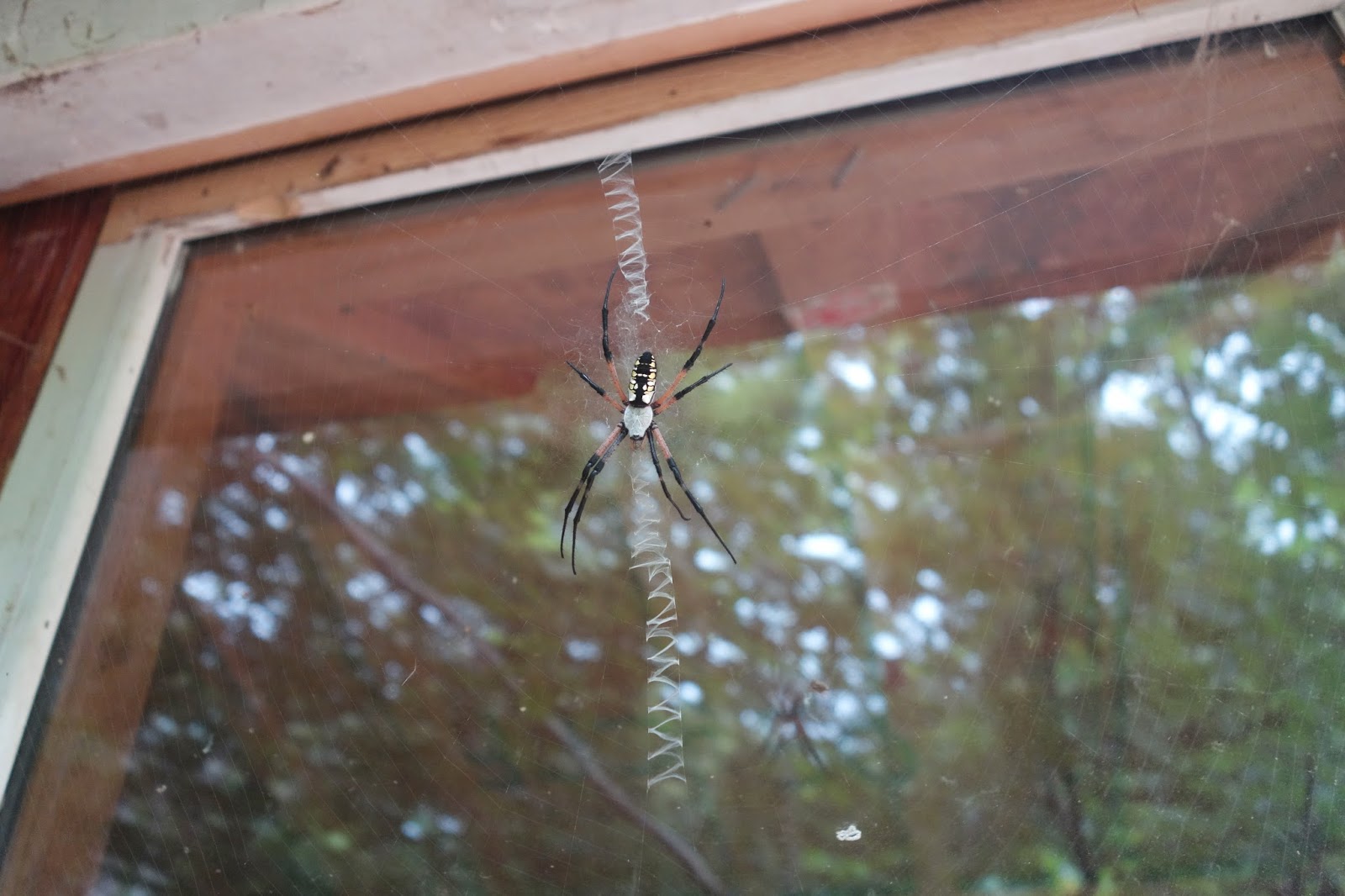 So we haven't tried them yet, they are kinda small at this point so we were going to wait to get a couple of them and then give them a try :)

Sell only if the stock goes so high that the business is just maxed out and not going to grow anymore.satta king play bazaar