I have wanted to share about homeschool and what we are doing and such...but we are keeping so busy I don't have much time for sharing much (the video ended up being a pretty good example why I don't blog often, soon as mom is busy someone starts crying or doing something)!  But I did want to share a lap book I created for our Science through Classical Conversations weeks 7-12 when we covered astronomy.  For the record we are doing Classical Conversations and using My Father's World for our daily learning.  We have enjoyed using both programs.  For Classical Conversations we are at the Foundations level and doing First grade with My Father's World.

Most of the pieces of the lapbook are in this google doc. The file for the parts of the sun was from The Wise Nest.  I'm not a lap booker, i like them, I just haven't gotten into it.  This is the first lap book I've made, it's nothing fancy, whipped it up along with a preschool version for the younger brother pretty quick but the kids were pretty excited about them.  Makes me think I should do more lapbooks.  Anyways, although not fancy  it gets the job done for covering the Foundations astronomy memory work from Classical Conversations and the kids thought they were really cool.

Here is a video showing how I put it together.

We Also got a free Moon App on my phone for tracking he phases of the moon.

If you don't want to watch the video demonstrating the lap book, here are a few crappy shots I took with my phone. 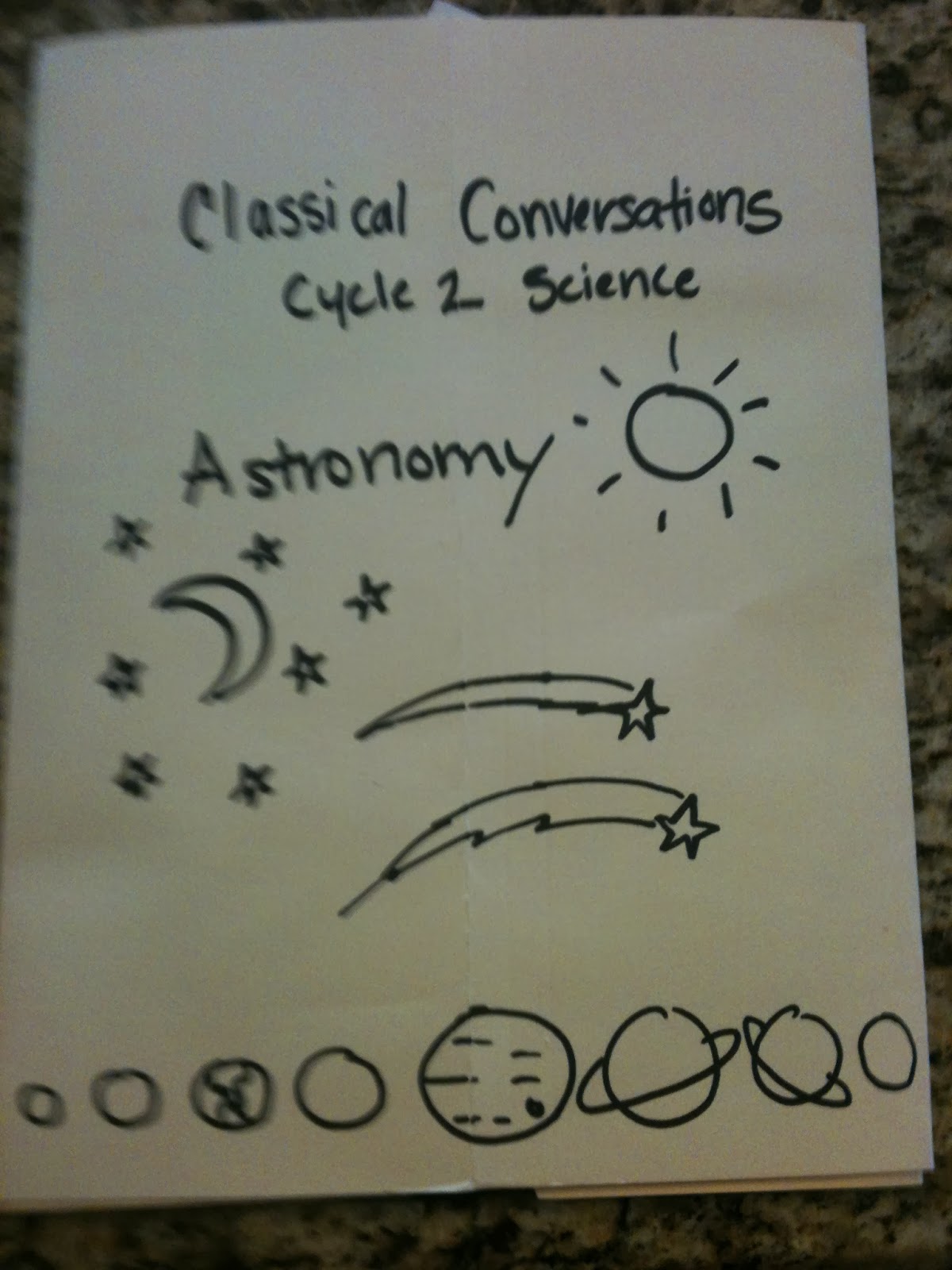 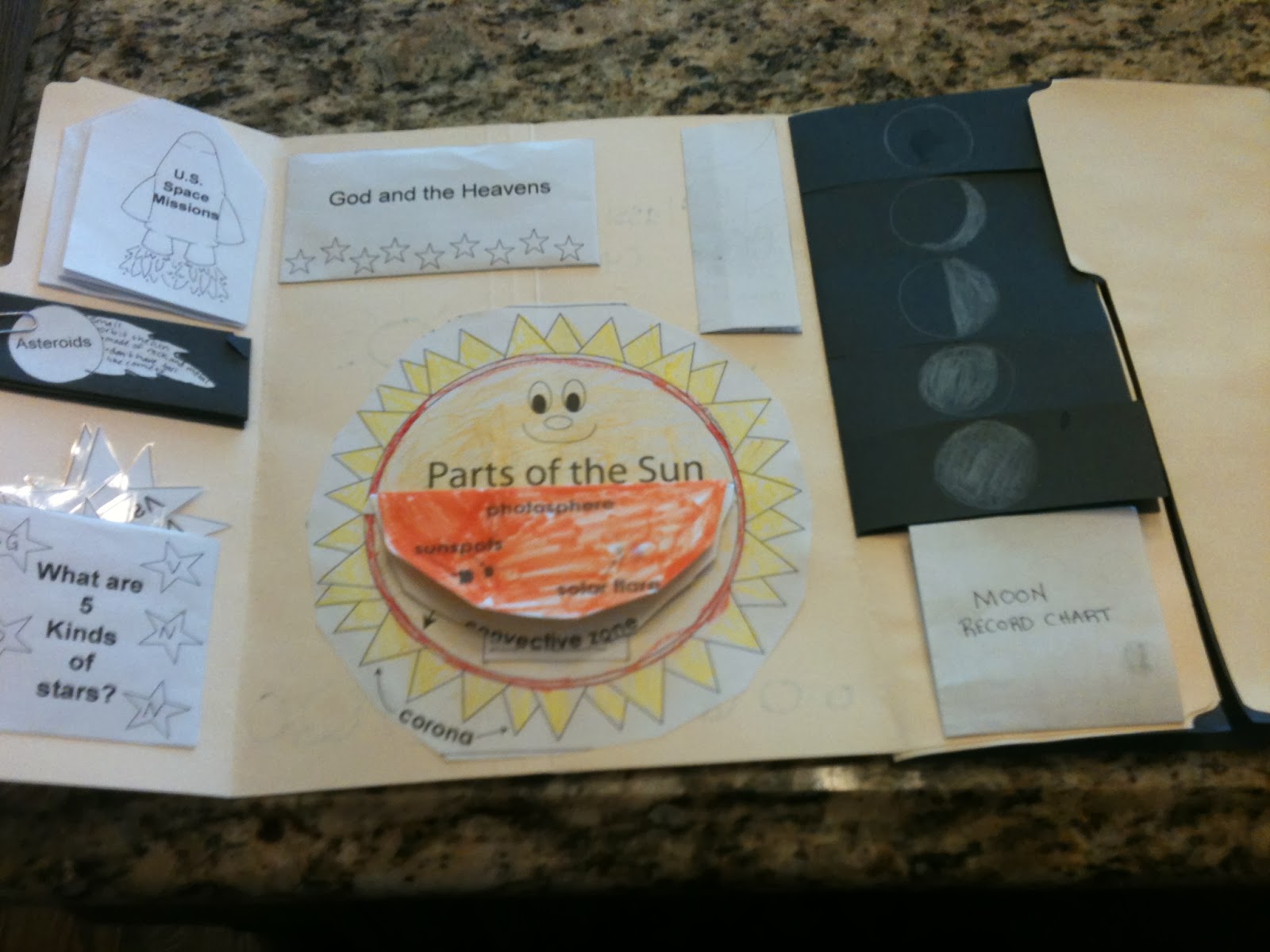 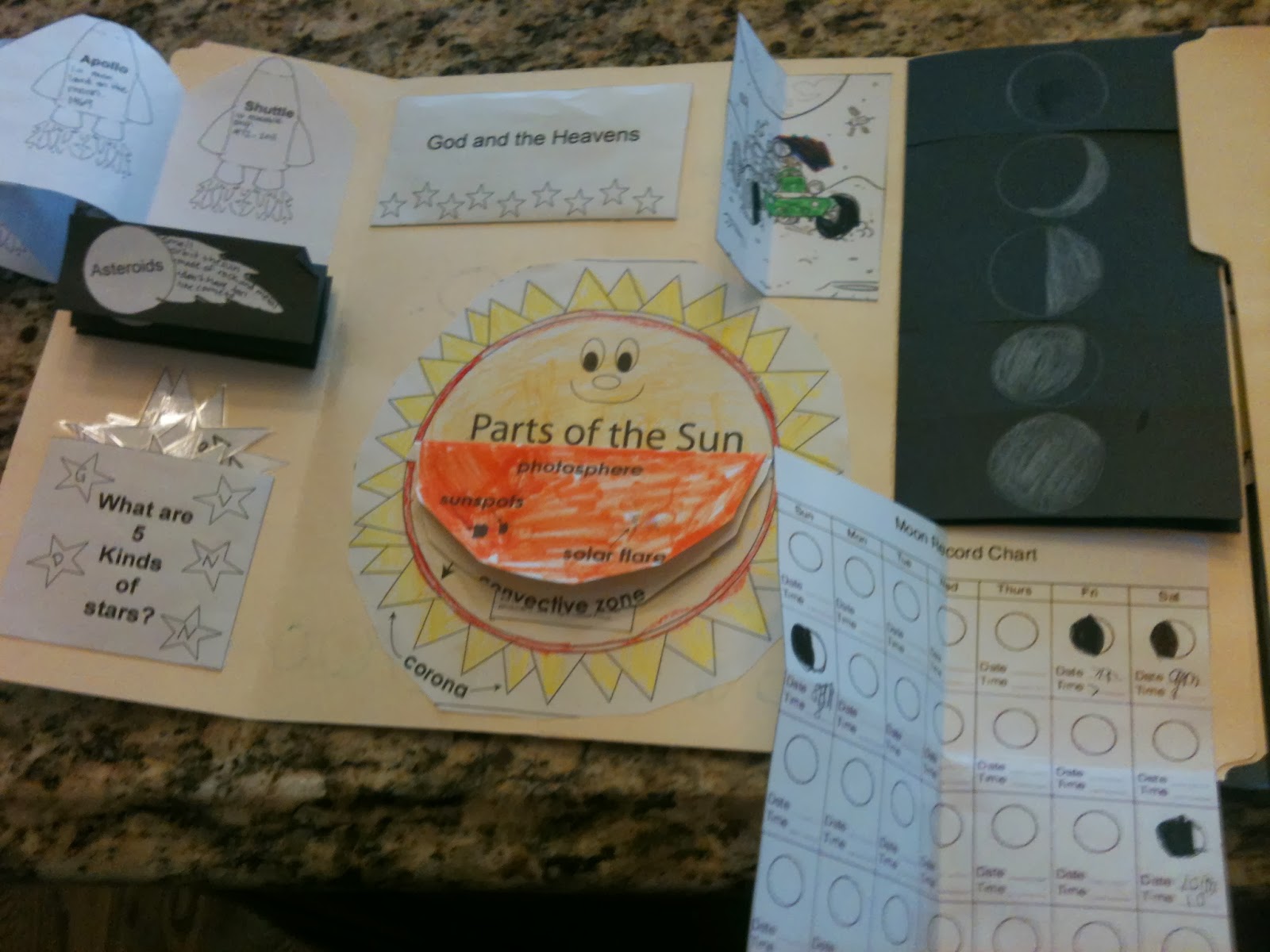 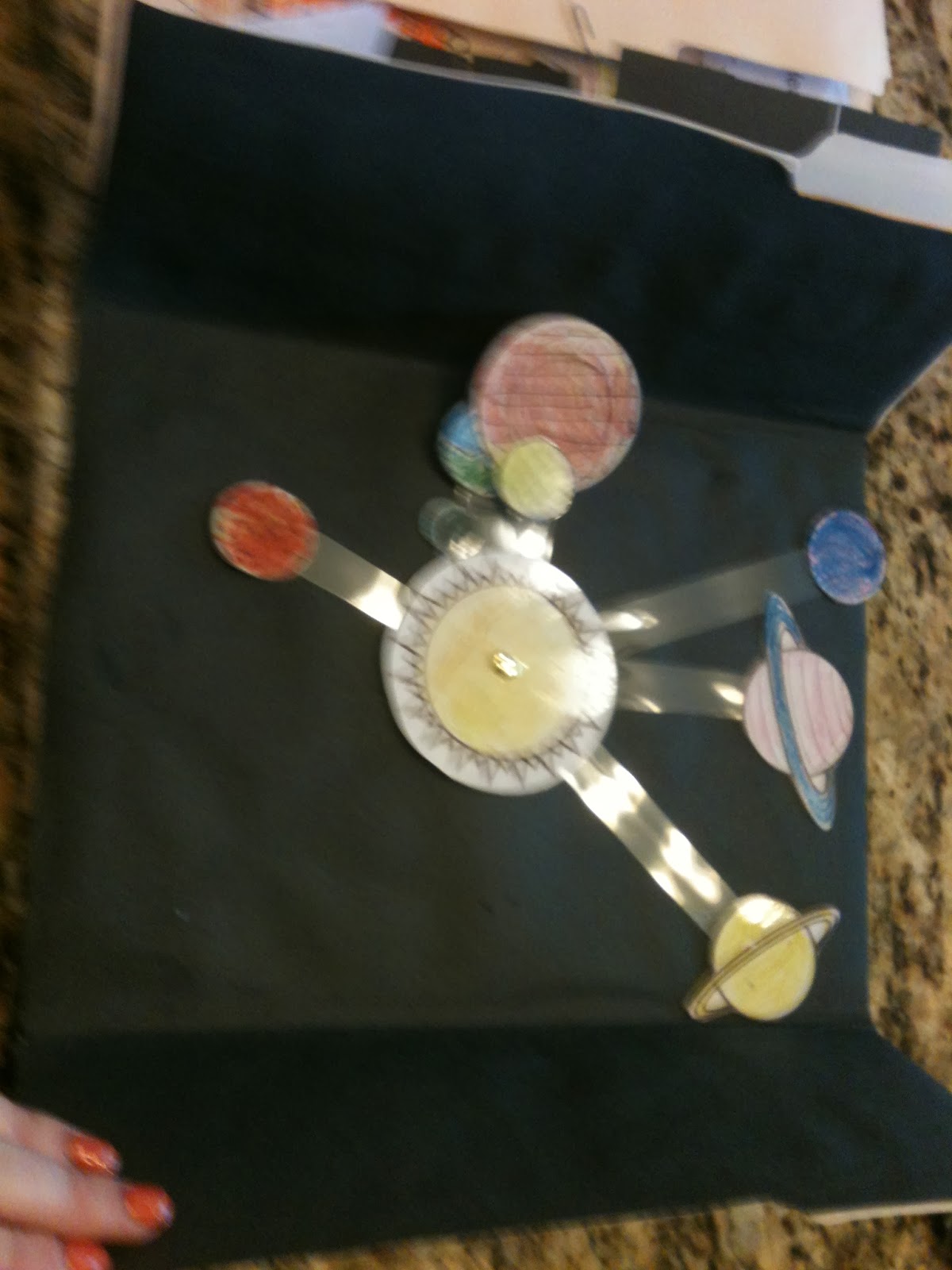 Preschool Version for my son (I didn't want him to feel left out) not sure why the pictures are sideways but I am in quick blog mode and can't get them to flip so it is what it is.  The Preschool Rocket Ship lapbook version also has the second part with the planets that orbit the sun but I didn't photograph it since it's the same as the one in the Foundations version above. 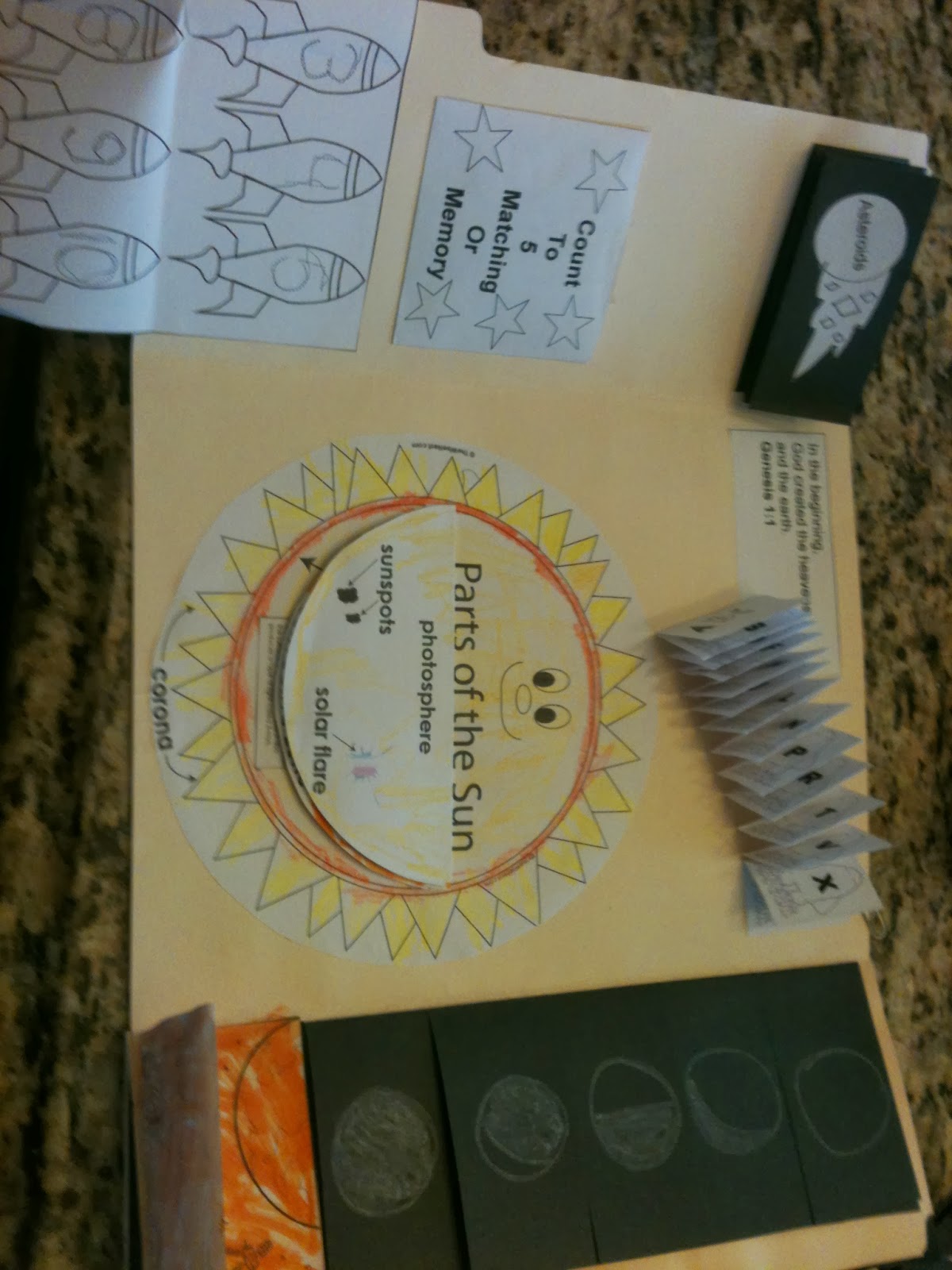 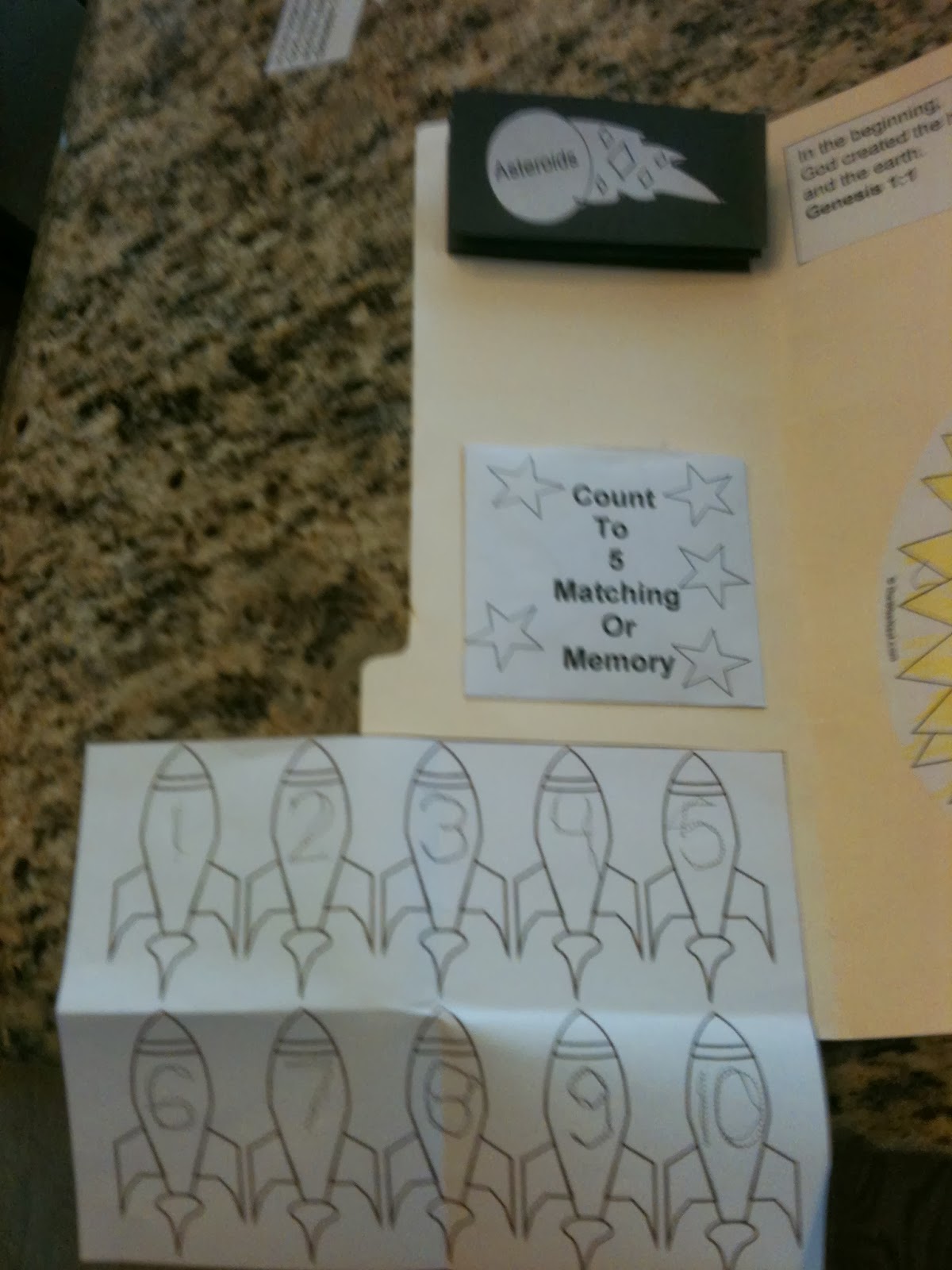 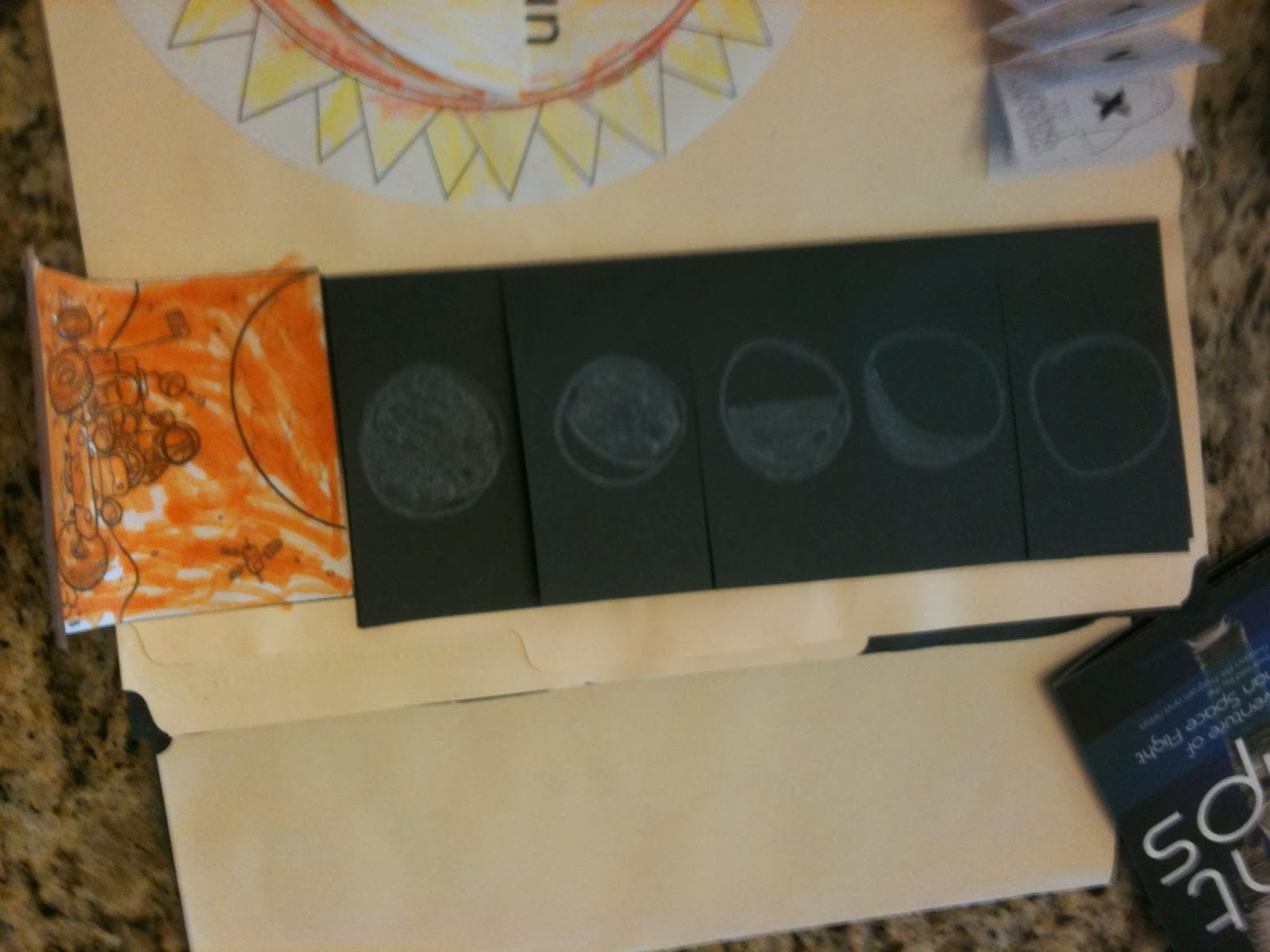