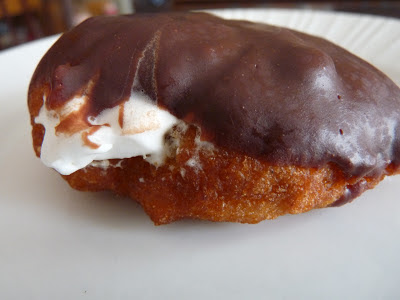 I have been away from my blog for a long time now!  It started with the computer crashing and losing the adapter to upload pics from my camera to my computer.  I am still having that problem as I'm using a crappy little tablet laptop that I don't enjoy but one of these days I'll get a new computer.  We have had a lot going on so it hasn't been top priority.  Things are mostly the same, Homeschooling is keeping us busy but we love it (most days) and the house is still on the market so that's awesome....not.  We need to get our butts from Nebraska to Georgia asap (although we love our home and peeps here!  that part is REALLY sad)  I have been really reluctant to leave as I grew to really appreciate the Omaha area over the past 2 years...It has a lot to offer for families without the traffic and other issues of living in a really large metro area.  But without further adieu let me get onto the Gluten Free Dairy Free Boston Cream Donuts (or doughnuts however you like to spell it) filled with whipped coconut cream!

So far on this GF DF lifestyle I've been pretty positive about things and don't think too much about what I miss eating and can't have.  I've enjoyed figuring out how to eat well and usually feel like all the stuff I might miss eating was bad for me anyways.  HOWEVER!!!  I've been struggling lately..BECAUSE I'm PREGNANT!(which you can read about in my last post)  And I'm not vomiting non-stop this time around and instead actually have an appetite and suddenly it's hit me and I miss all kinds of my old favorite treats.    Especially donuts and in particular, some boston cream style donuts that used to be sold at my high school in Regina, SK when I was in 9th grade that instead of the typical custard pudding inside, had an explosion of whipped cream inside....they were my favorite!  So today we made gluten free dairy free donuts for the first time and attempted to bring back my favorite donut memories.

These Donuts turned out very yummy!  My only disappointment is that there was't as much of the whipped coconut cream inside as I thought I had put in there.  But is worked out because I had quite a bit extra whipped cream still in the bag so when we eat our donuts and get towards the middle where there was virtually no cream, we just piped some more onto it while eating and that did the trick.

The only differences when I made the recipes was substituting potato starch for the corn starch because I'm trying to avoid corn right now.

Coconut Whipped Cream (dairy free whipped cream)
The Coconut Whipped Cream was very easy and heavenly!  I don't know why I waited so long to try making it....I want to just eat it for breakfast with a pile of strawberries!  To make the coconut cream I put a can of thai coconut milk in the fridge for a day.  After opening I drained out the liquid and what was left was the cream.  I put the cream in the mixer and whipped on high and added maybe a tablespoon of powdered sugar...maybe less...it wasn't very much. Then I filled a ziplock that had the corner cut and a icing tip inserted with the coconut cream.  Next I used a knife to cut a hole in the side of each donut, then inserted the icing tip into the hold and squeezed the bag to fill the donuts with the dairy free whipped cream.

Chocolate Frosting
For the Chocolate Frosting on the donuts, I used the Chocolate Syrup recipe from The Flying Apron cookbook that they use to top their macaroons.
It's a combination of dairy free chocolate chips, water, canola oil, and sea salt.  A Dairy Free Ganache would also be really yummy and work well to dip the donuts in and you can view my recipe for that here. (just make half the recipe or less though or you will have a lot extra.

Here are the gluten free donuts after a warm rise 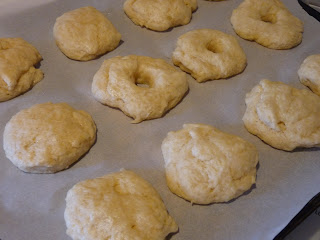 This was the first donut, it burnt immediately, the oil was way too hot and I had to let it cool back to 375. 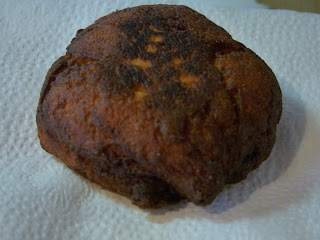 Frying the donuts the right way at 375 for 2 minutes or less total. 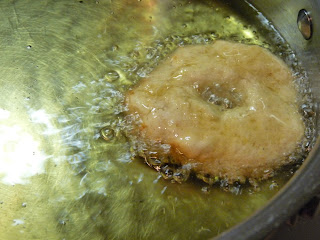 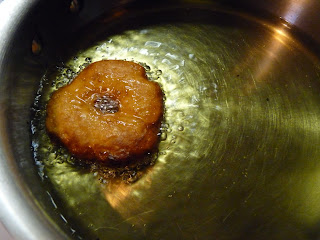 Drain them on paper towel. 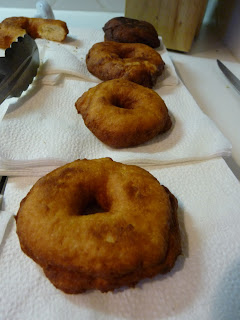 Meanwhile made the whipped coconut cream 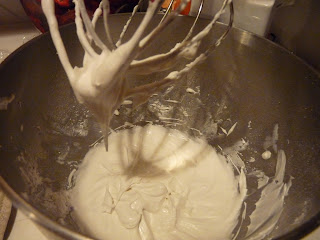 Put it in a large ziplock with a frosting tip on the end to pipe into the donuts for that gluten free boston cream donut goodness! 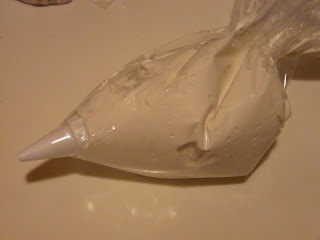 Gluten Free Boston Cream filled donuts, ready to be dipped in chocolate.  (sorry the pictures are so bad it was dark) 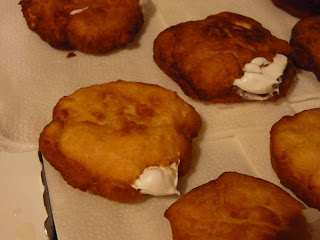 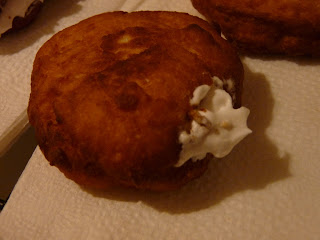 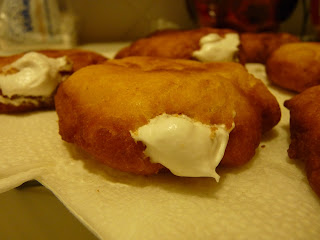 Make a double boiler for the chocolate sauce / ganache 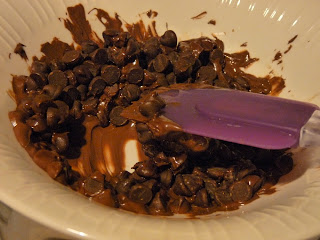 Melt the chocolate chips and stir till smooth, then added the water, canola oil and sea salt.  Or you could add dairy free milk at this point to make ganache. 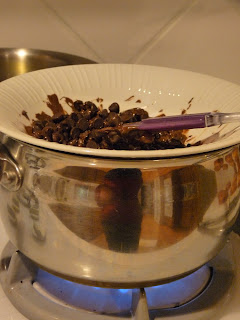 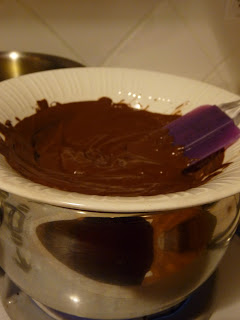 Dip the donuts in the chocolate sauce / ganache 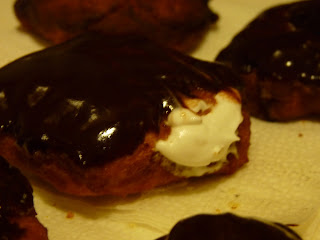 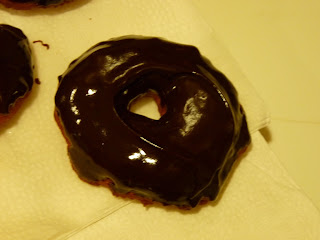 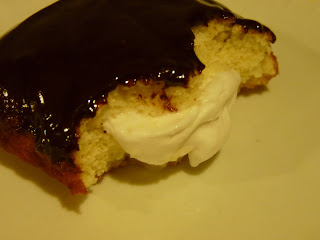 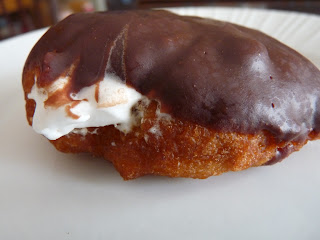 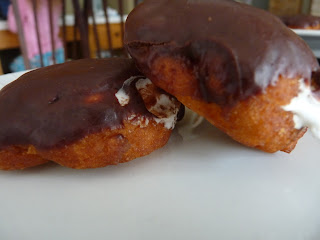 The next morning I got a better picture.  Once I bit into it I realized that there wasn't as much cream inside as I had thought.  But I had a bunch of extra whipped coconut cream still in the ziplock bag so I just piped a little more whipped cream onto the donut. 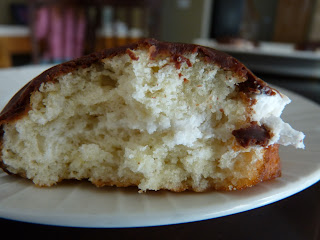