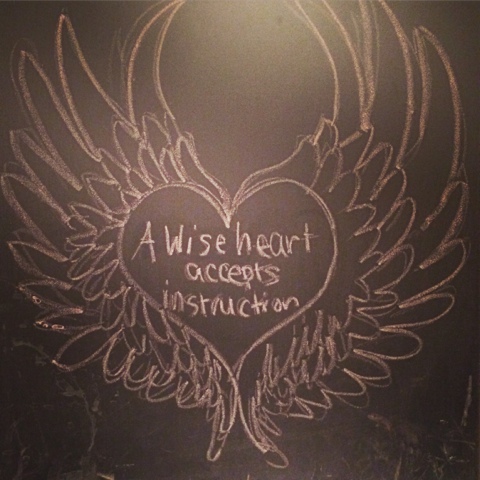 We started the day with everyone getting under my covers and having snuggles and then playing and making a mockery of my bedding but it was a happy slow start to a rainy day.  I put in a short video for them while I got breakfast started, Silvania's Gluten Free & Dairy Free Cinnamon Toasted Belgian Waffles.  When I got near the end of the batter I had the kids set the table nicely and set out water and all the fixings in the center and we lot a candle.  I've been craving something chocolate for days so I made mine fancy with some peanut butter and chocolate chips and then put it back in the warmer to get the chocolate chips melted...added maple syrup and mmm finally hit the spot!  The kids then cleared the table, helped unload the dishwasher and load the dirty dishes. 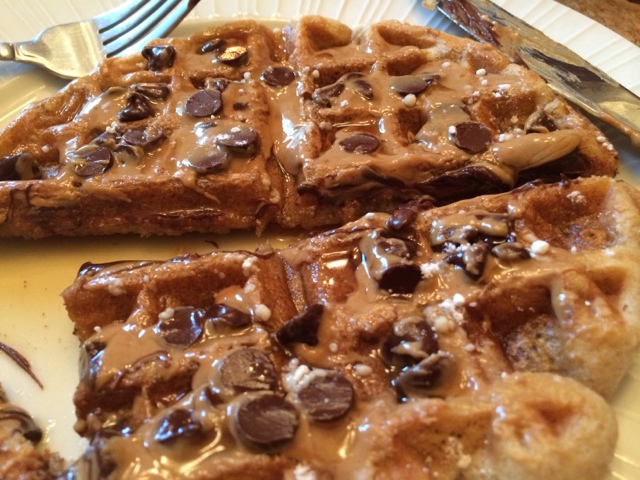 We then read from our 5 minute book of devotions and learned about rams and how they fight because they get angry if anyone is in their territory and how we should use our words and not act like an angry ram when it comes to sharing or having angry feelings. I could post a picture of them tackling eachother over a triangle magnet but I won't embarrass them that much....after the little lesson
the boys ran off and started building with the magaformers.  J sat on the stairs and did her 3 minute devotions for girls before getting ready for the day. 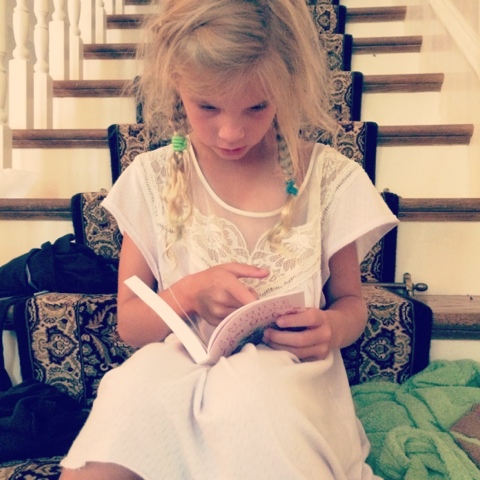 The boys are still building with the megaformers...J is copying the wings illustration and verse from the chalkboard. And we reviewed the story of Deadalus and Icarus from our Greek Myths and talked about how one of our recent memory verses came to kind when thinking of the moral of the story. 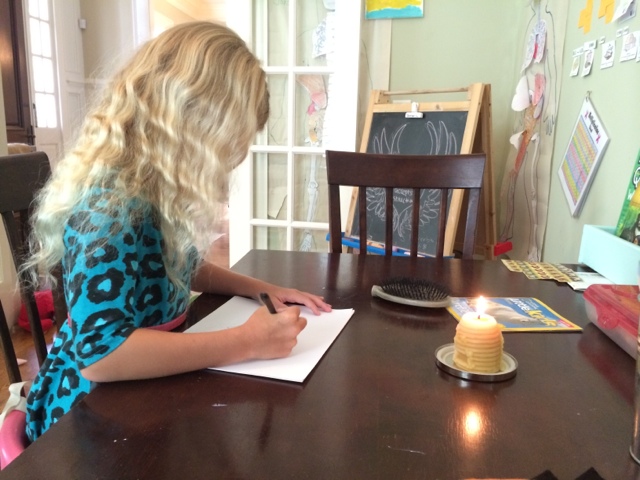 We were enjoying the beeswax candle that is shaped like a beehive we picked up on our field trip to a local apiary last week. 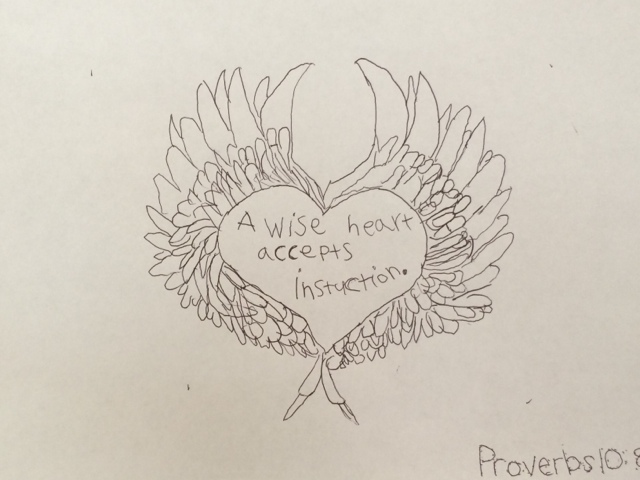 We had an unplanned detour in our day that took about an hour or so...J was suddenly inspired to do a science experiment she thought of which involved quite a but of soap. 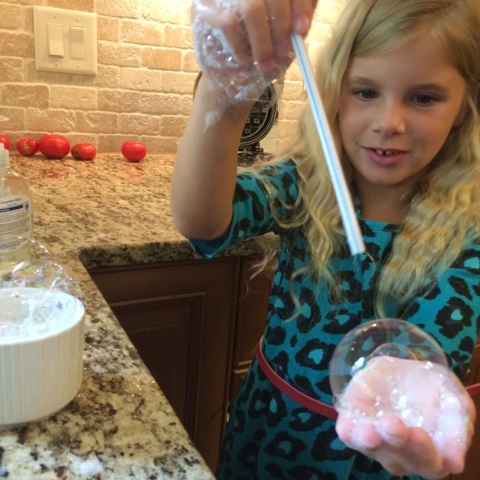 Her brother wanted in on the science fun.    He put a piece of plastic in his mixture and for a minute thought he had invented an invidibility concoction because it made the plastic invisible....but unfortunately he realized it was just blending in since it was clear... So we said it was camouflaged.  It made a great sensory activity as they wanted to add a couple drops if essential oil and essential ops always make us happy :). (I mainly use Plant Therapy and get straight from Amazon with free shipping). 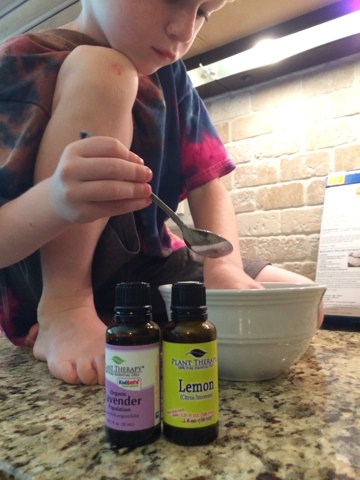 Here we put together a model of a plant cell for science made with colored paper craft foam and felt...just mixed what I had on hand to get different colors.
The only time the cat wants attention today is when we are working with a model of a plant cell and keeps walking over it and we're laughing trying to remember what was what but he keeps messing it up lol even I couldn't get it right and kept confusing the kids calling chloroplasts "cytoplast"...kitty you are distracting but so cute! 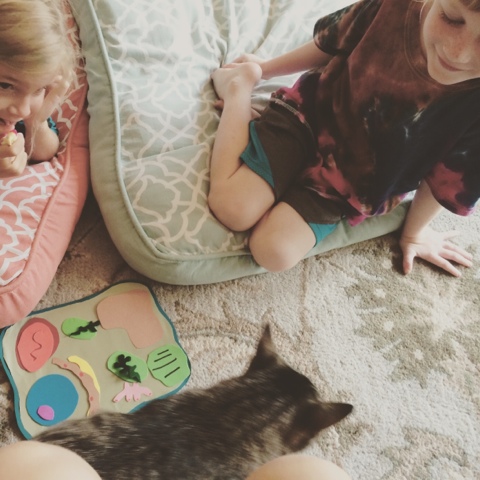 After completing the new memory work for week 4 we did a review.  I had Jordan copy another line to the poem she's copying onto a watercolor painting and then we did some chalkboard math practice.
Later the kids played with building toys while listening to Parables From Nature on Audible.  I tidied up a bit, and had a little break then came and sat next to them on the flour with paper and crayons and casually began illustrating the story we were listening too.  I didn't say anything about what I was doing and put out extra paper for the kids in case they wanted to join me but they were enjoying watching me draw and listening while playing with the blocks and megaformers.  No biggie, just a friendly invitation to draw but they were still listening to the story and enjoying what they were ready doing so I was fine with that. 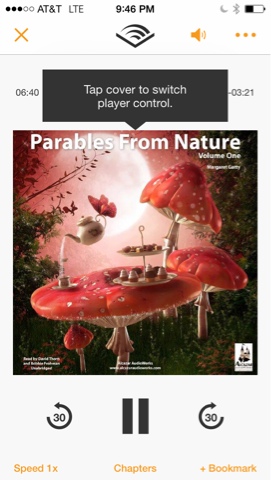 It had been a wet and rainy day but later the sun came out and we had soccer practice.  The boys and I enjoyed the park trails with their scooters.  I didn't ever think a 24 month old would be figuring out riding a scooter but he's determined to be exactly like his big brother...as you can see here following him around the playground like a shadow copying his every move. 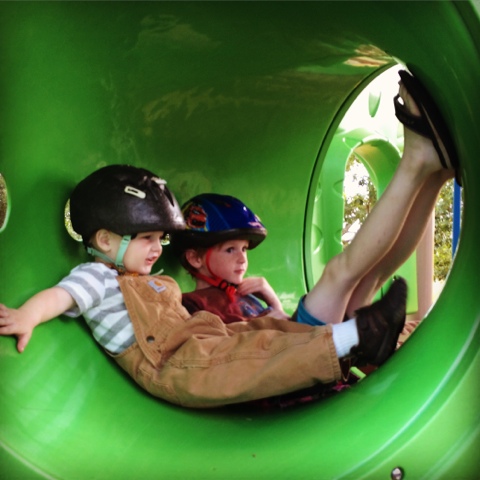 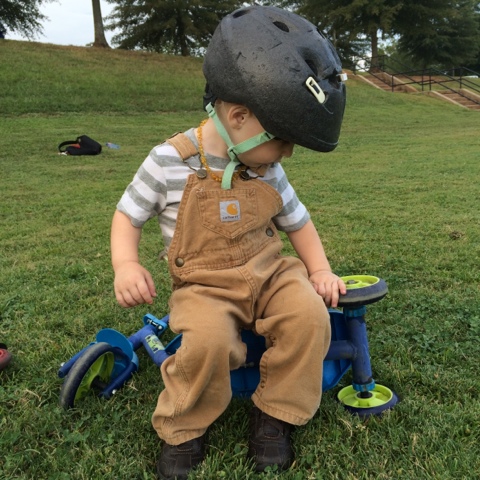 We made our way back to the soccer fields and watched the end of practice and my toddler was getting restless and became obsessed with taking pictures with my phone.  He really liked photographing the wheel on his scooter, his shoes and his brother! I had to delete a LOT! 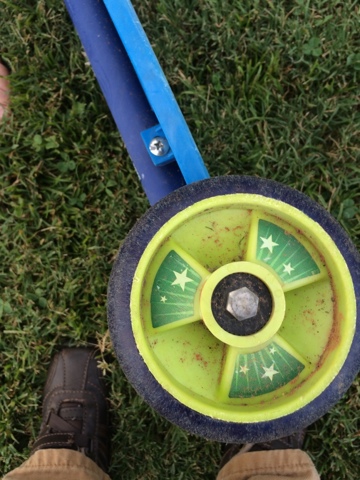 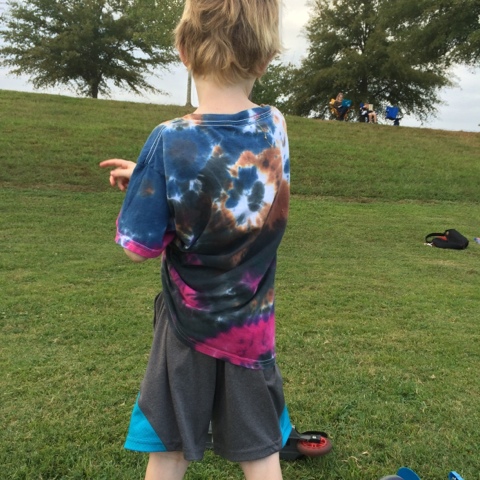 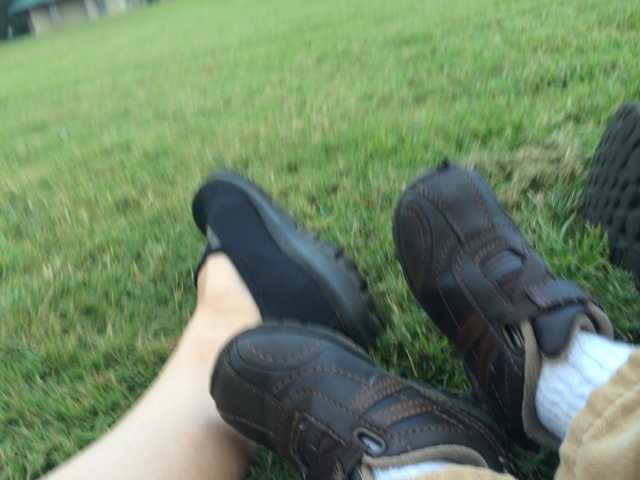 And my 5 year old asked to take a picture if the tree below so he could study it at home later and know how to draw in his nature journal. 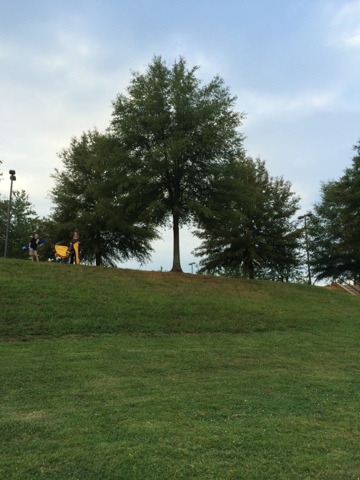 And that was pretty much a wrap for the day! Got home, got dinner and got everyone to bed :).