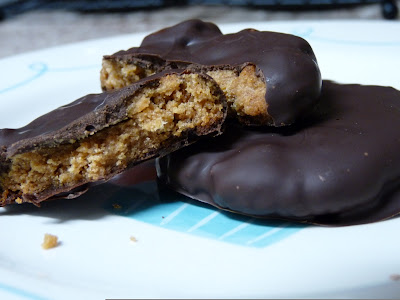 Alright, it's been crazy around here with sleep issues, then sick kids, but here's the update!  :)  My sister has Celiac Disease which is genetic and has been Gluten Free for about 5 years or so.  My younger brother, a Freshman in college was starting to have some issues and after going to specialists who couldn't figure out what was wrong with him gave up and said, you are fine you are just weird...basically.  But then my mom took him to her doc who has an integrative practice and is great at getting to the root of the problem.  He discovered B vitamin deficiencies and irregular thyroid and advised him to get some testing done by Entero Labs.  It came back he also has a genetic gluten intolerance, however it does not show up as celiac in the typical blood tests.  I've wondered if my daughter had gluten sensitivity for a while and even had her do a blood test for celiac a while back which came back negative.  But with the new info from my younger brother's lab work, it indicated that he has genetic gluten sensitivity inherited from both parents and the lab work said any siblings probably have it as well.  Then I started coming across all this info on gluten intolerance and Hashimotos and am learning that a lot of thyroid problems are caused by gluten intolerance!  I was diagnosed with Hypothyroidism in highschool, which is pretty young to get diagnosed for that.  I was diagnosed with Hashimoto's when I was trying to get pregnant with my second and it wasn't working.  Once I switched from levothyroxine to Synthroid and got my dosage up a lot higher, I finally got pregnant.  ANYWAYS.....So we are trying a gluten free diet, my daughter and I.  She sometimes wakes up with horrible stomach pains, screaming like a woman in labour at night and I've started to notice the correlation between those episodes and a dense gluten dinner, such as pasta.  Dietary changes aren't super easy but we're going to give this a try.  Thankfully I have my sister to refer to to know good alternatives!
Here are a couple of our gluten free things we had this week so far.  The plan is to test by elimination and then have some in a few weeks and see if there is a reaction.  It's a lot cheaper test to start out with than the lab testing. 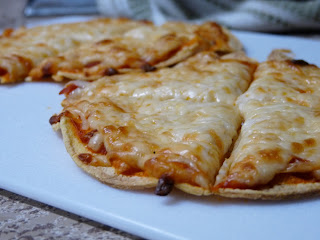 Mini gluten free pizzas!  A corn tortilla topped with some pasta sauce and shredded mozarella cheese.  Baked in oven at 400 until cheese was bubbly. 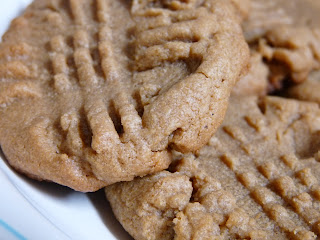 This is the easiest cookie recipe I've ever seen.
1 egg
1 cup peanut butter (smooth or crunchy)
1 cup sugar
bake at 350 for 8-10 minutes!  That's it.
Then I melted some dark chocolate in the microwave (dairy free) and dipped the cookies in covering both sides.  Placed on parchment paper and let set in the refridgerator till set.  Oh my goodness this was some good stuff!!! I haven't had a reese peanut butter cup in forever and this was awesome!!! 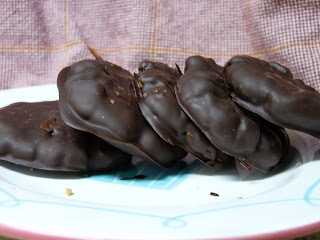 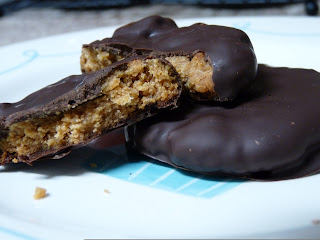 yummmmm! I'll have to try the chocolate addition next time I make these cookies - Great idea!

Can i PLEASE come over to your house for dinner :) You're making me hungry.

Gluten free eating is like any new skill, it becomes easier with experience and practice. I pray you and Jordan will start experiencing improved health.

I've been gluten-free for more than a year, and I don't miss it at ALL. Dairy, though, in due time with enough gut healing...can be added back in, provided it's a2 dairy. I am FINE with goat and sheep cheese in moderate amounts. Cow's milk. Forget it.

I wish someone would have told me this a year ago, but look into fermented foods to heal the stomach. I'll be writing about this more at length, but if you have a good health food store or a Whole Paycheck, try to start drinking Kombucha. It's will help you guys. You can even make it at home b/c it's $.

I tried emailing you, but you are a "no=reply" blogger :(

Was just having a look around the ol' gluten free recipes (I'm a coeliac, boo) and noticed your corn tortillas..

Just to let you know, Corn acts the same way as gluten does to many gluten-intolerants, along with Rolled oats/oats.

I seem to be fine with Oats, but corn doesn't go down too well...

Just a heads up, and I'm jealous if you can handle the corn, as those pizzas look YUM!

Thanks for sharing your gluten free recipes. My grown son was found to be allergic to flour when he was young. The last few years he started having terrible stomach problems & we found out it is his flour allergy. I'll be following your site closely. If you have any other information to share, I know a lot of us will appreciate it.