My Hooter Hiders and Suspenders 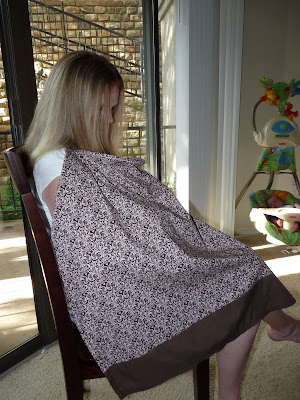 I have barely been able to get on the computer since the baby was born 3 weeks ago, I've been too busy with kids, company, taking lots of pictures and sleeping. Anyways, things have been going great and we just adore this little guy so much! I can't believe we've only had him for 3 weeks while at the same time I can't believe he's already 3 weeks old! 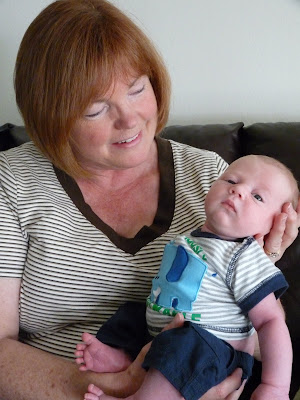 My mom has been staying with us for the past 8 days which has been awesome! My hubby had to do some traveling for work and I was SO glad to not be totally on my own yet with the 2 kiddos! Plus, living so far from my family it's just really nice to get to have some girl time with my own mommy. She been helping me get everything done....including LOADS AND LOADS od laundry! But one fun thing she helped me get done during her stay was make Hooter Hiders aka Nursing Covers. I really wanted to make one before I had the baby but didn't get around to doing it. So we ran to the Hobby Lobby around the corner and found some really pretty fabrics and made 2 nursing covers for about $6.00 each at most! If you want to buy a nursing cover at a maternity store or target, they run close to $35 each. We found a good tutorial at Tada Creations and my mom did most the work on these while I took care of the baby...I did some of the ironing and cutting but she did all the sewing this time around! Anyways, I LOVE them! They were easy too! I'm so happy with how they turned out, the only thing that could be better is...well...make sure you don't accidentally buy upholstry thread like I did...we went ahead and used it and it's not a HUGE deal...but they would have turned out better with regular thread. 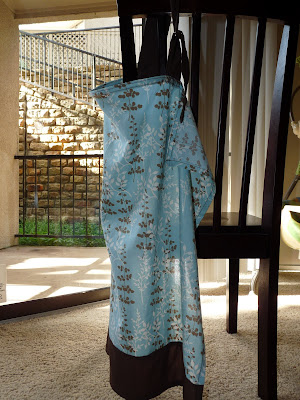 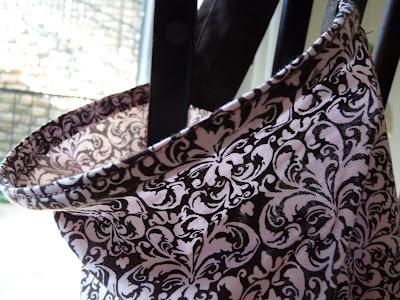 So I'm thinking I might start wearing some suspenders! I've been wearing a lot of gym shorts and yoga pants as I'm at that inbetween stage of not fitting my maternity clothes but not fitting my pre-pregnancy clothes either...so it seems a lot of times when I'm holding the baby, my 3 year old will try to climb up me and end up pulling my pants down. Not that big of a deal when we're just hanging out in the house by ourselves...however...yesterday I took her out to the swimming pool just outside our front door for a bit. As we were walking back up to our door to go home, my 50-60ish year old neighbor (a man) walked out with his little dog...JJ used to love dogs but apparently now she is terrified because she started screaming and trying to climb up my legs but instead....was pulling my shorts down. I was holding onto the front of my shorts the best I could but she was going nuts...I couldn't pick her up and the shorts completely came down halfway....At least my underwear stayed up! When I told my husband later...he joked "No fair, now Bill has seen you more naked than I have in weeks!" lol. (he exagerates).

Anyways, so I'm thinking until I can fit into some normal jeans...I might have to start wearing some suspenders or tying a rope around the top of everything (not really) before I leave my apartment...because I don't want people seeing my butt/underwear everytime JJ sees a little dog walk by or decides she wants me to hold her too while I'm already carrying the baby. 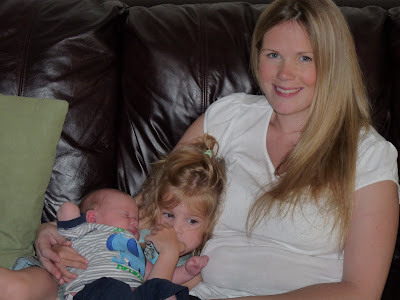 Oh, how precious is he! It almost brings a tear to my eye, reminds me how fast my little guy is growing :(
You look gorgeous by the way, and I love your Hooter Hiders, haha. I definitely need one of these next time around :) such a pain trying to cover up with a blanket.

love em! glad to see you are back to bloggin ;) I will get to it one of these days too! :)

You would like Belly Ups to hold your pants up - I think its just what you are looking for!

Hey Candace, did you get my email? I wanted to feature you for FAB Friday. Email me when you get a chance and we'll talk more about it!

Very cute. I love damask print (I see you do too). Hooter hider is a much cuter name that udder cover, LOL. I found your blog from the feature over at Crystal's blog.

We have new and unique product that may be of great interest to you and your followers.

Belly Armor produces maternity clothing and accessories that shield against EMF radiation. This is a brand new product for the US market, and we have just soft-launched this week.

Over the past year there has been a lot of media and political attention to the growing evidence of health risks from EMF radiation - in response to this we have adopted the industrial technology of our parent company to create stylish and convenient maternity products. You can learn more at www.bellyarmor.com . We currently retail online and through select maternity boutiques for $59 and up. Please let me know what more information you need.

Hope to hear from you!