So after the chicken coop project got finished, next up was the deck.  It was a pretty big project with the power washing and painting, more than you might think.  I did help with some of the painting but who am I kidding, Hubby did most of it...he finished the work while the kids and I were away visiting family so it was nice to come home to a finished project!  Not to mention he cleared out a bunch of the ugly tree stumps in the yard and thoroughly cleaned out the mini van! thanks babe!

Anyways, I'm loving the new deck, it feels so much cleaner with the fresh paint and stain vs the weathered wood that was stained green from the spring pollen with curling boards...hubs got that all fixed up now.  At first we were going to just stain the deck all one color with either a clear stain or something subtle but then the deck had these copper caps on the posts and they weren't that noticeable against the weathered wood and if we did a brown stain all over I didn't think it would do much justice so I went hmmmmmm.....for about an hour as hubby tapped his foot waiting for me to decide so he could go to Home Depot to get supplies and decided to go ahead and paint the deck rails an off white and then do Thompson Waterseal stain in Acorn Brown I think it was the semi-transparent.

Here's the before and after. 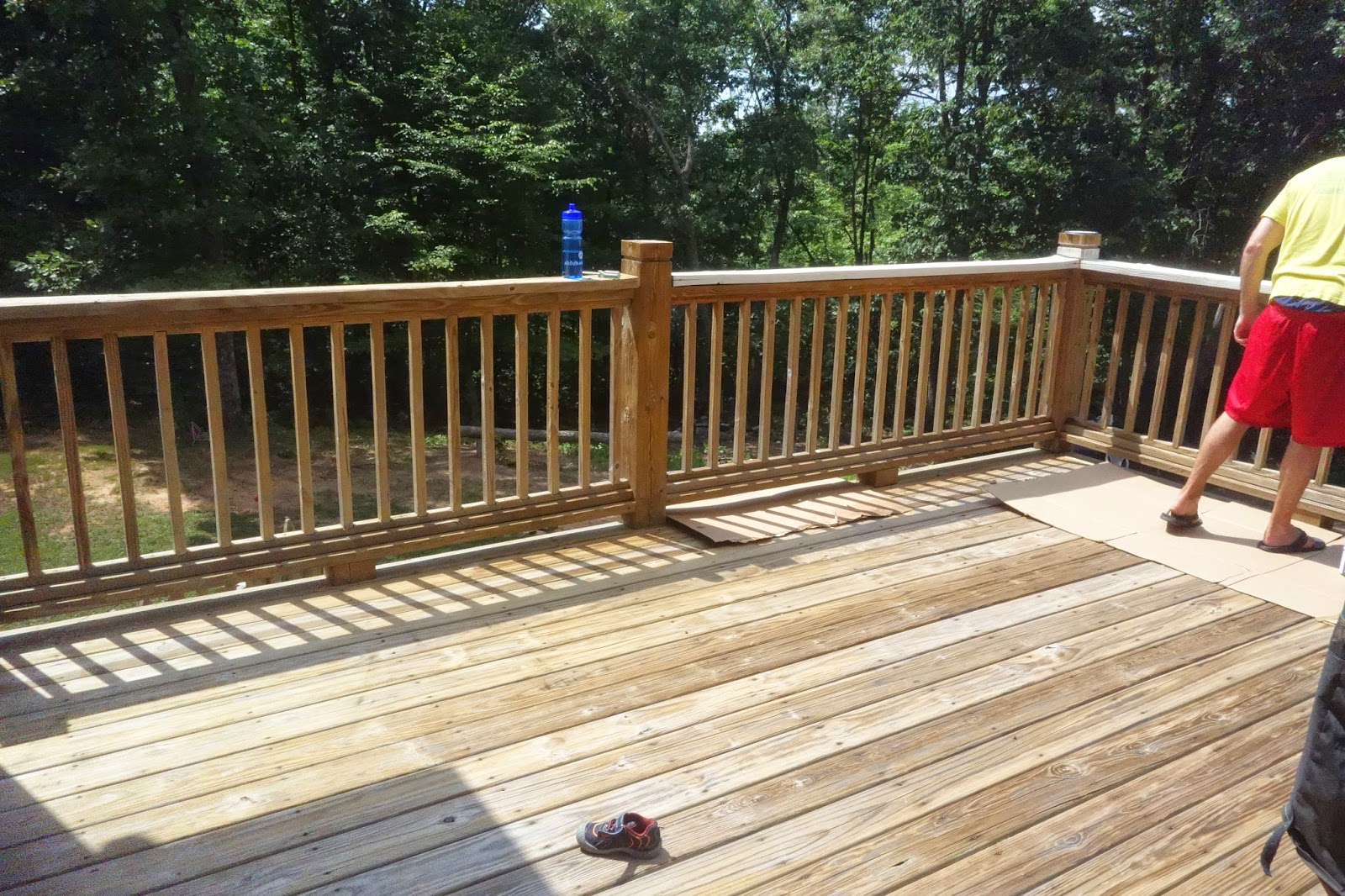 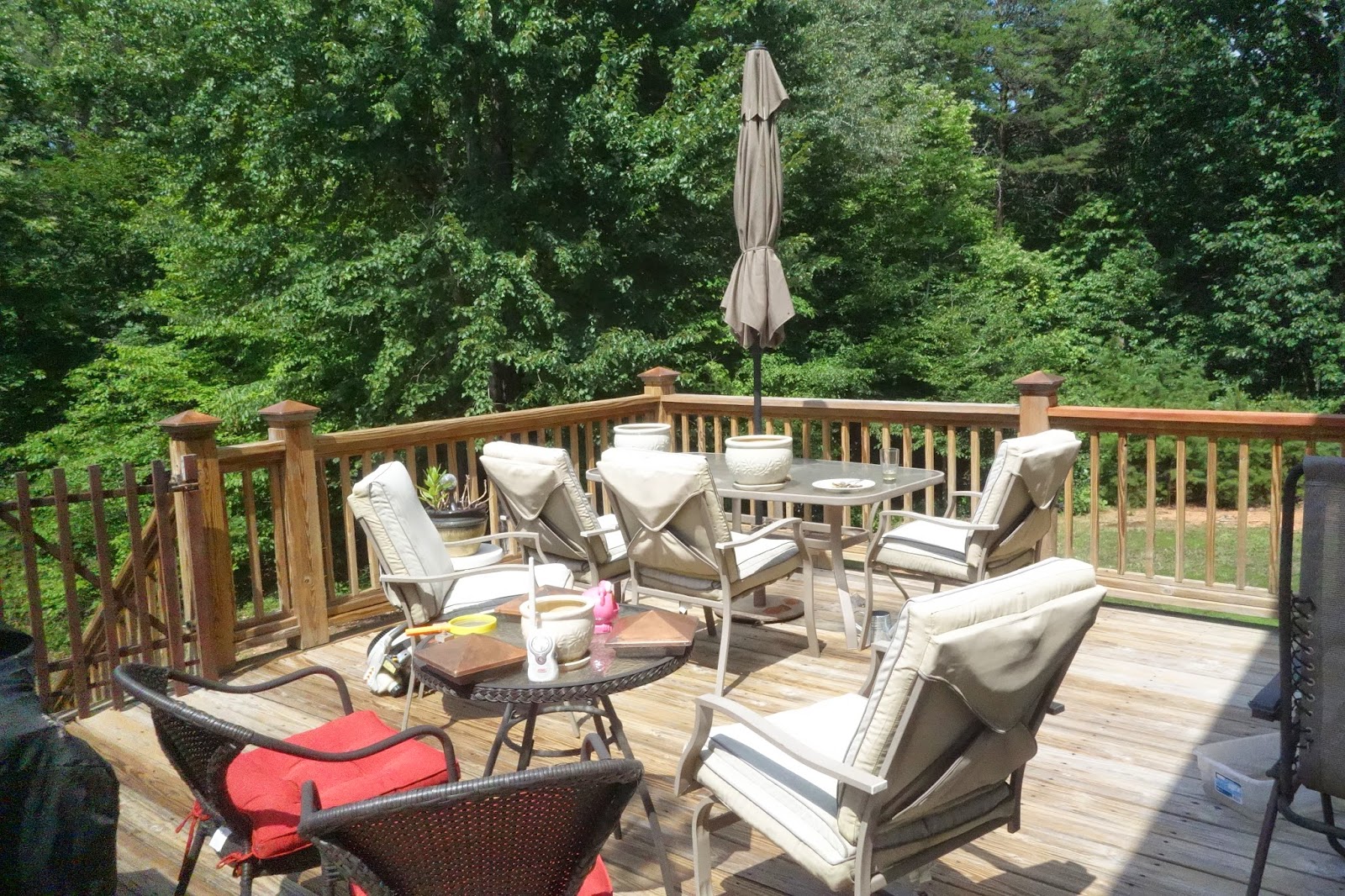 at first we were thinkinf just doing a clear coat sealer to protect it but keep the natural wood look but I made a quick decision (not something I normally do!) and went with it...We both like how it turned out 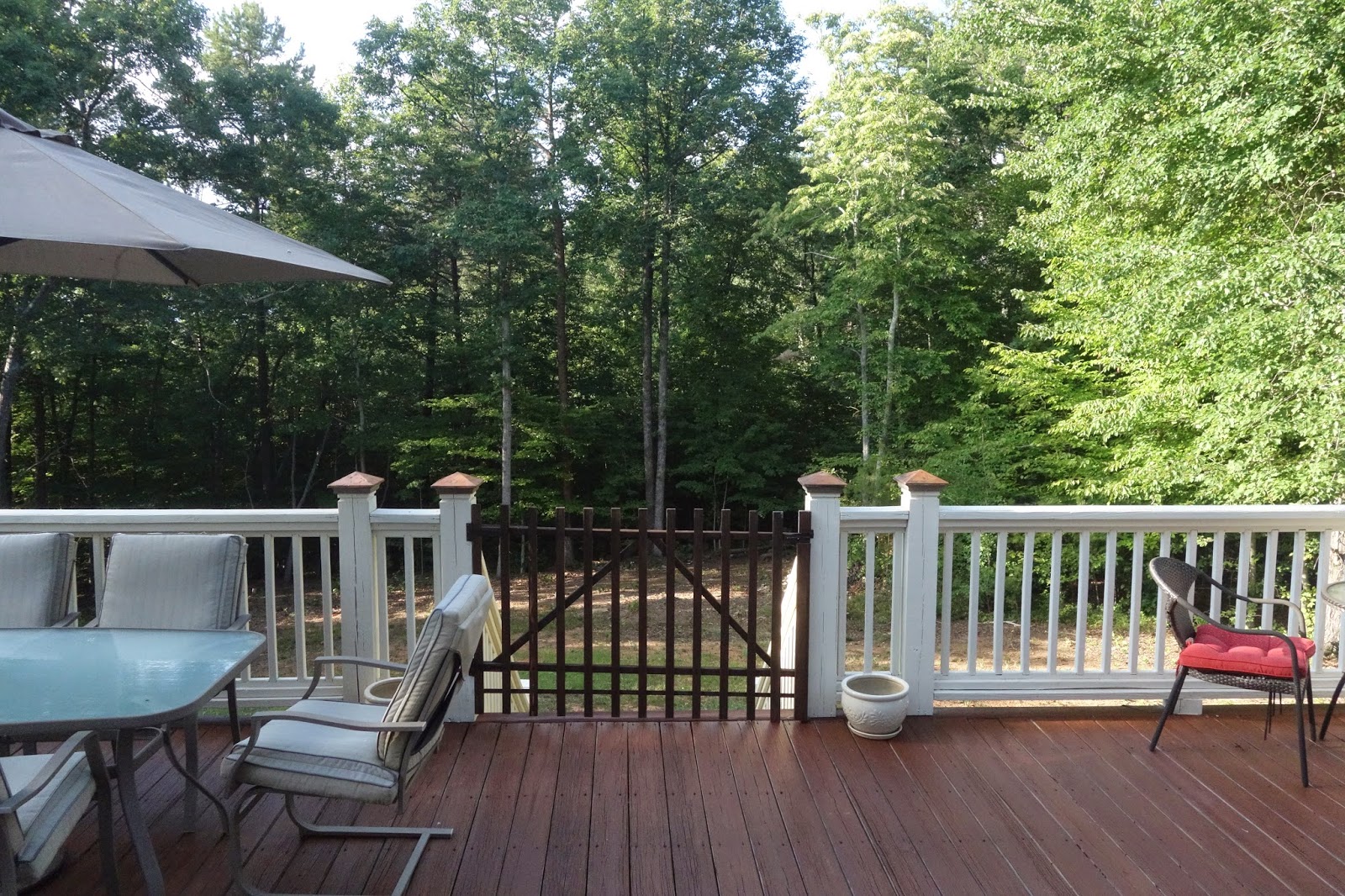 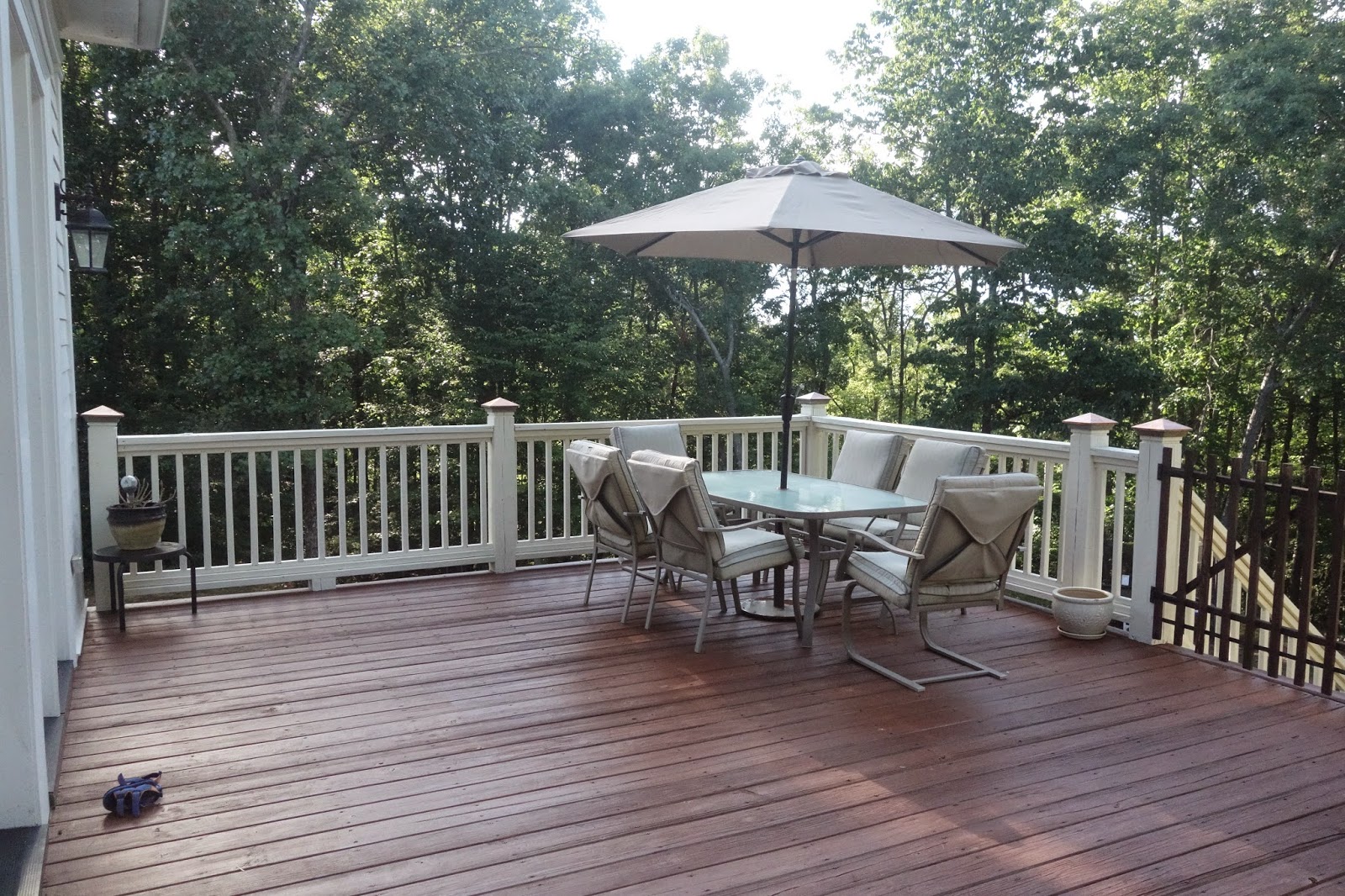 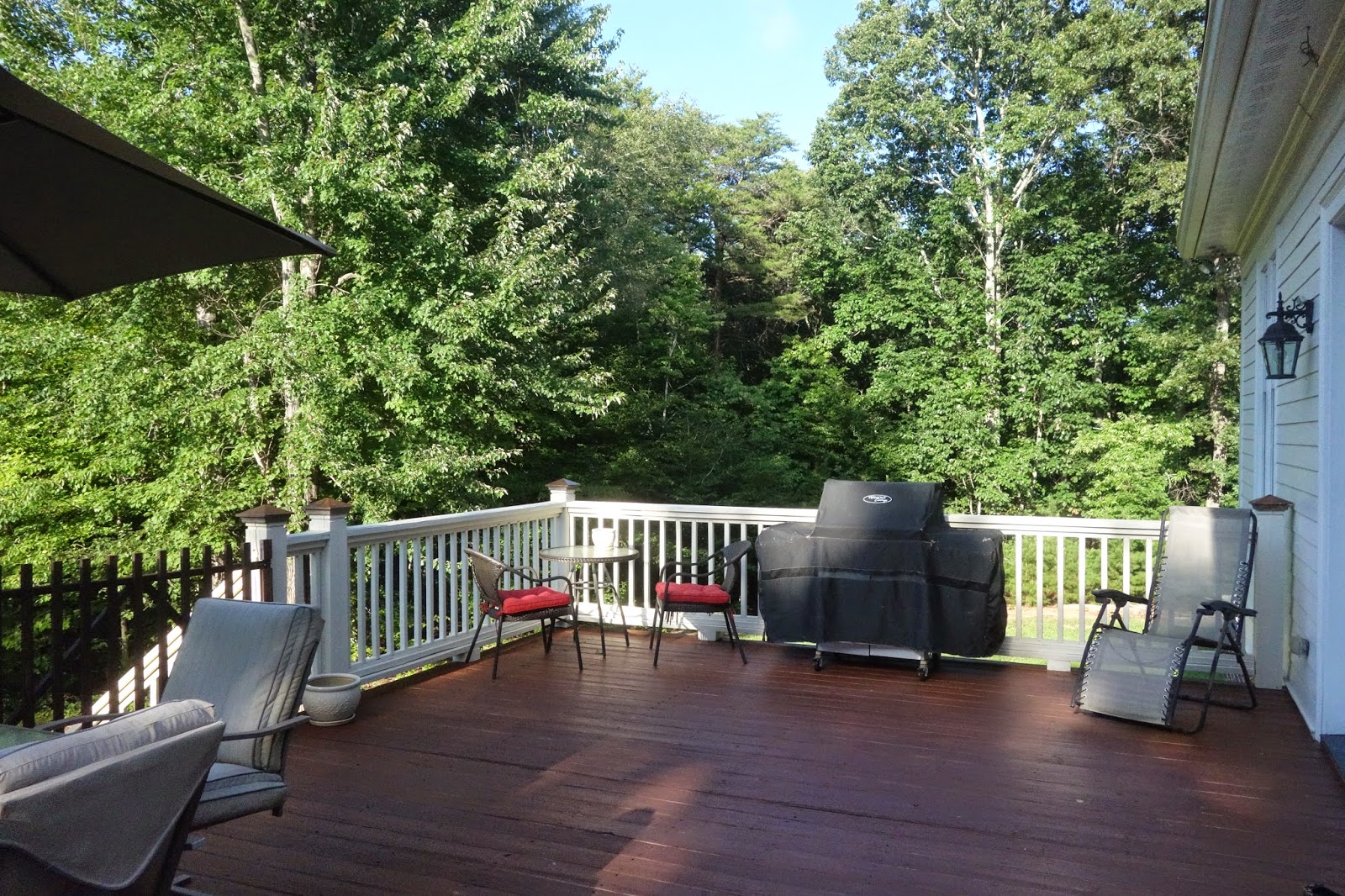 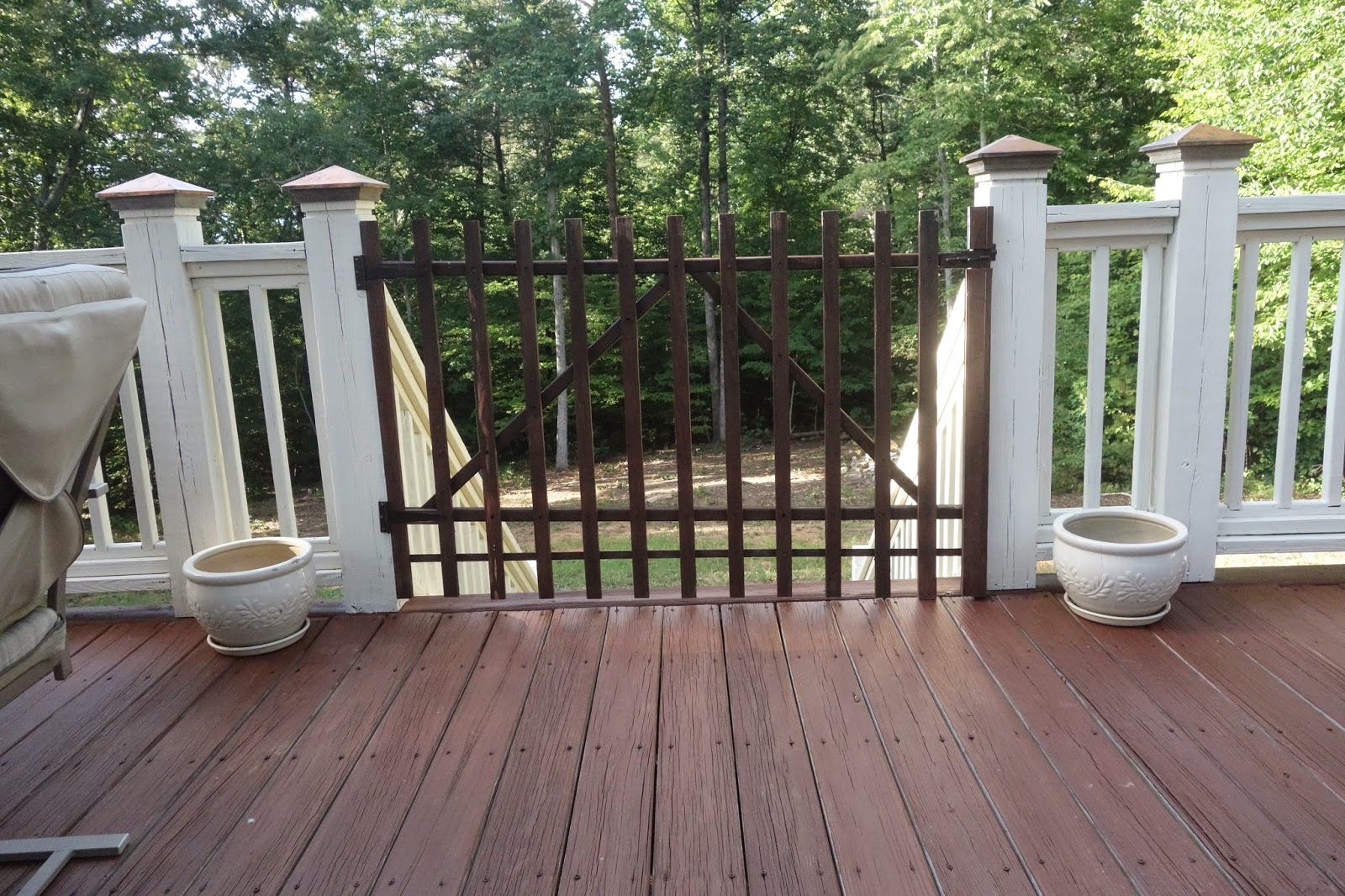 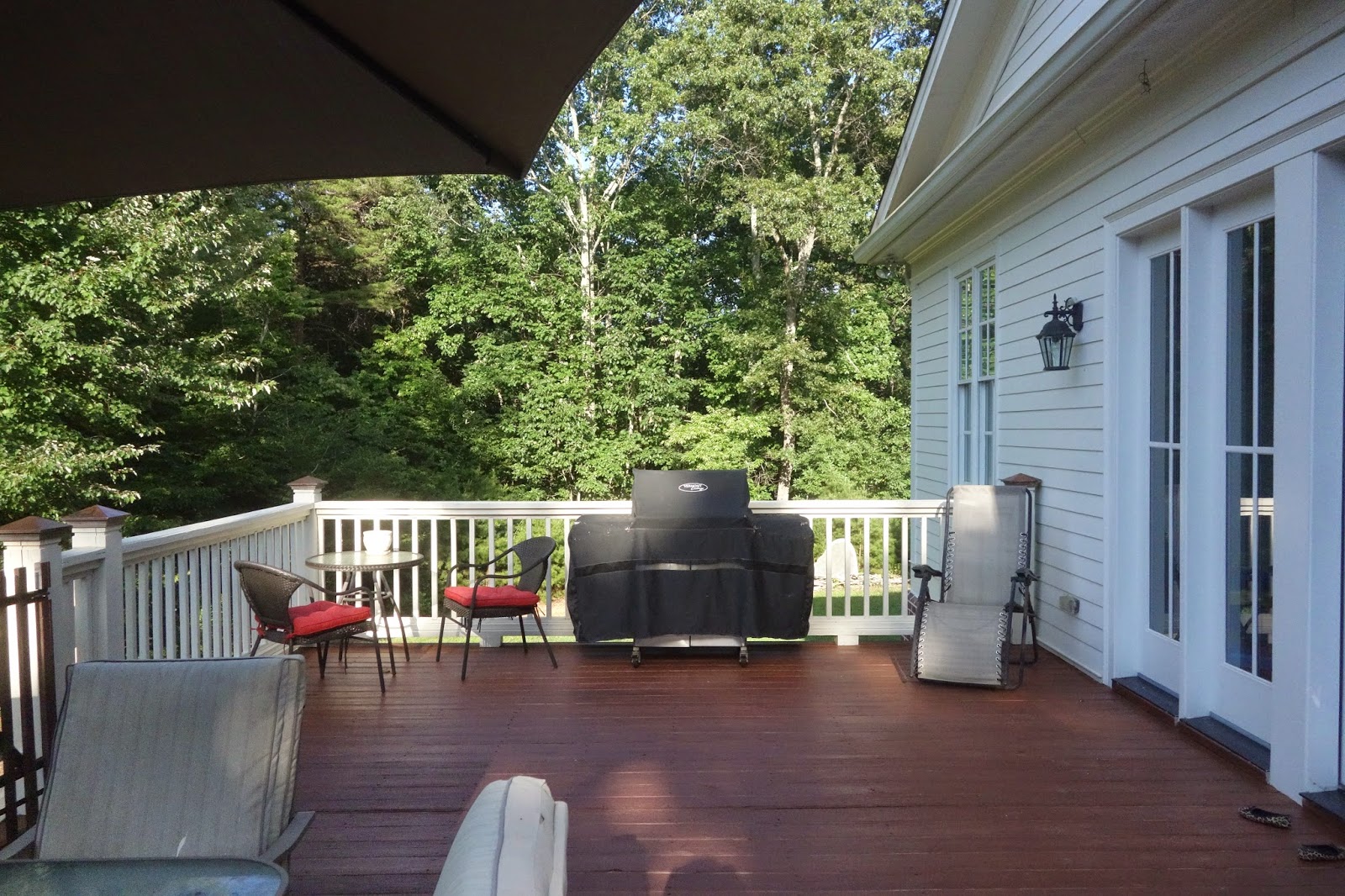 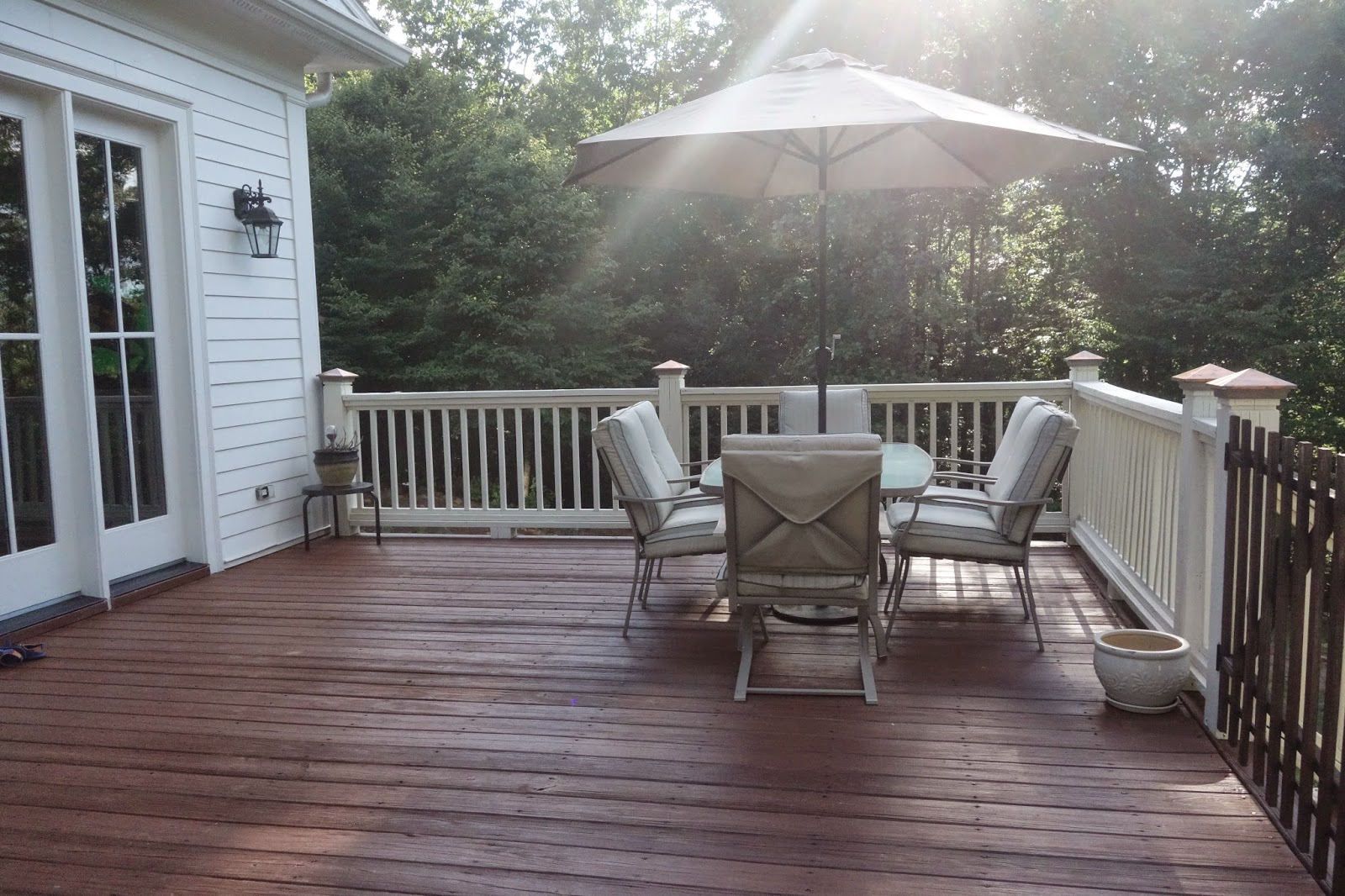 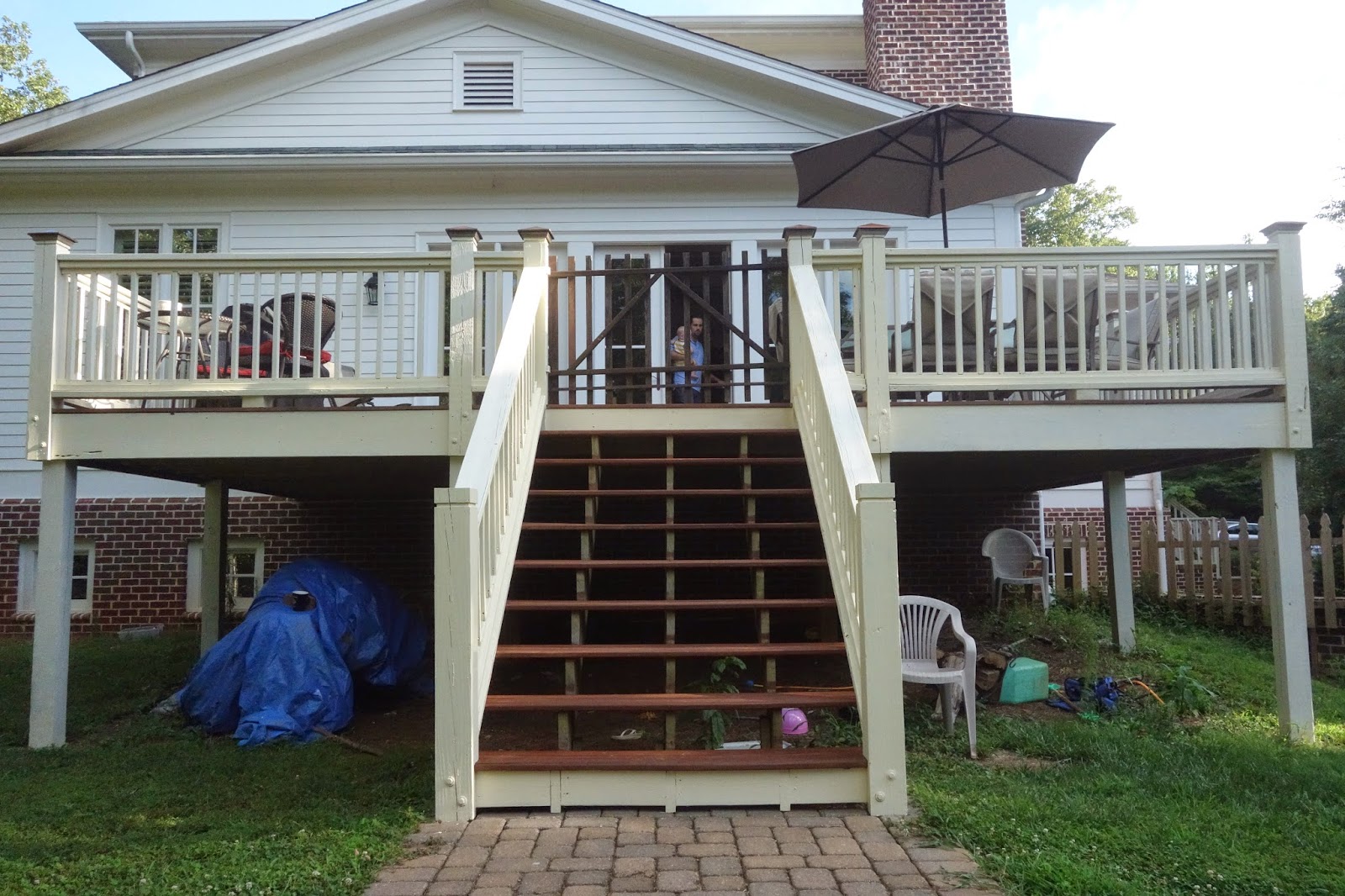 Next phase? This last picture reminds me we should probably get around to adding some deck skirting so we aren't looking under at our crap we store underneath, but at the end of the day...it's just one of those things that ain't the most important in the world so for now I'm just going to enjoy a finished project and having the chicken coop and deck getting protected off the Hubby's project list and just hang out!  Those were 2 projects that seemed unfinished for a long time, not because of him, just because they take a lot of time and he just does what he can when time permits.

Hold your stocks as long as you can, from a minimum of five years to maybe eternity. Do not sell when the markets have been rough for a day or even a year. play bazaar satta king