and his name is "Infinite P!" 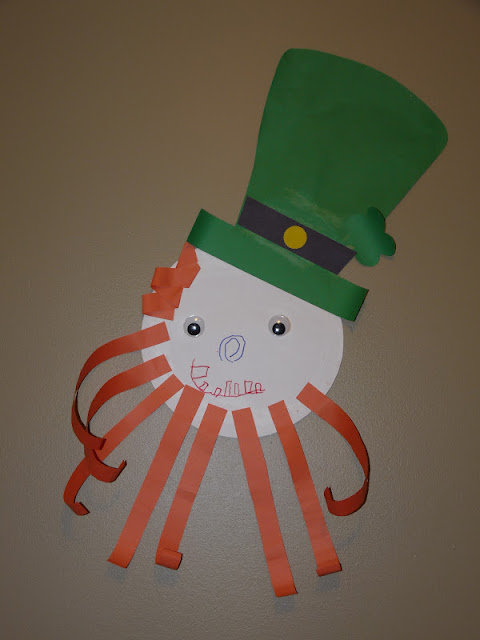 My friend saw some cute Leprechaun crafts online, but I have no idea where she saw this so no link, sorry!  But I love how my daughter glued his hat on kind of tilted to the side and gave him creepy teeth! cracks me up....and then she randomly named him Infinite P!  I never get tired of the things she comes up with! My friend and I were laughing because of the way his hat was off to the side she said "He looks like a pimp" when the girls weren't around and then when she came back and named him Infinite P, we just thought it was too funny.

She also made up a character named Racoona, who has a braid on top of her ponytail and a sponge on top of her head... and we have started jotting down her adventures.