I Lost My Husband One Year Ago

I don't know if people still read blogs but sometimes my IG posts are getting too long and hard to read through all the comments.  So I'm back here to share our story and the journey.

I hope to go back an tell more of our story but for now here is a summary of what has happened.

Thought I had my hands full with 3 children but after a while God kept putting this little girl in my mind and I struggled with trusting Him and indecision over having a 4th for like a year.

My husband was happy with 3 but He supported that sense that our family wasn't complete and agreed to having a 4th.

I still struggled to trust and tormented myself with fear and indecision, but ultimately trusted.

We found out we were pregnant with our 4th and were excited.

9 weeks in I had an ultrasound with no heartbeat.  I ultimately needed to have a D & C procedure because my body would not release the baby on its own.

We tried again when the Dr. said we could and were pregnant again.

We experienced another miscarriage, however after that, turned out to still be pregnant with a baby girl!  We had another beautiful homebirth using the same midwives as last time.  This time Tyler read a doula book and even though he was always a good birth partner, he really stepped up his game and I nicknamed him my Moula (man-doula).

When baby girl was 6 months old, I got the call from my mom that my dad, 7 years into his ALS battle, was starting morphine.  My husband had the baby and I on a flight within 8 hours to get cross country and I was able to get there in time for my dad to lay eyes on his 10th grandbaby for the first time before he became unresponsive. He peacefully passed on 9/11 and we felt relieved for my dad that he was no longer confined to that prison of a body ravaged by ALS. 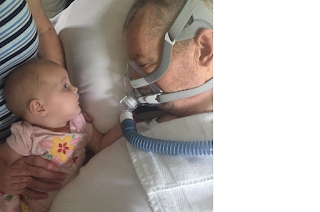 As we planned my dad's funeral, my husband Tyler was running a lot and began having pain in his leg that didn't feel like shin splints and so he figured it was a stress fracture from all the running and hiking he was doing and stubbornly refused to pay for an MRI when they can't do anything about it anyways, so when we got home from my dad's funeral, he picked up a bike and started cycling while he tried to limit the stress on his leg.

November, He had 2 colds back to back that lasted longer than he normally experienced and started wondering if something was wrong with his immune system. Thanksgiving was at the end of the month that year and he felt good on Thanksgiving and made the entire meal like he always did and we decorated for Christmas that night, something we never did before.  We usually waited but for whatever reason we did. the next week He was starting to have a headache and coming home from work early which, if you knew Tyler, was a beast and could normally push through anything.

I had made a dr appointment that was a week or two away because it was hard getting in any sooner the end of the year.  Took him to a massage and the next day discovered awful bruising on his back that had me really alarmed.  Things started to go south quick and took him to a walk in clinic rather than wait for that appointment.  We didn't expect it to be anything awful, but the next day he went from bad to worse, he was cold but sweating profusely, I really got scared, reminded me of my dad as we were by his side the night he slipped away.  I called them to rush his lab results.  They called back and said his blood cell count was high and to go to the ER, and that he likely had leukemia.

He went to the ER on Dec 12, (speaking of beast mode he actually was trying to go into the office that morning as he was concerned about finishing a project but I wouldn't let him...and if you know me I rarely would stand in someone's way) the ER doctor confirmed the Leukemia diagnosis. Next day transferred to Cancer Center and further testing narrowed down to ALL with the Philadelphia Chromosome.  I plan to share more details about this time later, but for now the short story is, he began Chemo, had a bad feeling about it, he felt like something bad was going to happen and rightly so, an hour or so into being hooked up to his first treatment he suffered a devastating brain bleed as I watched hospital staff pour into the room and try to revive him.  He was shocked and intubated and then on life support for 3 days which was removed December 23, 2019.  He was a strong, successful, amazing father and husband and only 36.

This Christmas marked our one year as a family without him with us.  It's still hard to fathom all that happened and that he's really gone.  For months the kids and I felt like he was on a work trip and would be walking in the door any moment, but as the year pressed on despite our resistance, the reality settles in more and more.  Covid and everything else in 2020 just felt like...well why not? Our world already didn't make sense anymore losing Tyler going into all that, it was hard to even be phased by it and other times it just compounded the overwhelm of life without Tyler.  But with all that, one of the last things I said to the ICU nurse as she held my hand near the end as I faced the impossible was "I still believe God is good." And a year later, despite the highs and lows, I still believe that God is good...even more so. 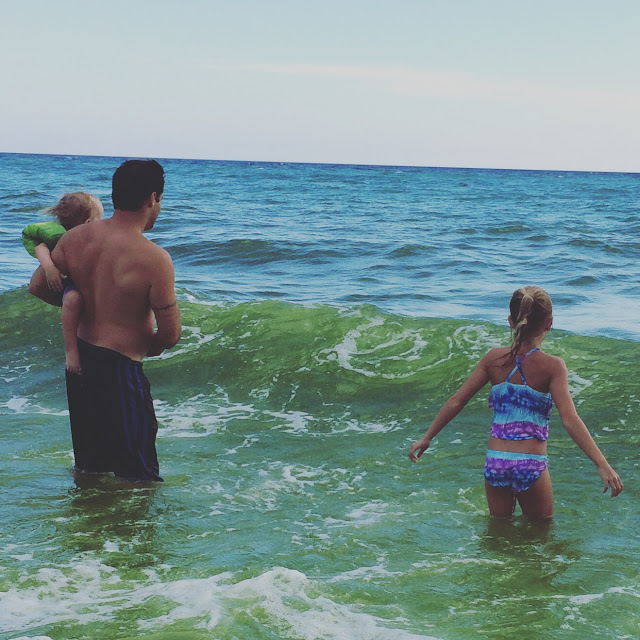 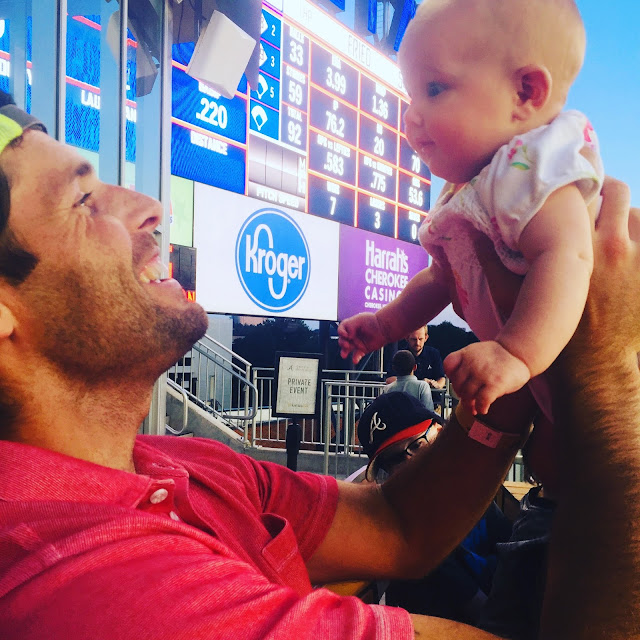 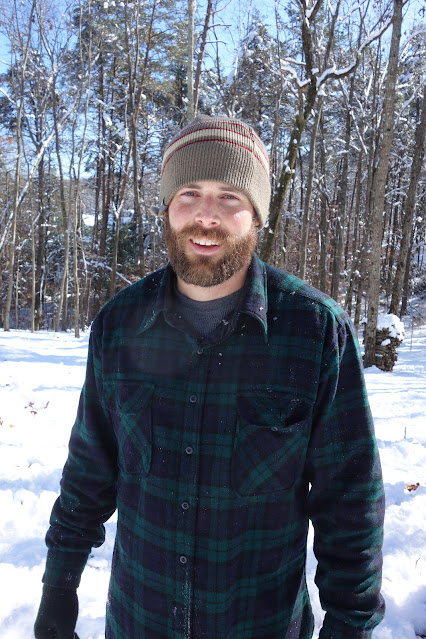 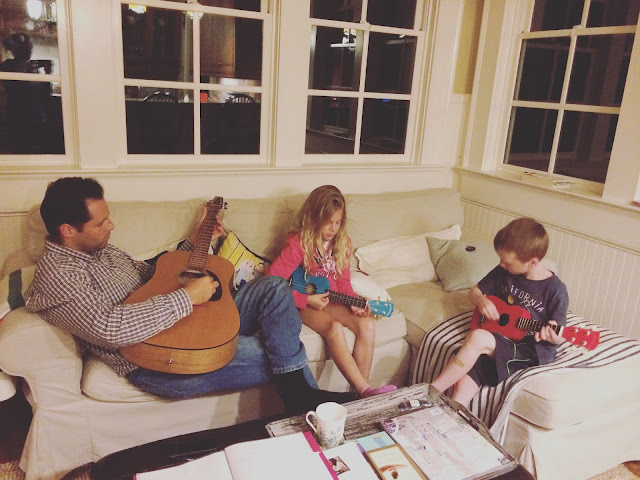 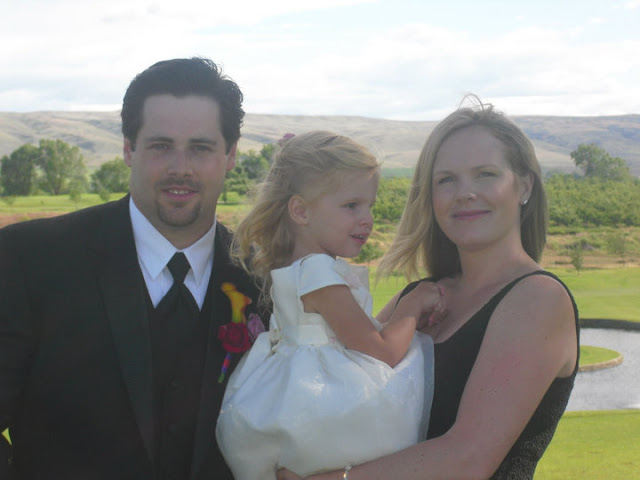 Candace I’m so glad you wrote an update on your blog. I rarely go back to blogs now unless I’m looking for a recipe but I always remember your blog is how I reconnected years ago with you and I loved your creativity with it.

You always seemed years ahead of anyone our age and now more than ever with your grace and wisdom through this Devastating trail you are an example and testimony of using The Saviours Atonement to carry you. So much love to you my friend.

Candace I’m so glad you wrote an update on your blog. I rarely go back to blogs now unless I’m looking for a recipe but I always remember your blog is how I reconnected years ago with you and I loved your creativity with it.

You always seemed years ahead of anyone our age and now more than ever with your grace and wisdom through this Devastating trail you are an example and testimony of using The Saviours Atonement to carry you. So much love to you my friend.

What a very nice content I am reading on your blog. It is so full of insight that I really think will help me in doing some findings about this topic nice work.